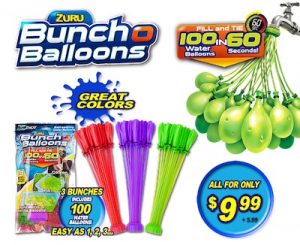 On November 21st, a jury verdict entered in the Eastern District of Texas awarded $12.3 million in damages to Tinnus Enterprises and ZURU Ltd. in a patent infringement case against major U.S. telemarketing firms Telebrands and its subsidiary Bulbhead.com. The verdict, which also carries a finding of willful infringement of the patents-in-suit, further upheld the validity of patents owned by Tinnus in stark contrast to findings which have issued by the Patent Trial and Appeal Board (PTAB) on those patents.

The damages award laid out in the jury verdict includes $10.25 million for lost profits, $2 million for reasonable royalty and $67,000 for additional infringement by retailer defendants. The jury found that Telebrands had willfully infringed on two patents:

A press release issued by ZURU to announce the successful jury verdict quotes Anna Mowbray, ZURU’s Chief Operating Officer, as saying, “We are committed to continuously fighting what we believe are knock-off companies like Telebrands who try to undercut inventors and claim innovations as their own.” She added that the company was looking forward to an award of enhanced damages based on Telebrands’ willfully infringing conduct. “The jury served justice today. Telebrands is infringing on our intellectual property and has received a strong message that this conduct will not be tolerated,” said Greg Smith, ZURU’s General Counsel. ZURU’s counsel was also aided by attorneys from Dunlap Bennett & Ludwig of Virginia as well as Findlay Craft of Texas.

As the owner of the patents-in-suit, Tinnus Enterprises still faces further challenges with the specter of patent validity trials for which Telebrands has petitioned at the PTAB. “[Our federal court win] means nothing unless the Supreme Court disbands the unconstitutional PTAB,” said Josh Malone, the inventor of the Bunch O Balloons toy covered by the Tinnus patents. The U.S. Supreme Court has the chance to do just that when it decides Oil States Energy Services, LLC v. Greene’s Energy Group, LLC, a case in which it just heard oral arguments on November 27th. Malone, Tinnus and ZURU have spent millions of dollars to protect the validity of patents which have been upheld in district court yet challenged on similar grounds and arguments at the PTAB leading to invalidity at that Article I tribunal.

In a phone interview regarding the jury verdict in Eastern Texas, Malone talked about a whirlwind of legal activities regarding the Tinnus patents occurring around the Thanksgiving holiday, including hearings on PTAB validity trials petitioned by Telebrands. “I was at the PTAB just one week after the jury verdict came out,” Malone said. “It was the same two patents and the same attorneys and arguments for Telebrands. It’s apparent to me that the district court is the proper place to decide patent disputes and the PTAB serves no legitimate purpose.” Malone’s experiences both in Article III federal courts and before the Article I PTAB tribunal have led him to believe that the PTAB proceedings short circuit due process protections available in the federal court where juries “are more than competent at determining the credibility of witnesses, seeing through attorney word games, weighing evidence, and delivering justice.”

Before the Eastern Texas jury verdict came out, Malone was concerned over the impacts of what he felt was a misrepresentation of patent law presented by Telebrands to the jury. Near the end of the case, Telebrands repeated invalidity challenges it had brought before, presenting three references and claiming that they disclosed the four structural components of Malone’s invention. “The worry is that the jury won’t understand that that’s not the law on obviousness,” he said, but after receiving instructions from the federal judge prior to their deliberations, Malone said that the jury, which he called “very engaged” throughout the trial, applied the law properly.

Conversely, Malone felt that the Executive Branch employees serving as APJs at the PTAB “did everything they could do to not find the invention” covered by the patents. “They have no business interceding in multi-million dollar intellectual property disputes,” he said. The true experts at the U.S. Patent and Trademark Office, in Malone’s eyes, are the examiners issuing patents in the first place. “The examiners are actually skilled in the art, they’re actually looking close to the time of invention, they’re actually an expert in a relevant, narrow field,” Malone said, noting that these weren’t necessarily traits shared by the APJs at the PTAB.

Malone noted that the conventional wisdom surrounding the appeal in Oil States, before it was eventually granted writ by the Supreme Court, was that SCOTUS wasn’t likely to take up the case given the high stakes of the argument being made about the PTAB’s constitutionality. The 57 amicus briefs filed in the case is one of the highest levels of briefing activity for any single case in front of SCOTUS going back over the past decade. Arriving at 6:00 AM Monday morning, Malone secured a seat in the gallery to listen to the Oil States oral arguments while his inventor colleagues protested outside of the Supreme Court and he noted that all Supreme Court justices had “challenging critiques of the PTAB.” Malone felt that Oil States counsel, Allyson Ho of Morgan Lewis, did a good job in presenting PTAB activities as disputes between two private parties and not an agency correction of an erroneous action.

Interestingly, Malone spoke of evidence that recent PTAB activities may be turning the tide back in favor of patent owners, a change presaged by VoIP-Pal’s recent victory in seven separate inter partes review (IPR) proceedings at the PTAB, victories which were found on the merits of VoIP-Pal’s case. On November 30th, the PTAB denied institution of a post-grant review (PGR) proceeding on another Tinnus patent. Part of the reasoning for denying the PGR involved the fact that the original patent examiner had already considered the same prior art and similar arguments based on that art. This finding comes despite Telebrands’ argument that the testimony of the petitioner’s expert witness was not in front of the examiner during the patent prosecution process. Interestingly, this was a new finding by the same panel of APJs which had sat on previous PGR proceedings against the Tinnus patents.