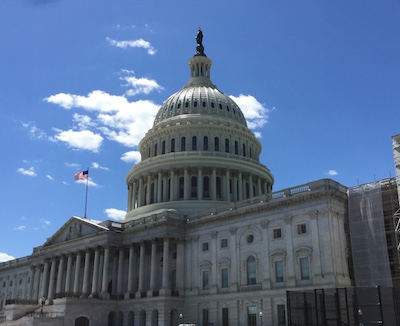 In late June, the Support Technology and Research for Our Nation’s Growth and Economic Resilience (STRONGER) Patents Act of 2017 was introduced into the U.S. Senate by co-sponsors Sen. Chris Coons (D-DE), Sen. Tom Cotton (R-AR), Sen. Dick Durbin (D-IL) and Sen. Mazie Hirono (D-HI). The bill’s purpose is “to strengthen the position of the United States as the world’s leading innovator by amending title 35, United States Code, to protect the property rights of the inventors that grow the country’s economy.”

In a press release published on his Senate website, Coons is quoted as saying that “supporting American inventors is not a partisan issue. The value and importance of patents is astounding, contributing over $800 billion in value to the U.S. economy and the source of millions of jobs for Americans. But, we must work together to ensure that the patent laws keep up with the innovators, so their ideas and businesses can fuel the American economy for generations to come.” Cotton’s statement noted that the erosion of patent rights imperil innovation and job growth, so strong patent protections are necessary to fully grow the economy. “I’m glad to see my colleagues from both sides of the aisle understand just how important patent rights are to our future,” Cotton is quoted as saying.

A one-pager on the STRONGER Patents Act explains why the bill was drafted in the first place. The overview cites changes wrought by the U.S. Supreme Court and unintended consequences of activities at the Patent Trial and Appeal Board (PTAB) created by the America Invents Act (AIA) of 2011 which have undermined the U.S. patent system, which was ranked 10th worldwide by the U.S. Chamber of Commerce despite having the top rank each of the previous four years. This shows significant impacts to patent-intensive industries creating high paying jobs with wage premiums of 74 percent and the $85 billion trade surplus that the U.S. enjoys due to the licensing of intellectual property. At the same time, the bill also has aspects which target the abuses of bad-faith demand letters as well as provide full funding for the USPTO to create high quality patents.

The major bulk of the bill consists of amendments to both inter partes review (IPR) and post-grant review (PGR) proceedings at the PTAB. A two-pager providing a section-by-section review of the bill summarizes the various amendments made to IPRs and PGRs. First, the bill would harmonize the claim-construction standard used in PTAB proceedings with the standard used in district court, requiring claims to be construed as they would under patent validity challenges made under 35 U.S.C. Section 282(b) for the ordinary and customary meaning of the claim while also taking into account claim constructions from previous court rulings. In terms of burden of proof, the bill also harmonizes IPRs and PGRs with district court proceedings by maintaining the presumption of patent validity governed by 35 U.S.C. 282(a) and placing the burden of proving unpatentability “by clear and convincing evidence” on the petitioner. For standing, the bill would amend IPR and PGR statutes to ensure that petitioners have either been sued by the patent owner or have been charged with infringement, limiting standing to those parties with a real financial or business interest in the patent to limit incentives for privateering or extortion of nuisance settlements. The bill would also amend existing U.S. code surrounding patent law to provide discovery of real parties in interest in PTAB petitions, including setting forth procedures for the deposition of witnesses submitting affidavits or declarations.

Along with the changes to existing code surrounding IPR and PGR proceedings, the STRONGER Patents Act would also insert a great deal of new language into the statutes governing those proceedings. The bill would place new limitations on review proceedings requiring that the USPTO Director to not institute a petition on any claim if an IPR or PGR proceeding has previously been instituted with respect to that claim. It would also allow a party to file an interlocutory appeal on decisions to institute petitions in order to address clear errors in the institution decision, a reasonable addition given the fact that the U.S. Court of Appeals for the Federal Circuit (Fed. Cir.) has issued decisions finding that the PTAB has improperly instituted review proceedings.

Patent owners who have seen their patents challenged at PTAB might be encouraged to find out that the STRONGER Patents Act would introduce more estoppel into IPR and PGR proceedings. The bill would prevent a petitioner from filing a new challenge to the same claims for which they’ve already petitioned for a review challenge “on any ground that the petitioner raised or reasonably could have raised in the initial petition” unless the petitioner is charged with infringing additional claims from the patent. This provision of the bill also limits a petitioner’s ability to challenge the validity of the patent in district court proceedings under grounds which they’ve already brought up in the PTAB petition.

Other aspects of the bill introducing new language into patent code further refine the definition of real party in interest to include any person making a financial contribution to a challenge, whether directly or through an affiliate. The bill also elevates the status of federal court patent validity reviews, whether in district court or at the U.S. International Trade Commission (ITC) in Section 337 investigations, so that review proceedings at PTAB are barred or stayed pending appeal of the federal court’s validity finding. Finally, the STRONGER Patents Act would adjust the claim amendment process so that a patent owner can present substitute claims “whose patentability will be adjudicated by the [PTAB]” and create an expedited process for determining the patentability of substituted claims involving patent examiners at the USPTO.

Administrative patent judges (APJs) sitting on panels which decide to institute an IPR or PGR proceeding would not be permitted to sit on the panel which decides the outcome of that petition under Section 104 of the STRONGER Patents Act. Section 105 seeks to harmonize ex parte reexaminations with IPRs and prevents a party from seeking ex parte reexams if the request is filed more than one year after that party or a real party in interest is alleged of infringing the patent. Section 106, titled “Restoration of Patents as Property Rights”, would adjust the language of 35 U.S.C. Section 283 to include a clause on injunctions which restores the presumption of injunctive relief upon a finding that a patent is both valid and infringed. Section 107 of the STRONGER Patents Act seeks to eliminate fee diversion at the USPTO by establishing a revolving fund in the U.S. Treasury.

The STRONGER Patents Act, in Section 108, would also introduce new aspects to 35 U.S.C. Section 271, the statute governing infringement of a patent. Induced infringement could be proven by showing that the alleged infringer intended to cause the acts which constitute the infringement. New proposed rules would also target infringers who outsource the manufacturing of a patent infringing technology. The statute would also further clarify the Federal Circuit’s holding in Akamai v. Limelight by eliminating the single-entity rule, allowing for allegations of divided infringement.

The last two sections of Title I of the STRONGER Patents Act deal with universities and small businesses, many of such entities which have been greatly affected by the erosion of U.S. patent rights in recent years. Section 109 would clarify that institutions of higher education qualify as micro-entities under the terms of the AIA. Section 110 would require the Small Business Administration (SBA) to issue two reports, one looking at the reliance of small businesses on patent rights, the other examining the prevalence of abusive demand letters. This section would also increase the Patent Pilot Program being used in U.S. district courts to create processes for expediting cases in which an individual or small business is accused of patent infringement. Finally, Section 110 would also make all patent and trademark information available through the USPTO’s public search facility in Alexandria, VA, available for free online including all search tools and databases, informational materials and training classes and materials.

Title II of the STRONGER Patents Act is titled Targeting Rogue and Opaque Letters (TROL). The language of this section closely reflects the language of the TROL Act of 2015, empowering the Federal Trade Commission (FTC) to enforce against demand letters which are issued in bad faith and are aimed at extorting payments, which the FTC would prosecute as an unfair or deceptive act.