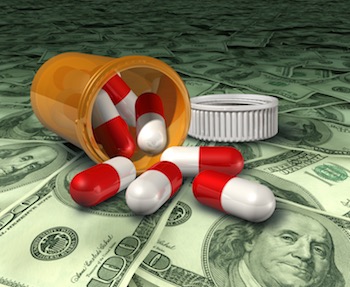 Consumers suffer the scourge of high drug prices. Brand-name drug companies reap monopoly profits. But generic drugs, which promise lower prices, are often nowhere to be found. One reason is that brand firms have engaged in an array of conduct to block generics.

One particularly egregious practice involves denying samples of a brand drug to a generic that requests it. In 1984, Congress passed a law to speed generics to the market. At the time, consumers were paying monopoly prices for 150 drugs even though their patents had expired. Congress thus allowed generics to piggyback on the costly clinical trials run by brand firms.

Before generics can take advantage of this law, however, they need access to a sample of the brand drug. That access allows them to show that their version is bioequivalent, absorbed into the body at the same rate.

In short: A sample is crucial. Without it, there is no generic.

Brand firms have discovered a nifty trick. By denying a sample to the generic and ensuring that they cannot get it elsewhere, the generic is not able to enter the market.

For an example of this strategy, look no further than “Pharma Bro” Martin Shkreli. Shkreli is notorious for securities fraud allegations; spending $2 million on a Wu-Tang Clan album so he could “keep it from the people”; repeatedly refusing to testify during congressional testimony; and increasing the price of Daraprim, a drug treating the fatal brain infection toxoplasmosis, 5000 percent, from $13.50 to $750 per pill.

While this price increase garnered significant attention, Shkreli’s company, Turing Pharmaceuticals, initiated a less-noticed move, changing the distribution scheme for Daraprim from one in which the drug was widely available to one in which supplies could only be obtained from a single source, Walgreen’s Specialty Pharmacy.

If there were any doubt as to the reason for the change in the distribution system, it was dispelled by Turing itself. Jon Haas, the director of patient access, admitted that he “would block [a] purchase” if a generic firm tried to order the pill, and conceded that Turing “would like to do our best to avoid generic competition” and was “certainly not going to make it easier” for the generics.

This is not unique. The Food and Drug Administration has received more than 100 inquiries from generic firms unable to access samples of brand drugs. Sales of drugs for which samples are not available have totaled in the billions.

Brand firms have imposed similar hurdles in the setting of Risk Evaluation and Mitigation Strategies (“REMS”) programs, which the FDA imposes to ensure that a drug’s benefits outweigh its risks. Such a setting can serve as cover to block the generic from reaching the market, even where the generic has received government approval.

This behavior also could harm patients in the context of biologics, which are derived from living organisms and are more complex than traditional pharmaceutical drugs. The denial of samples here could have an even greater effect, as patients often pay hundreds of thousands of dollars per year for biologics.

On June 14, the Senate Judiciary Committee introduced the “Creating and Restoring Equal Access to Equivalent Samples Act of 2016” (“CREATES Act of 2016”). Co-sponsored by Senators Grassley, Klobuchar, Leahy, and Lee, the bipartisan bill would require brand companies to provide samples to companies that request them. And if they do not provide sufficient quantities on “commercially reasonable, market-based terms,” the product developer could, in addition to obtaining the sample, receive attorneys’ fees and other damages. In other words, the brand game of denying samples to block entry would be over.

Drug prices significantly affect public health. They could even mean the difference between life and death. Given the plague of high drug prices, the CREATES Act offers a simple, effective solution that should be enacted. There is no time to waste.

Michael Carrier is Distinguished Professor at Rutgers Law School, where he specializes in antitrust and IP law. He is co-author of the leading IP/antitrust treatise, IP and Antitrust Law: An Analysis of [...see more]