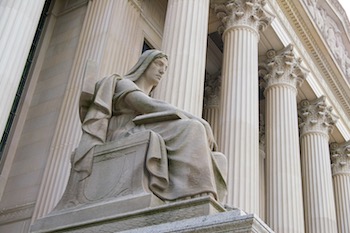 On June 13, 2016, the Supreme Court issued a combined decision in Halo Electronics v. Pulse Electronics and Stryker v. Zimmer, rejecting the Federal Circuit’s rigid test for awarding enhanced damages for willful infringement under 35 U.S.C. § 284. This result was anticipated widely in the wake of the Supreme Court’s decisions in Octane Fitness v. ICON Fitness and Highmark v. Allcare Health Management, which rejected a similarly rigid test for awarding attorney fees under in 35 U.S.C. § 285. Indeed, in a concurring opinion to the Federal Circuit decision in Halo v. Pulse, Circuit Judge O’Malley predicted this result and suggested the Federal Circuit “reevaluate [its] standard for the imposition of enhanced damages in light of the Supreme Court’s recent decisions” in Octane and Highmark. Halo Elecs., Inc. v. Pulse Elecs., Inc., 769 F.3d 1371, 1384 (Fed. Cir. 2014) (O’Malley, concurring).

But unlike Octane and Highmark, which generally direct courts to consider the totality of the circumstances, the Halo opinion provides more specific guidance by directing courts to focus more on the state of mind of the infringer and less on the objective reasonableness of the infringer’s defenses in determining willful infringement. This increased focus on the infringer’s state of mind, in addition to other aspects of the Supreme Court’s Halo decision, should make it easier for plaintiffs to obtain enhanced damages.

In both Halo Electronics, Inc. v. Pulse Electronics, Inc., 769 F.3d 1371 (Fed. Cir. 2014) and Stryker Corp. v. Zimmer, Inc., 782 F.3d 649 (Fed. Cir. 2015), the Federal Circuit applied the test for determining willful infringement set forth in In re Seagate Technology, LLC, 497 F.3d 1360 (Fed. Cir. 2007). The Seagate test required a plaintiff to prove by clear and convincing evidence both: a) that “the infringer acted despite an objectively high likelihood that its actions constituted infringement of a valid patent” (the “objective prong” of the Seagate test) and b) that “this objectively-defined risk . . . was either known or so obvious that it should have been known to the accused infringer” (the “subjective prong” of the Seagate test.)  In re Seagate, 497 F.3d at 1371.

The objective prong of the Seagate test typically presented a high bar for proving willful infringement, because it required proving that a defendant did not present any non-infringement or invalidity defenses that were not “objectively baseless.”  Courts often found defenses to be not “objectively baseless” even where they were unsuccessful at trial or on summary judgment. Significantly, the state of mind of the infringer was entirely irrelevant to the objective prong, which meant that an infringer could rely on a defense that the infringer did not actually believe in or that the infringer only became aware of after the infringement took place.

For example, in the Federal Circuit’s Halo decision, the court affirmed the denial of Halo’s willfulness claims on the grounds that Pulse’s obviousness defenses were not “objectively baseless,” even though the jury rejected those defenses at trial.  The Federal Circuit also rejected Halo’s argument that Pulse’s obviousness defenses should not be considered because they were developed during the litigation and Pulse was not aware of them when the infringement took place.  And in the Stryker v. Zimmer case, the Federal Circuit reversed the district court’s award of treble damages for willful infringement on the grounds that Zimmer’s failed non-infringement defenses were not objectively baseless, even though those defenses relied upon claim constructions that the district court rejected.

The Supreme Court’s Halo decision abrogates the Seagate test as being overly rigid and inconsistent with the language of 35 U.S.C. § 284.  In particular, the High Court noted that § 284 simply states that “the court may increase the damages up to three times” and that the Court has “emphasized that the word ‘may’ clearly connotes discretion.”  Halo Elecs., Inc. v. Pulse Elecs., Inc., Nos. 14-1513 and 14-1520, 579 U.S. __, slip op. at 8 (June 13, 2016).  Thus, the Court found that “a district court’s discretion should be exercised” in deciding whether to grant enhanced damages under § 284 and that the Seagate test “impermissibly encumbers the statutory grant of discretion to district courts.”  Id. at 8-9.  The Court then went on to specifically reject three major aspects of the Seagate test.

First, the Court rejected the objective prong of Seagate.  As the Court observed, the objective prong “excludes from discretionary punishment many of the most culpable offenders, such as the wanton and malicious pirate who intentionally infringes another’s patent” because “a district court may not even consider enhanced damages for such a pirate, unless the court first determines that his infringement was ‘objectively’ reckless.”  Halo at 9.  By crafting a defense after being accused of infringement, “someone who plunders a patent—infringing it without any reason to suppose his conduct is arguably defensible—can nevertheless escape any comeuppance under § 284 solely on the strength of his attorney’s ingenuity.”  Id. at 10.

In rejecting the objective prong of Seagate, the Court rejected the notion that a defendant may escape the specter of enhanced damages by asserting a defense that the defendant was unaware of at the time the infringement occurred.  For example, the Court pointed out that under the Seagate test, “[t]he existence of . . . a defense insulates the infringer from enhanced damages, even if he did not act on the basis of the defense or was even aware of it.”  Halo at 10.  But, as the Court stated, “culpability is generally measured against the knowledge of the actor at the time of the challenged conduct.”  Id.  Moreover, in response to an argument by Pulse based on the Court’s earlier Safeco decision, the Court held that “[n]othing in Safeco suggests that we should look to facts that the defendant neither knew nor had reason to know at the time he acted.”  Id. at 11.

The Second major departure from Seagate was the evisceration of the “clear and convincing evidence” standard for proving willful infringement.  See Halo at 12. The Court noted that “patent-infringement litigation has always been governed by a preponderance of the evidence standard” and held that nothing in the language of § 284 suggested applying a higher standard. Id. The Court further noted that Congress had expressly included a higher standard of proof elsewhere in the Patent Act, but not in § 284. See id. Thus, the Court held that a plaintiff need only prove willful infringement by a preponderance of the evidence.

Third, the Court rejected the Federal Circuit’s use of different standards of review on appeal for different aspects of the Seagate test.  See Halo at 12. Under Seagate, the objective prong was subject to de novo review on appeal, the subjective prong was subject to review for substantial evidence, and the ultimate decision on whether to award enhanced damages was subject to review for abuse of discretion. See id. at 5-6. The Court held that, because the decision to grant enhanced damages was committed to the district court’s discretion, the abuse of discretion standard should be the sole standard of review on appeal. See id. at 12-13.

The Court’s unanimous decision in Halo was followed by a concurrence written by Justice Breyer, and joined by Justices Kennedy and Alito, which discussed the limits on the Court’s discretion to grant enhanced damages under § 284. For example, Justice Breyer cautioned that “while the Court explains that ‘intentional or knowing’ infringement ‘may’ warrant a punitive sanction, the word it uses is may, not must.” Halo v. Pulse, Breyer concurring opinion, at 2 (emphasis in original).

Halo should make it easier to obtain enhanced damages, not only because of the lower burden of proof but also because of the elimination of the objective prong. The new framework of Halo puts the state of mind of accused infringers front and center, and eliminates the ability to argue that enhanced damages are not appropriate based upon defenses that were not actually considered.