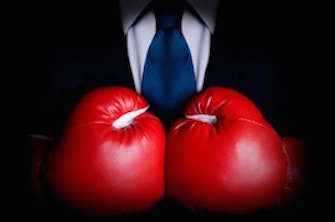 Yesterday the Wall Street Journal published an article explaining the novel strategy of Kyle Bass, head of Hayman Capital Management, to make money by invalidating patents. Bass, who has teamed up with Erich Spangenberg, has filed several petitions for inter partes review (IPR) at the United States Patent and Trademark Office (USPTO) asking the Patent Trial and Appeal Board (PTAB) to invalidate patent claims covering drugs. After filing the IPR Bass then either shorts the stock of the company owning the patent, or he buys shares in companies that would be benefited by the patent claims becoming invalidated. What Bass is doing is alternatively characterized as creative and brilliant, or evil and abusive.

Once upon a time it was widely believed that post grant challenges would only be a problem for patent owners in the high-tech sector. Increasingly, however, pharmaceutical and biotechnology companies are finding that their patents are coming under fire, which is alarming given that these companies have relatively few patents covering the commercialized product. If the Bass challenge is successful there will be many more that follow due to the heavy reliance on patents to protect the extremely expensive research and development required to take pharmaceuticals and biosimilars to market. Indeed, if Bass is successful it could be catastrophic for the industry.

Regardless of whether you believe Bass is doing a public service, or he is engaged in an unforeseen abuse of process, an important question remains: Is Bass able to use IPR to challenge patent claims in this way? Unfortunately, the answer is complicated due to the fact that the statute seems to suggest one answer, while the legislative history suggests a different answer.

The history of post grant review at the USPTO is relatively short. Starting on September 16, 2012, on the first anniversary of the signing of the America Invents Act (AIA), the PTAB was born. The jurisdiction of the PTAB is greatly expanded compared to the previous Board of Patent Appeals and Interferences (BPAI). Most specifically, the PTAB conducts trials within the Patent Office. These trials are required by the new procedures ushered in by the AIA, namely Inter Partes Review (IPR), Post-Grant Review (PGR) and Covered Business Method (CBM) Review. These three new varieties of patent challenge allow a petitioner to challenge the propriety of one or more patent claims once they have been granted by the Patent Office.

The challenges being brought by Bass are IPRs. In an IPR the petitioner may request to cancel as unpatentable one or more claims of a patent only on a ground that could be raised under 35 U.S.C. 102 or 103 and only on the basis of prior art consisting of patents or printed publications. See 35 U.S.C. 311(b). The contest between the petitioner and patent owner is played out in an administrative trial in front of a panel of the PTAB. The PTAB will not institute an IPR unless there is a reasonable likelihood that the petitioner would prevail with respect to at least one of the claims challenged in the petition. The determination by the Director whether to institute an inter partes review under 35 U.S.C. 314 is final and nonappealable. See 35 U.S.C. 314(d).

As you can see, in order to challenge a patent using CBM the petitioner must be a defendant in a patent infringement lawsuit, or have been charged with infringement. No such similar requirement exists for either IPR or PGR. This is why Bass has a legitimate reason to believe that he can challenge patents despite having no direct interest in the patent either as an alleged infringer, licensee or prospective licensee.

Despite the fact that the statute on its face seems to allow any petitioner to file an IPR, it still feels wrong to many in the industry that a wealthy businessman should be able to reap financial rewards for a situation he creates. This is no doubt reinforced by familiarity with post grant procedures at the USPTO and why they were created in the first place.

Patent reform efforts that ultimately culminated in the AIA were underway for at least five years prior to enactment of the legislation. In one earlier round of reform attempts, on April 18, 2007, Congressman Howard Berman speaking on the introduction of the Patent Reform Act of 2007, explained that the post grant procedures in the legislation were to “provide meaningful, low-cost alternatives to litigation for challenging the patent validity…” Berman would go on to say:

“The post-grant procedure is designed to allow parties to challenge a granted patent through a expeditious and less costly alternative to litigation. Many have expressed concerns about the possibility of harassment of patent owners who want to assume quiet title over their invention. In an effort to address those concerns, the bill prohibits multiple bites at the apple by restricting the cancellation petitioner to opt for only one window one time. The bill also requires that the Director prescribe regulations for sanctions for abuse of process or harassment.”

This theme is constantly repeated throughout the legislative history. Post grant procedures were designed to be an alternative to litigation, and Congress was well aware of at least some potential abuses of the new procedures. The intent was to give those with a justiciable grievance a cheaper, faster forum in which to challenge a patent. Likewise, the procedures were designed to the greatest extent possible to prevent abuse of process and/or harassment. The legislative history is silent with respect to the type of challenge Bass is bringing, although it stretches the imagination to believe that Congress intended to allow pharmaceutical companies to be subjected to a challenge by an individual or entity that would not have standing to sue in Federal District Court.

But Congressman Berman was not the only one to make these same assertions, nor were they only made with respect to the Patent Reform Act of 2007.

One of the three goals of the Patent Reform Act of 2007 was “to improve and clarify several aspects of patent litigation, including the creation of a less expensive, more expeditious administrative alternative to litigating patent validity issues,” explained Senator Patrick Leahy (D-VT) on January 24, 2008. “The time has come to eliminate the inter partes reexamination system and replace it with a new post-grant review system at the USPTO that will give third parties a quick, inexpensive, and reliable alternative to district court litigation to resolve questions of patent validity.”

Similarly, in a report from the minority relating to post grant review procedures contained within the Patent Reform Act of 2007, Senators Tom Coburn (R-OK), Charles Grassley (R-IA), Jon Kyl (R-AZ) and Sam Brownback (R-KS), explained that post grant review procedures “should be timely and streamlined and should take issues off the table that cannot be resurrected in subsequent litigation, providing a cost effective alternative to litigation. To protect patent holders from harassment and abuse by a competitor or infringer, the system must be narrowly crafted with appropriate safeguards.”

Fast forward to 2011. On the Senate floor during the patent reform debate on February 28, 2011, Senator Orrin Hatch (R-UT) explained: “The bill will also establish another means to administratively challenge the validity of a patent at the U.S. Patent and Trademark Office, USPTO— creating a cost-effective alternative to formal litigation, which will further enhance our patent system.” Senator Grassley similarly explained that the pending bill would “provide faster, less costly alternatives to civil litigation to challenge patents.” Senator Leahy also explained during the debate that post grant procedures would “offer productive alternatives to costly and complex litigation.”

On March 7, 2011, Senator Leahy would again echo his previous comments, saying the bill would “streamline the current ‘inter partes’ system so that it will be a more efficient alternative to litigation.” Similarly, Senator Mark Udall (D-CO) explained that post grant proceedings “are intended to serve as a less-expensive alternative to courtroom litigation and provide additional access to the expertise of the Patent Office on questions of patentability.”

Senator Jeff Sessions (R-AL), also spoke in some detail about the measures Congress was taking to help ensure that post grant proceedings did not become abusive. Sessions explained:

“The bill also includes many protections that were long sought by inventors and patent owners. It preserves estoppel against relitigating in court those issues that an inter partes challenger reasonably could have raised in his administrative challenge. It imposes time limits on starting an inter partes or post-grant review when litigation is pending. And it imposes a one-year time limit on the duration of these proceedings. All of these reforms will help to ensure that post-grant review operates fairly and is not used for purposes of harassment or delay.”

In the House of Representatives, on June 22, 2011, the primary architect of reform in the House, Congressman Lamar Smith (R-TX) repeatedly explained that the purpose of allowing post grant challenges to issued patents was to provide a low cost alternative to invalidate patent claims. At one point during the day Smith explained that post grant challenges “would create a cheap and speedy alternative to litigation— allowing parties to resolve these disputes rather than spend millions of dollars that litigation now costs. In the process, the proceeding would also prevent nuisance or extortion litigation settlements.”

Even the Obama Administration understood post grant proceedings to be for the purpose of creating an alternative to litigation in Federal District Court. Then Commerce Secretary Gary Locke explained that a post grant challenge “decreases the likelihood of expensive litigation because it creates a less costly, in-house administrative alternative to review patent validity claims.”

Given the universal agreement that the purpose for creating new post grant challenges was to create a low-cost alternative to litigation to determine the validity of patent claims it is difficult to understand why the Bass challenge should be allowed to move forward. Furthermore, given the concern about extortion litigation settlements, abusive challenges and harassment of patent owners, it seems unlikely that Congress would be supportive of the type of challenge that Bass is pursuing using IPRs. Of course, if Congress wanted to limit IPR and PGR to petitioners who had a vested interest in the outcome they could have done so, as they did do with CBM challenges.

* For a compilation of documents that make up the legislative history please see Comprehensive Legislative History of the Leahy-Smith America Invents Act, Compiled, Edited, And Abridged by Patrick A. Doody, Pillsbury Winthrop Shaw Pittman.