“As anyone who has followed my work on intellectual property knows, I’m no fan of the abusive practices engaged in by big tech. But, we can’t let our bloodlust for big tech blind us to serious issues and problems in legislation.” – Senator Thom Tillis 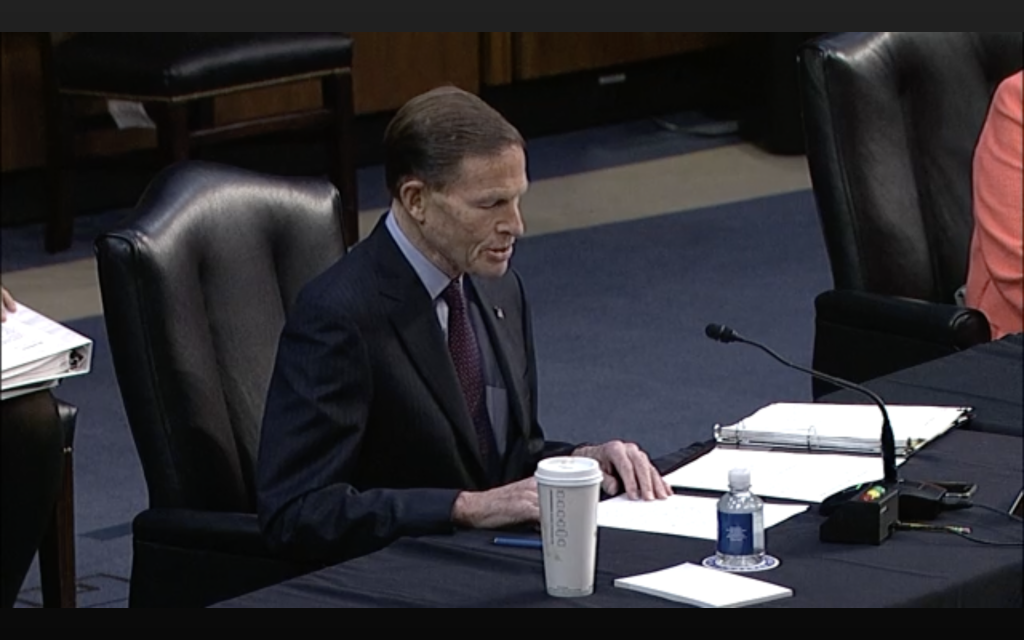 On February 3, during an Executive Business Meeting of the Senate Judiciary Committee, Senator Thom Tillis (R-NC) proposed several amendments on the markup of S. 2710, the Open App Markets Act. The bill would apply existing U.S. antitrust law under the Federal Trade Commission (FTC) Act or the Clayton Act for enforcement actions against companies that engage in anticompetitive practices in app stores, such as requiring app developers to use a favored in-app payment system for accessing consumers through that app store.

Tillis focused his statement for the record on concerns about potential overreach, particularly with respect to broadly targeting companies based on size. The bill defines a “covered company” as “any person that owns or controls an App Store for which users in the United States exceed 50,000,000.” Tillis said in his prepared remarks that this plays into “the false premise that ‘big is bad,’” which may be true, but is not always.

Instead, Tillis offered amendments that would change the basis for scrutiny to companies that own app stores and also control an operating system or payment system. The amendment was not agreed to, however.

He also suggested replacing the term “favorable” with “unreasonable” in several places to help identify problematic conduct. For instance, the bill’s Section 3, “Protecting a competitive app market” reads as follows:

(a) Exclusivity and tying.—A Covered Company shall not—

(1) require developers to use an In-App Payment System owned or controlled by the Covered Company or any of its business partners as a condition of being distributed on an App Store or accessible on an operating system;

(3) take punitive action or otherwise impose less favorable terms and conditions against a developer for using or offering different pricing terms or conditions of sale through another In-App Payment System or on another App Store.

Tillis would have replaced those instances of the term “favorable” with “unreasonable” because “current antitrust principles recognize that many conditions can benefit competition and should be analyzed under the rule of reason,” as well as to “help protect a brand owner’s or software developer’s recognized ability to ‘refuse to deal’ with parties and prevent developers from ‘free ride’ on their intellectual property and brand value,” he said in his prepared remarks. This amendment also was voted down. 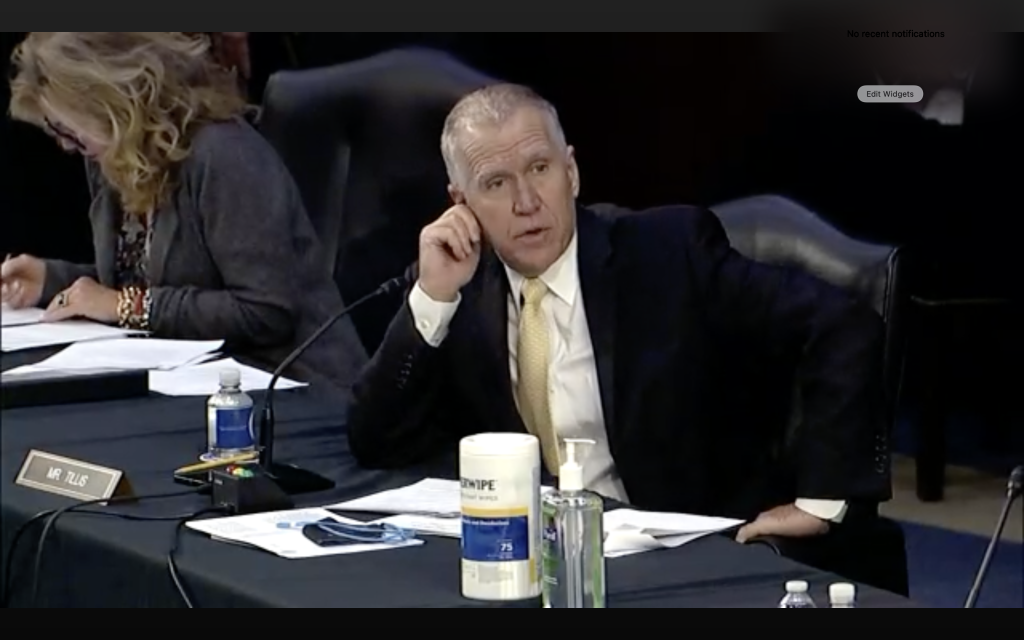 Tillis’ final proposed amendment would have replaced references to the term “app store” with a generic term, such as “online software store,” because “app store” is Apple, Inc.’s registered trademark. The bill uses the term “App Store” throughout to designate “a publicly available website, software application, or other electronic service that distributes Apps from third-party developers to users of a computer, a mobile device, or any other general purpose computing device.” This amendment was similarly rejected today.

Overall, Tillis’s remarks said the bill falls short of respecting intellectual property rights. “I am concerned that the intersection of intellectual property and antitrust—both issues governed by this committee—have not been addressed in these competition bills in any meaningful way,” he said. He continued:

As anyone who has followed my work on intellectual property knows, I’m no fan of the abusive practices engaged in by big tech. But, we can’t let our bloodlust for big tech blind us to serious issues and problems in legislation.

Senators Richard Blumenthal (D-CT), Marsha Blackburn (R-TN) and Senate Antitrust Subcommittee Chair Amy Klobuchar (D-MN) introduced the Open App Markets Act into the U.S. Senate in August 2021. Blumenthal said in today’s hearing that the bill is “solidly bipartisan” and that the manager’s amendment introduced today addresses concerns about cybersecurity and privacy that have been raised.

“There has been a groundswell of support and enthusiasm for this bill because the American public recognizes that the mobile market is broken,” Blumenthal said. “This measure sets clear, enforceable rules to stop the mobile and desktop market from misusing and abusing their dominance as gatekeepers as they have done for years.”

The bill was ultimately approved 21-2 and reported favorably to the floor.