Ten Years of the America Invents Act: Toward a More Objective and Accurate Patent System

“The last half century’s legislation simply extended to post-issuance review what the American system has recognized about examination since the 1836 Act: that a knowledge of the background technology (and a grounding in patent law) is a prerequisite to making informed decisions about patentability.” 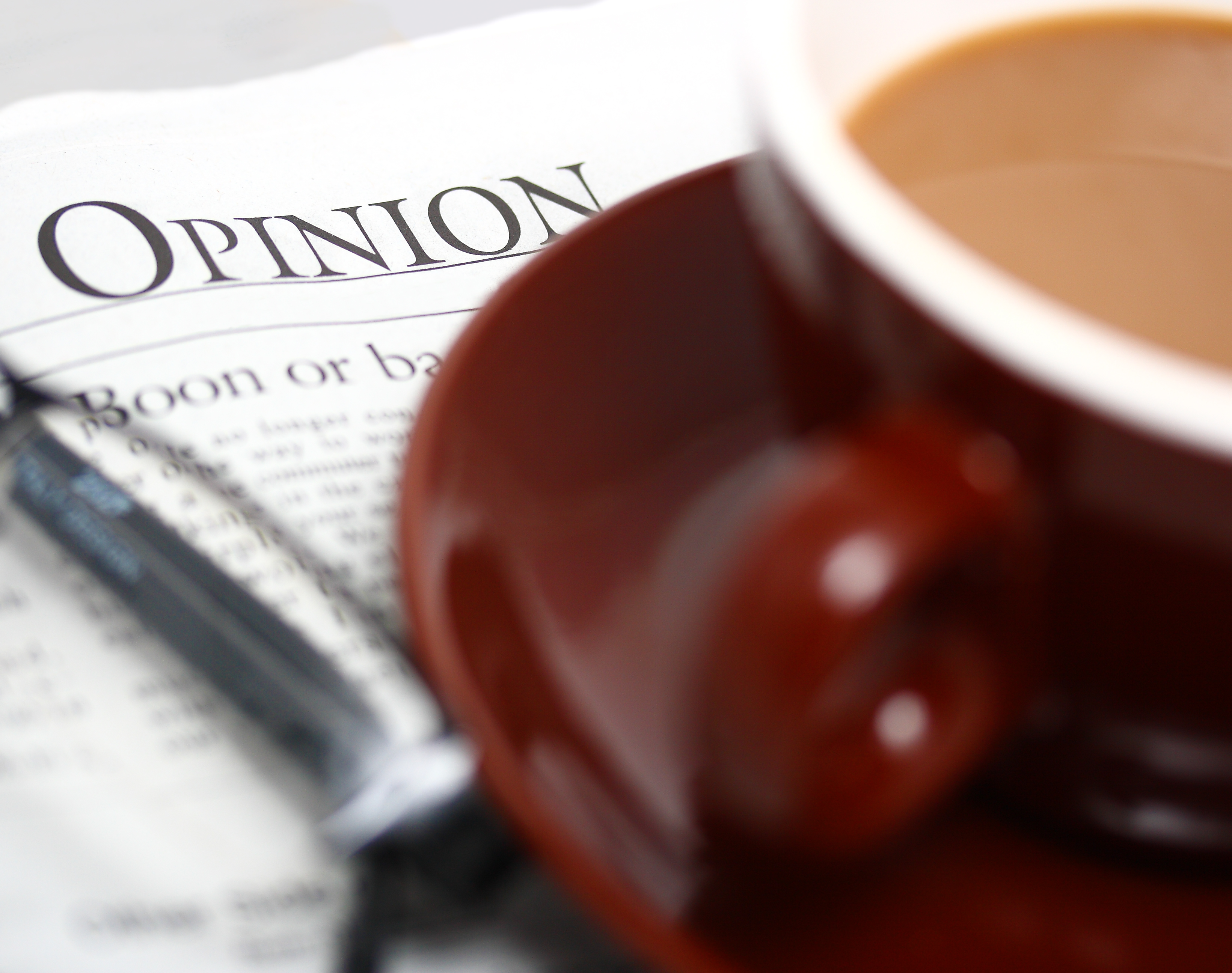 When the America Invents Act (AIA) was before Congress a decade ago, it was heralded as the first comprehensive patent law since the 1952 Act. Ten years’ perspective on the new law, however, shows that its changes to patent policy have been more evolution rather than revolution. The AIA is simply the latest step in the long arc of moving U.S. law toward a more objective and logical patent system—and one that produces more accurate results.

The first inventor to file rule also makes the patent system more transparent. Under the old system, a patent’s priority date was never certain until it was litigated. If competing patents filed close in time claimed the same invention, no one could know who had priority, and it was never certain what would qualify as prior art against a patent. By applying an objective rule based on the filing date of a government document, the AIA allows a business or investor to make its own evaluation of patent rights without the need to resort to the courts to resolve priority questions.

The Long Road to Post-Grant Review

Today, it may surprise some that when the AIA was being debated, the switch to first inventor to file was more controversial than the creation of Patent Trial and Appeal Board (PTAB) validity trials. But while the switch in priority systems was a substantial change for the United States (albeit one that has since been widely accepted), the AIA’s modifications to post-issuance review of patents were incremental and reflected broad consensus.

At the beginning of this century, the National Academies and the Federal Trade Commission each issued reports calling for a more robust system of post-grant review. Indeed, the policy decision to allow the USPTO to apply its expertise to review issued patents was actually made over 40 years ago with the creation of reexamination. And even that change followed a century of debate and discussion.

It was in 1876 in Cochrane v. Deener that the Supreme Court commented on the “desirability” of referring patent validity questions to “a commission of intelligent experts.”  Several decades later, Judge Learned Hand expressed bewilderment that the court was expected to decide a complex chemical patent case “without any knowledge of even the rudiments of chemistry,” and he commended a system of “technical judges to whom technical questions are submitted.”  In the 1950s, Congress held hearings  and considered legislation on the subject. Reexamination had been a long time coming when it was finally enacted into law in 1980.

In 1999, Congress decided that both sides needed to be allowed to participate in post-issuance proceedings. It supplemented ex parte reexamination with inter partes reexamination.

After a few years under the new system, however, it became clear that the examinational model is not suited to inter partes cases. Petitions practice and other examination rules allowed either side to delay the proceedings at will. The requester could keep the patent in limbo if a stay of litigation had been granted, while a plaintiff whose litigation was not stayed would try to postpone a final agency decision on validity.

The AIA Combines an Adjudicative System with Agency Expertise

Senator Patrick Leahy (D-VT) and Former Representative Lamar Smith (R-TX) addressed the system’s delays in the AIA. Proceedings were shifted to an adjudicative model in which the petitioner bears the burden of proof, and intermediate appeals were eliminated (and once these structural changes were included in the bill, the USPTO agreed to a one-year time limit for inter partes reviews.)

The AIA thus sought to preserve the beneficial features of the prior system—the opportunity to apply the agency’s expertise to patent validity disputes and the right of both sides to participate—while wringing the delays out of the system.

The last decade’s experience shows that Leahy and Smith succeeded. Virtually all AIA proceedings have been completed within the statutory one-year deadline and the PTAB has produced carefully reasoned, high-quality decisions.

A recent academic study, which reviewed the results of all Federal Circuit patent appeals that were docketed in 2015 and 2016, found that “the PTAB is affirmed notably more often than district courts on validity issues.” It determined that “the most straightforward conclusion” is that PTAB judges’ legal and technical expertise has “aided decision-making on the thorny scientific questions endemic to patent law.”

Learned Hand was right about the benefits of having the adjudicator at least know the “rudiments of chemistry.” Indeed, it would be quite surprising if the results were otherwise—if scientific and legal knowledge were a detriment rather than a benefit to patent decision making. The last half century’s legislation simply extended to post-issuance review what the American system has recognized about examination since the 1836 Act: that a knowledge of the background technology (and a grounding in patent law) is a prerequisite to making informed decisions about patentability.

As Congress has refined the system over the years, developments in the courts have only heightened the need for post-issuance review at the USPTO. Patent trials in district court have shifted from being overwhelmingly judge trials to overwhelmingly jury trials, and the rise of the plaintiffs’ magnet jurisdictions has increased the odds of outsized awards.

The USPTO’s recent practice of applying “discretion” to bar access to PTAB review has, in its own way, confirmed the importance of the availability of expert review. Consider, for example, the recent VLSI v. Intel decision. The main patent in that case disclosed the insight that, in an integrated circuit, the memory sometimes needs more voltage than the processor. The claimed invention applied this observation to require using the same “first regulated voltage” for the memory and processor if they need the same voltage, but applying a higher “second regulated voltage” to the memory if it needs more voltage.

Integrated circuits have been around since the early 1960s. They were used heavily in the space program in the build up to the moon landings. The VLSI patent’s filing date is 2006. You might think that in the intervening 40 years, electrical engineers had come to appreciate that the different parts of an integrated circuit sometimes have different voltage needs. Intel filed a PTAB petition making just that case, and it is hard to imagine that a judge with an engineering degree and a knowledge of patent law would not have agreed that the claims were obvious.

But after the USPTO refused to consider Intel’s challenge on its merits, the case went to a jury trial. The result: a $2.2 billion verdict for a patent that almost certainly never should have issued.

Particularly in light of the current nationwide chip shortage, one might think that U.S. policy would protect domestic manufacturers of microprocessors. Shielding patents such as VLSI’s from expert review is not a strategy for advancing America’s economic and security interests. It is a strategy for committing economic hara-kiri.

Nor should we rely on the Federal Circuit to “fix” cases such as VLSI on appeal. The court likely will upend that particular verdict—among other things, it relied on a dubious damages theory. But it is not the appellate court’s job to serve as the trier of fact. Its role is to correct legal errors, not reweigh the evidence. The proper operation of the patent system requires fact adjudicators who will make sound decisions in the first instance.

Patent Legislation and Hope for the Future

The America Invents Act, while “comprehensive,” left much on the table—indeed, it did not even address all the problems that were apparent at the time. In hindsight, PTAB reviews should have included Section 112(b) grounds to avoid the awkward situation in which a claim cannot be reviewed for validity because it is invalid as indefinite. The Helsinn company did not deserve to lose its patent simply because it needed to contract with a supplier to manufacture its product. And the categorical exclusion of medical diagnostics from patent eligibility is denying protection to what are clearly valuable and important inventions, for reasons that are irreconcilable with the Supreme Court’s historic treatment of patents grounded in scientific discoveries.

Nevertheless, the AIA made important improvements (does anybody miss inter partes reexamination?)  And given the history of U.S. patent policy, this is all that we should expect and hope for: that after a period of sustained deliberation and debate, Congress will enact consensus changes that continue to advance the United States toward a patent system that is more objective, logical, and accurate.

Joseph Matal Joseph Matal is a partner in the Intellectual Property Practice Group at Haynes Boone whose practice focuses on USPTO post-issuance proceedings and Federal Circuit appeals. Joe has served as both [...see more]