Building High-Quality Patent Portfolios in the United States and Europe: Part I – Intervening Prior Art

“Even without asserting patents, U.S. and European patents with coordinated strategies increase the value of the patent portfolio. Accordingly, knowledge of both patent systems is critical.” 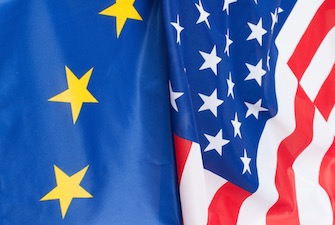 One ingredient that distinguishes a good patent portfolio from a great patent portfolio can be the synergistic strength of its U.S. and European patent family members. To develop this strength, it is not enough to have a U.S. attorney and a European attorney simply coordinate the procedural strategy for filing an application; rather, the drafter and manager of the application should analyze important issues upfront and prepare a patent application that accounts for the substantive differences between U.S. examination, U.S. courts, European examination, and national courts in Europe.

U.S. and European patents make a nice pairing when developing a litigation strategy because there can be many natural synergies. For example, U.S. litigation can be expensive and slow as compared to German litigation, but there are benefits to be gained in the United States. It is often helpful for a U.S. plaintiff to file litigation in the United States early on to gain access to more internal documents through the U.S. discovery process, then file litigation and use the speed of the German courts to drive settlement or increase pressure on the defendant. The German courts are also reasonably pro-plaintiff in granting preliminary injunctions, further increasing the potential pressure on the defendant. Also notable for national courts in Europe is that France has some of the strongest search and seizure laws for patent holders. Given these different jurisdictional options and tools, a plaintiff with patent family members in multiple jurisdictions can take advantage of different jurisdictional rules and procedures to achieve its overall goals; at the same time, a defendant should be aware of how to defend itself or prevent plaintiffs from applying pressure in multiple jurisdictions.

Further, in the next few years, the Unified Patent Court (UPC), an international court in Europe that decides on the infringement and validity of unitary patents—which can be based on EP patents (i.e., those granted by the EPO) without the need for nation-specific litigation—is expected to open. Plaintiffs interested in such central enforcement at the UPC will want to have strong European patent family members established.

Even without asserting patents, U.S. and European patents with coordinated strategies increase the value of the patent portfolio. Accordingly, knowledge of both patent systems is critical to achieve not only the goal of establishing a strong patent family in each, but also the goal of opening the door to pursue all available options, up to and including individual country-specific national patents.

While there are many ways to implement a successful strategy for establishing U.S. and European patent family members and working in concert with both systems, we will focus on three in particular: Part I of the article analyzes intervening prior art, Part II analyzes software patents, and Part III then analyzes the importance of, and strategies for, examiner interviews in both the United States and Europe. These articles will be useful for patent portfolio managers, patent attorneys, and others (including litigators) advising on patent strategy in the United States and Europe.

This section of the article discusses how patent portfolio managers should be careful when generating company-owned prior art or reviewing competitor prior art, and how a patent litigation or licensing campaign can be significantly hamstrung based on how the United States and Europe consider intervening prior art.

Patent application drafting and litigation often starts with reviewing the prior art, but it is not common for drafters and litigators to think about intervening prior art early in the process. For example, intervening prior art under Art. 54(3) of the European Patent Convention (EPC) in Europe is considered weak because it can only be used to judge novelty, yet the same prior art can be considered very strong in the United States under 35 U.S.C. § 102(a)(2) because it applies to judging both novelty and obviousness in the United States. For reference, Art. 54(3) EPC prior art is a European patent application (or Patent Cooperation Treaty [PCT] application that meets the requirements of Rule 165 of the EPC) that was filed prior to the filing date of the claim but published after the filing date of the claim. European patent applications that are citable under Article 54(3) EPC are citable for novelty only and not for inventive step.

Table 1: Use of Intervening Prior Art by Type and Venue 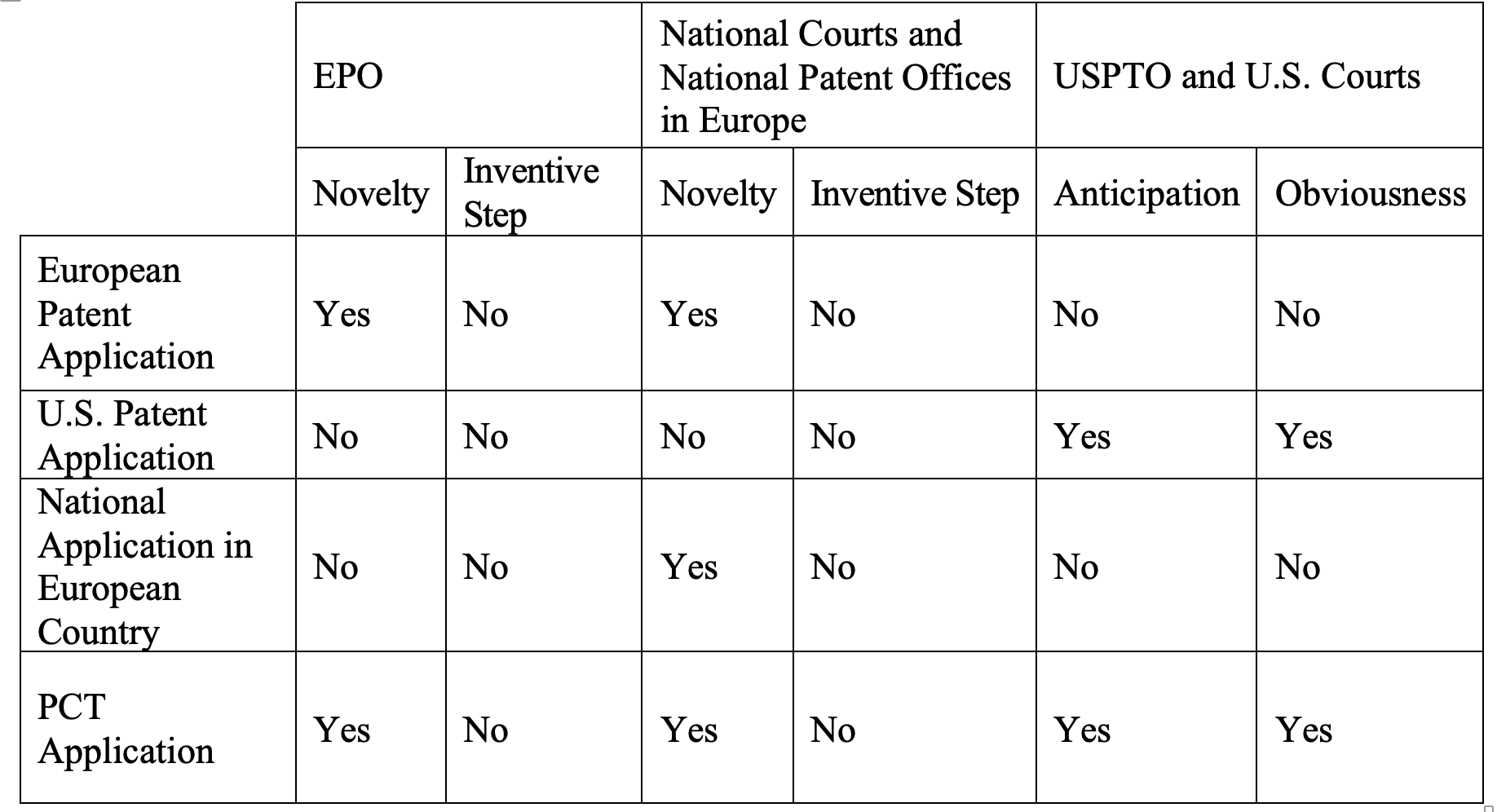 These differences in the treatment of intervening prior art can impact how practitioners approach prosecution and litigation strategies in the United States and Europe in a myriad of different ways. First, the treatment impacts how companies should think about generating prior art to prevent competitors from obtaining patents. As part of a comprehensive prior art strategy, if companies want to ensure they generate prior art based on PCT applications for EPO examiners, they should first make sure they pay the European national stage entry filing fee; translate the application into French, German, or English (if necessary); and wait until the WIPO publishes the application before abandoning it. If they do not pay the filing fee, the PCT application is not considered prior art at the EPO, which means competitors can potentially enter the European market without having to address the prior art. Note also that the filing fee for a PCT application entering Europe is merely 125 EUR. Accordingly, at a minimum, any company—especially U.S. companies looking to defensively publish in Europe—should pay the European national stage entry filing fee for a PCT application.

Part II of this series will build on Part I to focus on software patents with U.S. and EP family members.