“Citing the ‘persuasive policy arguments’ submitted by experts like Judge Paul Michel and former FTC Commissioner Joshua Wright, the Court agreed with their caution against ‘using the antitrust laws to remedy what are essentially contractual disputes between private parties engaged in the pursuit of technological innovation.’”

The U.S. Court of Appeals for the Ninth Circuit today vacated a decision of the U.S. District Court for the Northern District of California finding that Qualcomm had engaged in unlawful licensing practices, and reversed a permanent, worldwide injunction against several of Qualcomm’s core business practices. 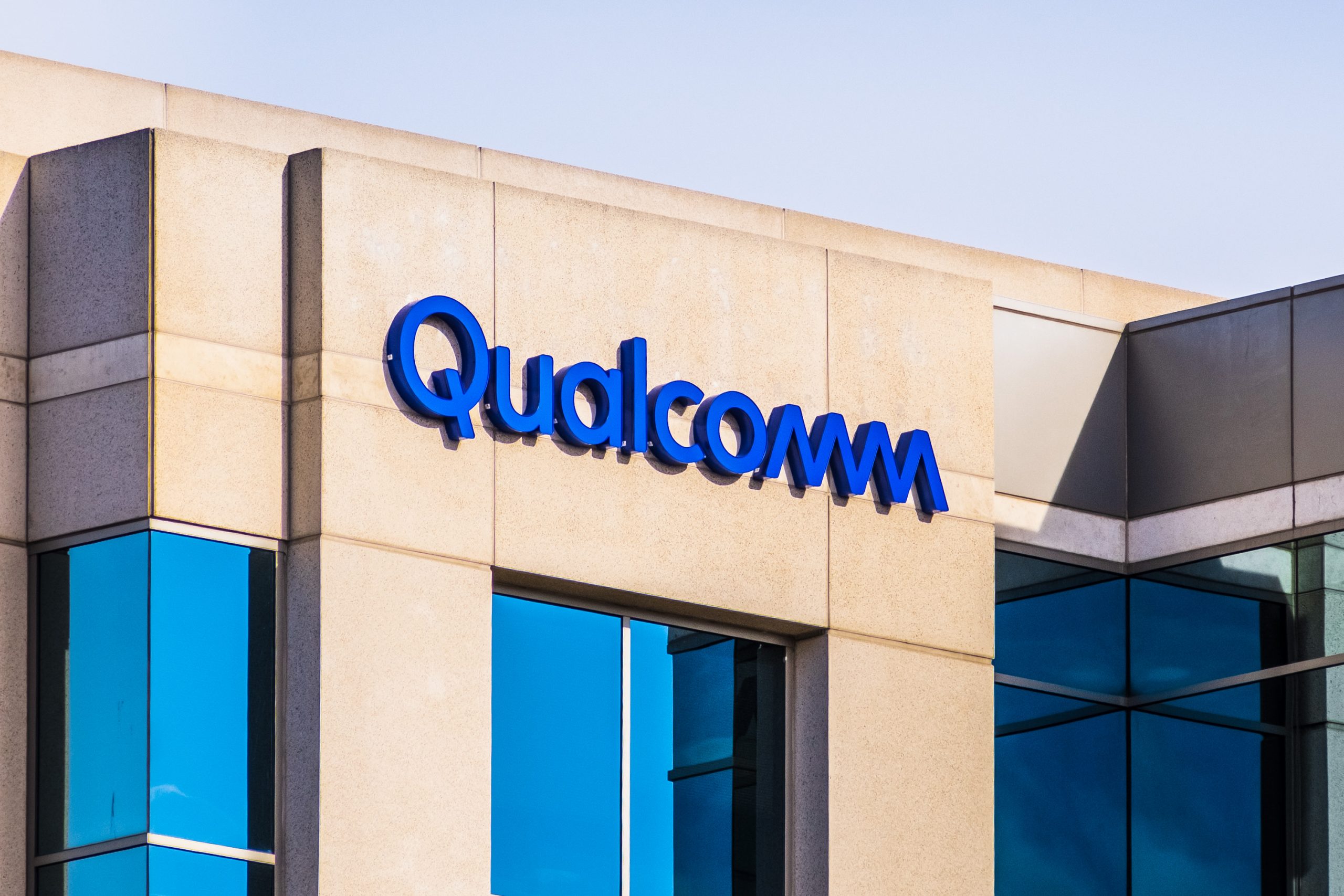 In May 2019, Judge Lucy Koh issued a 233-page order finding that Qualcomm had engaged in unlawful licensing practices and ordered in part that Qualcomm “must make exhaustive SEP licenses available to modem-chip suppliers on fair, reasonable, and non-discriminatory (“FRAND”) terms and to submit, as necessary, to arbitral or judicial dispute resolution to determine such terms…[and] submit to compliance and monitoring procedures for a period of seven (7) years.”

In August, the Ninth Circuit issued a partial stay of Koh’s ruling and more than a dozen amicus briefs were filed, mostly in support of Qualcomm or its arguments.

Koh’s ruling was widely criticized—Judge Douglas Ginsburg of the U.S. Court of Appeals for the D.C. Circuit also condemned the decision in a paper co-authored with former Federal Trade Commission (FTC) Commissioner Joshua Wright, and attorney Lindsey Edwards of Wilson Sonsini Goodrich & Rosati. The U.S. Department of Justice notably filed a statement of interest in the case that departed from the FTC’s views. Even within the FTC, some of the commissioners have come out against the Commission’s decision to pursue the case.

At the IPWatchdog Patent Masters Symposium in September 2019, FTC Commissioner Christine Wilson told attendees that Koh’s decision “scares me” as it “radically expands a company’s legal obligation to help its competitors.”

Koh Got it Wrong

In today’s ruling, the Ninth Circuit panel began by first examining the district court’s conclusion that Qualcomm was under an obligation to license its standard-essential patents (SEPs) to its direct competitors in the chip market as outlined in Aspen Skiing Co. v. Aspen Highlands Skiing Corp., 472 U.S. 585 (1985). In Aspen Highlands Skiing Corp., the Supreme Court held that the defendant (Ski Co.), made a decision that changed the pattern of distribution that had originated and persisted in a competitive market for several years, even where skiers preferred access to plaintiff Aspen Highlands’ mountain in addition to the defendant’s, and were thus negatively affected in addition to the plaintiff. It also found evidence that Ski Co. was willing to turn away daily ticket sales to skiers wanting to redeem the vouchers good for mountains owned by both Ski Co. and Aspen Highlands to push its smaller competitor Aspen Highlands out of the market. This “profit sacrifice test” has been used continuously by courts to isolate monopolizing conduct that has no efficiency justification.

But here, the Ninth Circuit held that “none of the required elements for the Aspen Skiing exception were present, and the district court erred in holding that Qualcomm was under an antitrust duty to license rival chip manufacturers.” The Court said there was no evidence in the record to uphold the district court’s argument that “Qualcomm terminated a ‘voluntary and profitable course of dealing’ with respect to its previous practice of licensing at the chip-manufacturer level”; Qualcomm’s rationale for switching its licensing scheme was not to obtain higher profits in the long run by excluding competition, which is the second element of the Aspen Skiing exception, but was due to the change in patent-exhaustion law; and there was no evidence that Qualcomm singles out any specific chip supplier for anticompetitive treatment in its SEP-licensing practices.

The FTC argued that if Qualcomm was not subject to an antitrust duty to deal under Aspen Skiing, the company still engaged in anticompetitive conduct in violation of Section 2 of the Sherman Act. But the panel said:

The FTC did not satisfactorily explain how Qualcomm’s alleged breach of its contractual commitment itself impaired the opportunities of rivals. Because the FTC did not meet its initial burden under the rule of reason framework, the panel was less critical of Qualcomm’s procompetitive justifications for its OEM-level licensing policy—which, in any case, appeared to be reasonable and consistent with current industry practice. The panel concluded that to the extent Qualcomm breached any of its FRAND commitments, the remedy for such a breach was in contract or tort law.

Citing the “persuasive policy arguments” submitted by experts like Judge Paul Michel and former FTC Commissioner Joshua Wright, the Court agreed with their caution against “using the antitrust laws to remedy what are essentially contractual disputes between private parties engaged in the pursuit of technological innovation.”

Finally, as to the district court’s contention that Qualcomm’s “no license, no chips” policy amounted to an “anticompetitive surcharge” on its rivals, the Ninth Circuit disagreed, and found that Qualcomm’s practices were “chip-supplier neutral.” The Court further held that “Qualcomm’s 2011 and 2013 agreements with Apple have not had the actual or practical effect of substantially foreclosing competition in the CDMA modem chip market,” and that “because these agreements were terminated years ago by Apple itself, there was nothing to be enjoined.”

The Appeals Court generally criticized the district court for expanding its analysis of Qualcomm’s business practices beyond the relevant markets of “CDMA modem chips and premium LTE modem chips to “the much larger market of cellular services generally.” The Court continued:

Thus, a substantial portion of the district court’s ruling considered alleged economic harms to OEMs—who are Qualcomm’s customers, not its competitors—resulting in higher prices to consumers. These harms, even if real, are not “anticompetitive” in the antitrust sense—at least not directly—because they do not involve restraints on trade or exclusionary conduct in “the area of effective competition.”

The opinion further chided the district court for failing to distinguish between Qualcomm’s licensing practices and its practices relating to modem chip sales. “This was, no doubt, intentional,” said the Court:

[T]he district court characterized Qualcomm’s various business practices as ‘interrelated’ and mutually reinforcing, and it described their anticompetitive effects as “compounding” and “cycl[ical].” Id. at 797–98. But even if Qualcomm’s practices are interrelated, actual or alleged harms to customers and consumers outside the relevant markets are beyond the scope of antitrust law.

Qualcomm: Our Contributions are Validated

The opinion, authored by Judge Consuelo M. Callahan, was unanimous.

Don Rosenberg, EVP and General Counsel for Qualcomm, congratulated the panel on its “thoughtful” decision:

The Court of Appeals’ unanimous reversal, entirely vacating the District Court decision, validates our business model and patent licensing program and underscores the tremendous contributions that Qualcomm has made to the industry. We thank the panel for its thoughtful consideration of this important case.