“By [Judge Lucy Koh’s] logic, Aspen Skiing now means that if a company ever sells any product to any competitor, then it could have a perpetual obligation to sell every product to every competitor.” – FTC Commissioner Christine Wilson 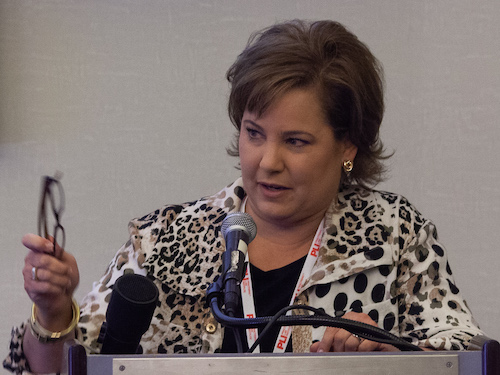 Commissioner Christine Wilson of the U.S. Federal Trade Commission (FTC) addressed the IPWatchdog Patent Masters Symposium on Tuesday, September 10, emphasizing three main points in her keynote: that Judge Lucy Koh’s decision in FTC v. Qualcomm was flawed, that antitrust analyses should be more focused on dynamic, rather than static effects, and that, despite the latter point, antitrust authorities routinely try and fail to integrate dynamic effects into antitrust law. She was clear up front that her views did not necessarily match those of her fellow commissioners.

First, Wilson reiterated the ideas expressed in her May 28 op-ed for the Wall Street Journal, which she summarized by saying that U.S. District Court for the Northern District of California Judge Lucy Koh’s opinion in the FTC v. Qualcomm case “creates bad law and bad policy.” In Koh’s 233-page Order, she handed Qualcomm a stinging defeat, agreeing with the Federal Trade Commission’s (FTC’s) arguments that Qualcomm engaged in unlawful licensing practices. A divided commission voted to bring the case 2-1 right before Donald Trump was inaugurated, said Wilson, and then-FTC Commissioner Maureen Ohlhausen took the unusual step of authoring a dissenting statement in which she called the Commission’s decision to sue Qualcomm “a flawed legal theory…that lacks economic and evidentiary support.”

Wilson explained that Koh in her lengthy analysis took the opportunity to “radically expand a company’s legal obligation to help its competitors” by reviving a “discredited” 1985 Supreme Court case, Aspen Skiing Co. v. Aspen Highlands Skiing Corp. In that case, the Supreme Court said that “antitrust law may require a company to aid a competitor if it unilaterally terminates a preexisting voluntary and profitable course of dealing in order to acquire or maintain a monopoly,” Wilson said. However, in Verizon Communications v. Law Offices of Trinko (2004), the Court qualified the Aspen Skiing decision, saying that “Aspen Skiing is at or near the outer boundary of § 2 [of the Sherman Act] liability” and that its holding should be applied cautiously “because of the uncertain virtue of forced sharing and the difficulty of identifying and remedying anticompetitive conduct by a single firm.” 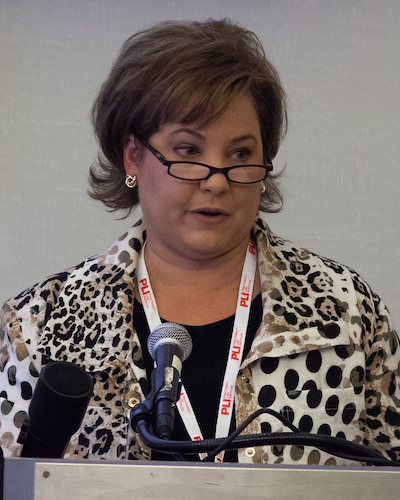 “In the Qualcomm case, the district court said that Qualcomm had a duty to license its IP to chipmaking rivals even though Qualcomm didn’t have a preexisting, voluntary, and profitable course of dealing with them, expanding the scope of Aspen Skiing,” Wilson said, adding: “By this logic, Aspen Skiing now means that if a company ever sells any product to any competitor then it could have a perpetual obligation to sell every product to every competitor.”

Koh’s FTC v. Qualcomm decision was stayed by the U.S. Court of Appeals for the Ninth Circuit in August, likely due to the unusual split between the FTC and Department of Justice (DOJ) on the matter, said attendees of the Patent Masters Symposium. A number of amicus briefs have been submitted to the Ninth Circuit by stakeholders including Judge Paul Michel and antitrust scholars, and Judge Douglas Ginsburg and others recently wrote an article on the topic. Wilson also made clear that her motivations for speaking out on the case have nothing to do with Qualcomm. “My opposition to the court’s opinion does not stem from any desire to help or protect Qualcomm,” she said. “I am focused on applying and preserving sound antitrust principles and this decision scares me.”

Antitrust Must Get More Dynamic

Wilson focused the remainder of her address on the economic concept of static versus dynamic effects and the seeming inability of antitrust law to embrace the latter. “We have tried and often failed to integrate such effects into antitrust law,” Wilson said. While many believe that antitrust law should be about static effects—like price, output, and quality, today—”the economic literature also acknowledges that innovation over the long run will deliver very large consumer welfare gains,” Wilson said. Thus, focusing entirely on static efficiencies is not ideal, but antitrust authorities “routinely struggle to account for dynamic effects.” In order to achieve a more balanced approach, Wilson argued for less asymmetrical analyses of antitrust issues, and made a plea to the private bar: “If you present concrete and credible evidence of dynamic effects, I will give them consideration.”