“Judge Koh clearly took a short cut, because the evidence from the smart phone market is that prices have declined, and functionality has increased. Empirical evidence also demonstrates that there is continuous entry by new firms, another sign of competition.”

Note: The author is a signatory on the Antitrust and Patent Law Professors, Economists and Scholars brief in FTC v. Qualcomm. 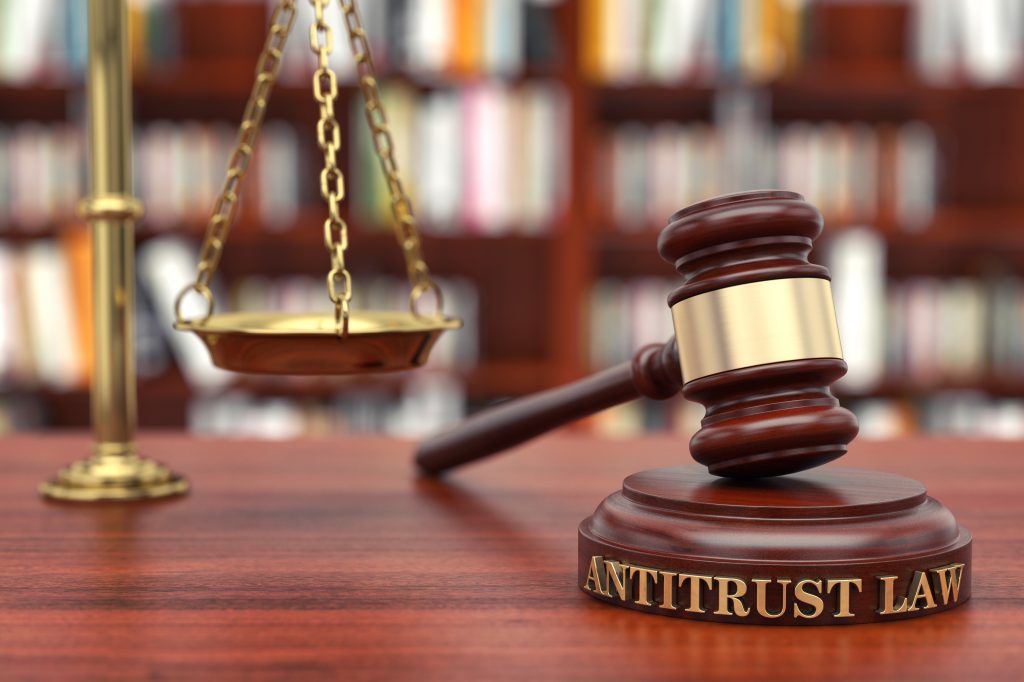 On August 30, a number of amicus briefs were filed in the FTC v. Qualcomm appeal in the U.S. Court of Appeals for the Ninth Circuit. The appeal stems from a May 2019 order finding Qualcomm liable for anticompetitive behavior and issuing “sweeping” injunctive relief. Following Judge Koh’s ruling, her opinion has been called “disastrous,” an “utter failure,” and “based on scant evidence,” and further been accused of “mangling” antitrust law. The Ninth Circuit, in granting a partial stay of the injunction, noted there were “serious questions on the merits” of Judge Koh’s decision.

Three of the amicus briefs in particular point out the errors in Judge Koh’s opinions that have given rise to these “serious questions.” Retired Federal Circuit Chief Judge Paul Michel filed an amicus brief focusing primarily on patent law issues, including the smallest salable patent-practicing unit (SSPPU) concept and reasonable royalty calculation. The International Center for Law & Economics (ICLE) and Scholars of Law and Economics filed an amicus brief arguing that Judge Koh’s decision “is disconnected from the underlying economics of the case” and will cause serious harm to antitrust law. Finally, a number of Antitrust and Patent Law Professors, Economists, and Scholars filed an amicus brief highlighting how antitrust overreach, as they allege is present here, will harm innovation and arguing that the district court failed to engage in the level of real-world economic analysis as is required by this case.

Judge Michel first argues that the SSPPU concept was improperly applied by the district court. He explains that the concept of SSPPU first appeared in 2009 when then-Federal Circuit Judge Rader was sitting as a district court judge overseeing a jury deciding a patent infringement case. Although the Federal Circuit has clarified that SSPPU is simply an “evidentiary principle,” useful when a jury is requested to choose a royalty base, the district court in the FTC v. Qualcomm case—in a bench trial—instead acted as though SSPPU was mandated. Additionally, Judge Michel points out that SSPPU is not appropriate when attempting to value a large, diverse patent portfolio, nor is SSPPU relevant to cases involving standard essential patents (SEPs) under FRAND commitments. Both of these circumstances are present in the FTC v. Qualcomm case.

In addition to pointing out these errors, Judge Michel expresses concern for the effect the district court’s opinion will have on patent law, antitrust law, and innovation going forward. He notes that contract law and patent law are better avenues to resolve FRAND disputes; bringing this case in antitrust, particularly in the controversial manner in which it was brought, is likely to create bad precedent and have negative impacts on innovation policy. Judge Michel then rounds out his brief explaining the importance of reliable and effective patent rights for advancing both innovation and competition.

Brief of ICLE and Scholars of Law and Economics

The International Center for Law & Economics’ (ICLE’s) primary concern is to ensure that Judge Koh’s decision does not stand because it undermines the purposes and goals of antitrust law. As ICLE states, “this case is a prime – and potentially disastrous – example of how the unwarranted reliance on inadequate inferences of anticompetitive effect lead to judicial outcomes utterly at odds with Supreme Court precedent.”  ICLE points to two main errors in the district court’s decision:  first, the court impermissibly inferred anticompetitive harm by reasoning that Qualcomm had a duty to deal with its rivals, and second, that the court erred in relying on these inferences, rather than the economic evidence. Through these two errors, ICLE claims that Judge Koh has extended antitrust beyond clear boundaries set by the Supreme Court, with significant harm going forward.

First, the ICLE brief argues that, by inferring anticompetitive effects, the district court impermissibly analyzed this case under a per se standard. She reached this inference by erroneously imposing on Qualcomm a duty to help its competitors. For example, Judge Koh made no finding of the competitive harm associated with Qualcomm’s decision to license to OEMs rather than its rivals; she just assumed that terminating a profitable scheme in which a company deals with its rivals must demonstrated anticompetitive intent, from which she then inferred anticompetitive effect. The problem is that, in deciding to license to OEMs, Qualcomm was actually choosing to terminate one profitable course in favor of a more profitable course. The record is replete with facts that support this as an exercise of good business judgment and not an action taken with anticompetitive intent. Even were there evidence to support an intent to harm rivals, intent alone is “not particularly probative of underlying economic realities of the sort that almost all antitrust laws are intended to punish and deter,” notes ICLE, quoting the Supreme Court’s opinion in Verizon Communications v. Law Offices of Trinko.

Second, the ICLE brief argues that the district court relied on a theory of foreclosure focused on rivals, rather than focused properly on competition. Judge Koh’s naked assertion that Qualcomm was “hobbling” its rivals fails to understand that some exclusion is pro-competitive, such as when a company wins business away from a competitor based on its merits. Her only basis for inferring that Qualcomm foreclosed its rivals are internal business statements, documents that are notable for business rhetoric and are not sufficient evidence of significance of foreclosure. Additional evidence that the district court relied on in inferring harm have numerous possible explanations, including pro-competitive explanations, and yet Judge Koh failed to consider these alternate possibilities.

For a more in-depth look at ICLE’s brief, see this post from some of the brief’s signatories on the Truth on the Market blog.

Brief of Antitrust and Patent Law Professors, Economists and Scholars

Finally, the brief filed by Professors, Economists and Scholars focuses on the district court’s choice to apply the antiquated per se type approach, rather than the modern rule of reason approach, when assessing the conduct in this case. Because this case involves intellectual property licensing by a single firm, the rule of reason is the appropriate analysis because per se rules would result in false positives that would actually harm, not encourage, innovation and competition.

The Professors, Economists and Scholars liken this case to the epic failure of the DOJ’s case against IBM in the late 1960s-1980s. In that case, after pursuing IBM for 13 years, the DOJ finally dismissed its complaint as lacking merit. In the IBM case, the government failed to recognize the efficiencies in the company’s business arrangement and misunderstood IBM’s market power in the relevant market. The DOJ learned a lesson from the IBM case and has intervened in this case, taking a contrary position to its competition enforcement counterpart, the FTC, making similar arguments about ignoring key evidence and misunderstanding industry and institutional details. This brief also points to another older case, Digidyne Corp. v. Data General Corp., from the mid-1980s, where the Ninth Circuit erroneously assumed, without analysis, market power based on a company’s intellectual property. The errors of these past cases, which are almost humorously wrong when looking backwards, are exactly the type of mistakes Judge Koh has brought into the current decision in FTC v. Qualcomm.

The Professors, Economists and Scholars brief then explains how the district court failed to engage in a fact-based economic analysis and thus engaged in what has been deemed “per se condemnation under the rule of reason.”  The FTC’s case was built nearly entirely on a theoretical model, from which the district court determined that Qualcomm’s licenses were “unreasonably high,” without even determining what a “reasonable royalty” would have been. Judge Koh adopted the FTC’s argument wholesale and backfilled her opinion by citing press releases and other non-relevant, non-timely, and non-analogous data to support the notion of “unreasonably high.” Additionally, the district court made no findings about the quality of Qualcomm’s contributions to the standards technology, pointing instead to quantity of patents, a basically irrelevant data point. This information was available; in a separate trial, Apple Computer, a witness for the FTC, acknowledged that Qualcomm’s patent portfolio was “the strongest patent portfolio” in the industry.

If the district court had been doing a legitimate rule of reason analysis, it would have received economic data about the smart phone market, including the prices, products, and services available to consumers, as evidence of the effects of Qualcomm’s licensing rates. However, Judge Koh clearly took a short cut, because the evidence from the smart phone market is that prices have declined, and functionality has increased. Empirical evidence also demonstrates that there is continuous entry by new firms, another sign of competition. This is relevant economic evidence because it contradicts Judge Koh’s allegations of Qualcomm’s unreasonably high royalty surcharge, which, if true, would have increased production costs, increased prices, decreased entry of new competitors, and decreased rates of innovation, but Judge Koh never addresses or explains how or why the market data contradicts her “findings.” Because the district court simply assumed the rates were “unreasonably high,” it had to also rely on testimony of self-interested witnesses, rather than rigorous data, to accept that Qualcomm’s competitors were somehow harmed. Furthermore, there is no nexus between the alleged negative impacts and Qualcomm’s rates. Regardless of how the district court characterized its analysis, this case was clearly decided via a per se approach and is as wrong now as the IBM case from the past.

There is hope the Ninth Circuit will reverse this case, given the fairly basic errors that Qualcomm’s brief and at least these three amicus briefs highlight. Not only is it important for the case at bar, but more so to ensure that antitrust and patent law principles are developed and maintained in ways that continue to promote both competition and innovation.

Kristen Osenga teaches at the University of Richmond School of Law and writes in the areas of intellectual property, patent law, law and language, and legislation and regulation. Her scholarship focuses on [...see more]