“Why would the FTC continue to persecute Qualcomm given the revelations in the Apple/Qualcomm litigation that demonstrate that Qualcomm did not seek an unreasonably high licensing rate?” 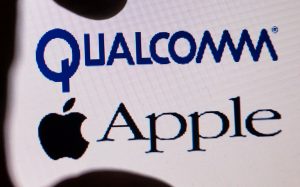 In a 233-page Order issued yesterday, Judge Lucy Koh of the United States Federal District Court for the Northern District of California handed Qualcomm a stinging defeat in the case brought by the Federal Trade Commission (FTC) alleging that Qualcomm engaged in unlawful licensing practices.

Qualcomm must make exhaustive SEP licenses available to modem-chip suppliers on fair, reasonable, and non-discriminatory (“FRAND”) terms and to submit, as necessary, to arbitral or judicial dispute resolution to determine such terms…

“We strongly disagree with the judge’s conclusions, her interpretation of the facts and her application of the law,” said Don Rosenberg, Executive Vice President and General Counsel of Qualcomm in reference to the ruling. He added that Qualcomm will “immediately seek a stay of the district court’s judgment and an expedited appeal to the U.S. Court of Appeals for the 9th Circuit.”

What Happened to the Apple-Qualcomm Peace?

It was just three weeks ago that Apple and Qualcomm entered into a peace treaty. The revelations about Apple’s coordinated efforts to manipulate the licensing market by shrewdly challenging inferior patents to beat down prices should have led to the FTC dropping its pursuit of Qualcomm.

It is no secret that Apple has urged regulators all over the world to chase Qualcomm for alleged anticompetitive licensing practices, but it has now come out in federal court proceedings that Apple just didn’t like the rate it agreed to pay Qualcomm and decided to manipulate the marketplace and then use that manipulation to pull the wool over the eyes of regulators, including the FTC, in an attempt to leverage a better deal with Qualcomm.

Apple succeeded in achieving peace with Qualcomm, although the company has been badly beaten by Apple in near collusion with regulators all over the world. So why would the FTC continue to persecute Qualcomm given the revelations in the Apple/Qualcomm litigation that demonstrate that Qualcomm did not seek an unreasonably high licensing rate?

Indeed, the facts that came out in the Apple/Qualcomm litigation demonstrate clearly, through Apple memoranda, that Apple believed Qualcomm’s patent portfolio to be more valuable than others in the space and engaged in a coordinated effort to challenge those weaker portfolios to beat down the license rates of those inferior portfolios. They then refused to negotiate with Qualcomm, which in and of itself, should have prevented any entitlement to claim rights to FRAND (fair, reasonable and non-discriminatory) rates.

All the while, Apple was hoping to dupe decision makers into actually believing the licensing rates for the patents they knew were inferior were relevant when determining the licensing rate for Qualcomm’s significantly higher quality patent portfolio. Sadly, it seems as if it worked. Judge Koh bought it, and so did the FTC.

Several weeks ago the Wall Street Journal Editorial Board aptly put it like this:

“The question now is why the FTC wants to shoot the wounded after the war is over. Beyond reducing Qualcomm’s royalties—thus giving Huawei a competitive edge—regulators are setting a bad precedent of using antitrust law to intervene in contract disputes. This would create uncertainty and hamper 5G investment.”

There is no doubt that the FTC’s pursuit of Qualcomm at the behest of Apple has given Huawei a competitive advantage, which is hard to understand for those who have followed the U.S.-China trade negotiations. While Huawei is poised to be banned from the U.S. marketplace by the Trump Administration, the company has found itself exempt from the blacklist for 90 days, according to reports from the Wall Street Journal. The timing of this ban and subsequent exemption suggests it has more to do with politics and negotiation tactics between the United States and China, with the Trump Administration attempting to give negotiators more time to reach a deal while a deadline hangs over Huawei’s head. Meanwhile, Qualcomm continues to be beaten and bruised and Huawei pays no price, and likely never will be excluded from the U.S. marketplace. It would seem the Trump Administration’s rhetoric on China and Huawei is meaningless.

Whatever the case may be, the Wall Street Journal Editorial Board is right, but didn’t go far enough. The continued FTC pursuit of Qualcomm was worse than shooting the wounded after the war is over. It was more like executing the prisoners of war after a peace treaty has been signed.

The FTC should have done the right thing and admitted they had no case after the Apple/Qualcomm peace was achieved. That would have been the appropriate move for a prosecutor who is concerned with achieving justice.