“The United States’ move to a tie for second place in the IP Index’s patent rankings is certainly welcome news but the nation’s patents and related rights score is 7.5, only 0.25 points ahead of thirteenth-place Italy and putting the country’s patent ranking in a seemingly tenuous position.” 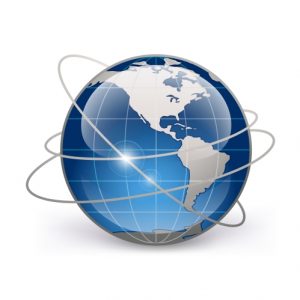 On February 7, the U.S. Chamber of Commerce’s Global Innovation Policy Center (GIPC) released the latest version of its International IP Index assessing the intellectual property environments in 50 world economies. Once again, the United States achieved the top overall ranking as the strongest intellectual property regime in the world. The country’s improved ranking in patent rights—moving from its twelfth-place ranking in 2018 to a tie for second place this year—is particularly notable. However, the United States does find itself tied with 10 other countries for that second-place ranking in patent rights and is just as close to being tied with thirteenth-place Italy as it is to being tied with first-place Singapore.

As the executive summary of the GIPC’s International IP Index notes, intellectual property has become a much more important topic in international affairs over the past year. IP issues have been at the center of the ongoing trade dispute between the U.S. and China and played a major role in the negotiations leading up to the United States-Mexico-Canada Agreement (USMCA) which was signed by those three countries last November. The summary also noted that the United States’ improved ranking in patent rights was a result of reforms introduced by the U.S. Patent and Trademark Office that are expected to reduce unpredictability in the nation’s patent opposition system. These include reforms from the change in the claim construction standard used in inter partes review (IPR) proceedings, to the Phillips standard used in federal courts, the new Trial Practice Guide clarifying the grounds on which an IPR may be instituted, and changes to standard operating procedures related to judge assignments and issuing precedential opinions.

The United States’ top overall ranking in the International IP Index was supported by key areas of strength including the new standard for international IP protections created by the US-Mexico Free Trade Agreement (USMCA) and its position as a global leader and standard setter for IP rights enforcement and protection. Key areas of weakness for the United States include both continued uncertainty over patentability in high-tech sectors and a lack of a targeted legal basis for addressing online piracy in line with other global leaders.

A new key area of weakness identified in this year’s Index involves a 2018 Congressional proposal for compulsory licensing as a pharmaceutical cost containment policy. Such a proposal was included in H.R. 6505, the Medicare Negotiation and Competitive Licensing Act of 2018, introduced by Rep. Lloyd Doggett (D-TX) in July 2018. Such compulsory licensing measures would arguably undermine America’s position as the global leader in biopharmaceutical innovation due to the critical factor played by IP rights in supporting the billions of dollars’ worth of investment needed to develop new drugs and treatments. The passage of such legislation would have completely wiped out the United States’ score on one of the IP Index’s indicator measures and would have dropped the U.S. to second-place overall and sixteenth in the patent rankings, to tie with Israel.

During a press call announcing the findings of the IP Index, Meir Pugatch of the Pugatch Consilium, the consultancy firm which compiled the IP Index, noted that the 50 economies covered by the report represented 90 percent of global gross domestic product (GDP). Pugatch talked about some significant positive moves in India, which climbed eight spots in the overall rankings up to thirty-sixth this year and increased its score by nearly 20%, thanks to joining the World Intellectual Property Organization’s (WIPO) Internet Treaties and signing a Patent Prosecution Highway agreement with Japan. Pugatch also referenced Taiwan’s improved score as a result of establishing a linkage mechanism between pharmaceutical patents and drugs approved for sale in the country. Pugatch did note that there was negative movement in countries such as Saudi Arabia, Venezuela, Vietnam and Kenya, in some instances owing to efforts to restrict licensing deals and trade secrets. “Overall, we do see that countries are taking their IP environments more seriously than before,” Pugatch said.

Following Pugatch was Ellen Szymanski, Executive Director of International Policy for the GIPC, who spoke about the great deal of interest being shown in China’s IP system. Although China had made significant strides in recent editions of the International IP Index, “China’s rise in the IP index has come to a standstill,” Szymanski said, and the country currently stands at a crossroads due to the sheer scale of IP theft committed by the country and the large number of counterfeit products which are exported throughout the world. “If China wants to be a valuable trading partner, it must have an open market and its government must take its thumb off the scale,” Szymanski said. She also talked about the USMCA representing a significant upgrade regarding IP provisions to the North American Free Trade Agreement (NAFTA) which it replaced, noting that the GIPC was very proud of the accomplishments of U.S. negotiators. However, she added that Article 32.6 of the USMCA included a carve-out for Canadian cultural industries, which affected the index score of the agreement as it was unclear how that carveout would affect IP provisions of the USMCA in practice.

Patrick Kilbride, Senior Vice President of GIPC, wrapped up the comment period of the press call. “Intellectual property, at its core, is a means to an end,” Kilbride said, “and the end we’re seeking is innovation and creativity.” He lauded the efforts of India to improve its national IP environment, noting that the country was last-place in the GIPC’s first International IP Index released in 2012. He also said he believed that the U.S. was rightly credited with democratizing intellectual property throughout the world. “We were very concerned when we saw the deteriorating predictability of the U.S. patent system over the past decade,” Kilbride said. However, he added that the GIPC was encouraged by the modest measures taken by the USPTO in the past year to restore predictability to patent rights.

The United States’ move to a tie for second place in the IP Index’s patent rankings is certainly welcome news but the nation’s patents and related rights score is 7.5—only 0.25 points ahead of thirteenth-place Italy and putting the country’s patent ranking in a seemingly tenuous position. Kilbride said that the U.S. did improve its patent score by 0.25 points in this year’s index due to USPTO Director Andrei Iancu’s efforts to address predictability issues, and while he acknowledged that the ranking scores were very tight, he pointed out that the U.S. was only 0.25 points behind of top-ranked Singapore in the patent rankings. Kilbride added that, while the IP Index covers a large number of factors, it was impossible to measure every factor affecting the country’s patent ranking. He also recognized that U.S. patent owners might point to continuing issues in obtaining injunctions against infringers or patent eligibility problems, which continue to impact the nation’s patent system.

Although the United States retains the top overall score in the International IP Index and increased its lead over second-place United Kingdom, the Index notes that the U.S.’ overall score actually declined slightly from 94.95% down to 94.80%. David Torstensson, Partner at the Pugatch Consilium and co-author of the Index, chalked up this marginal decrease in percentage score mainly to the introduction of new indicators to the Index, increasing the number of indicators measured from 40 up to 45. Torstensson added that the U.S. didn’t earn a perfect score in some of these new indicators, such as tax incentives for the creation of IP assets, creating the very small decrease in the nation’s overall percentage score.

In a statement, Innovation Alliance Executive Director Brian Pomper gave much of the credit to Iancu.

Since he assumed office last year, Director Iancu has been focused on using his administrative powers to improve the predictability and reliability of the U.S. patent system. For example, to help address the confusion over Section 101 and what can and cannot be patented, the USPTO has issued new guidance to clarify the law for inventors. And to help restore balance to the agency’s Patent Trial and Appeal Board (PTAB) process, the USPTO has finalized a rule requiring the PTAB to use the same standard for considering patent claims as is used in federal courts, to prevent inconsistent results when the same patent is reviewed in different forums. Most importantly, Director Iancu has used his position to champion the brilliance of American inventors and the critical role our patent system plays in promoting their innovation.