In Support of Inaugurating February 7 as ‘World e Day’

“Unlike pi, which is much better known, and which is even relatable to many, e is a more complicated and more distant constant cousin. Still, this marvelous constant is of immense value to science and society at large.” 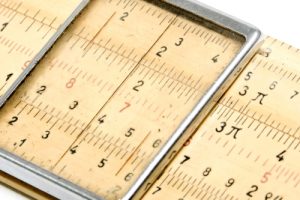 Mathematics is a fascinating subject to some people, but a horror to most. Formulas and rules abound to govern purely abstract relationships that appear alien to ordinary life. Yet, mathematical laws govern our entire world, and the Universe. Physicist Max Tegmark believes that the Universe is itself entirely mathematics, i.e., we are all elaborate formulas in some metaverse.

The Wonders of e

The constant e is found primarily in mathematical theories and physics computations, but it also turns up in finance. Just like the mysterious pi, the constant e has a lot of stories and mysteries of its own and is also related to ordinary life. For example, e is found in the study of compound interest in banking, as well as probability theory. But e is of considerable value in the entire field of calculus, where the use of e reduces computational complexities.

Before calculators and computers, e and natural logarithms were a mainstay in slide rules, which were graduated scales of numbers along two slidably-arranged pieces of wood. Multiplication and division were easy using a slide rule, simply lining up numbers on the appropriate scales. But these devices included considerably more functionality with the usage of logarithmic techniques, using the base e, and exploiting the properties of these functions to simplify complex calculations using log scales.

The Renaissance was a time of great intellectual exploration, and science required precise measurements and instruments for calculations. Just after Galileo, John Napier invented logarithms, which in essence is a simplified mathematical reformulation of numbers to make them easier to calculate. Such concepts were, however, generally known by the Babylonians (2000 BC) and Indians (800 AD).

Using logarithms simplifies the math, e.g., the process of multiplication is simplified to addition, and large or small numbers could be calculated by first simplifying the number, e.g., 4,567 could be reduced to finding the log of .4567 (from a precomputed table) and adding the exponent value (10,000) afterward. During the Industrial Revolution, slide rule design and usage went into overdrive with the rise of science, technology and engineering. We went to the Moon using slide rules and e.

The constant e, actually hinted at by Napier and others, was first calculated by Jacob Bernouli, one of the famous Bernouli Brothers of mathematics, in 1683. Gottfried Leibnitz first used the letter b for the constant in 1690, but Leonhard Euler coined the letter e for this constant (for Euler?) in 1727 or so, and that coinage later took.

A Complicated, but Constant Cousin

Just as with pi, e is both an irrational number, i.e., it is not a ratio of integers, and a transcendental number, i.e., not a root of any non-zero polynomial with rational coefficients, which means that e’s digits, like pi’s, continue unrepeating to infinity. The constant e is also prevalent in mathematical formulas that involve a series going to infinity, e.g., the Taylor series in calculus and many others.

Unlike pi, which is much better known, and which is even relatable to many, e is a more complicated and more distant constant cousin. Still, this marvelous constant is of immense value to science and society at large and should be commemorated accordingly. Hence, I proclaim February 7 as World, National, or International e Day.

Raymond Van Dyke Raymond Van Dyke is an Attorney and Educator. In his practice at Van Dyke IP Law, he helps a variety of clients in their IP matters. He specializes in patent, [...see more]