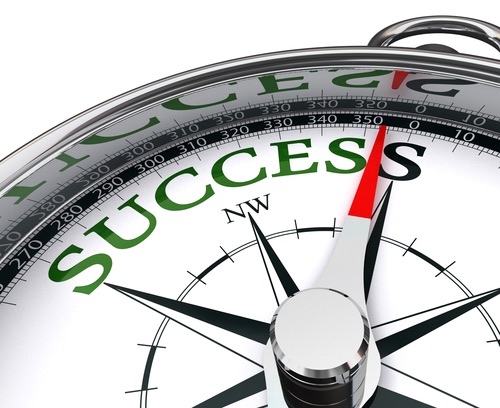 The Court of Appeals for the Federal Circuit recently issued a decision in DSS Technology Management v. Apple, which reversed an earlier decision by the Patent Trial and Appeal Board (PTAB) to invalidate patent claims covering a wireless communication networking technology. The majority opinion, authored by Judge Kathleen O’Malley, and with Judge Jimmie Reyna concurring, found that the PTAB did not sufficiently explain the conclusions reached in order to invalidate the patent claims based on obviousness.

The Court also explained that no such explanation could be gleaned from the case record. The majority opinion also determined that the PTAB misapplied common sense as it applies to making an obviousness determination, specifically misapplying the Federal Circuit’s 2016 decision in Arendi S.A.R.L. v. Apple Inc., 832 F.3d 1355 (2016), which was also authored by Judge O’Malley. As was the error in Arendi, the PTAB allowed its own common sense to supply a missing claim limitation leading to invalidation on obviousness grounds. Simply stated, that is not appropriate under a proper obviousness determination.

More to this Dispute

While this may seem like an ordinary, garden variety misapplication of the law of obviousness by the PTAB, there is more beneath the surface. In this case one of the Administrative Patent Judges (APJs) hearing the case at the United States Patent and Trademark Office (USPTO) was APJ Matt Clements, who previously represented Apple as a defense attorney in patent infringement matters prior to joining the board. Rather than recuse himself from hearing Apple matters, according to data we’ve retrieved from Lex Machina he has now been assigned to some 52 petitions filed by Apple, with Apple not surprisingly doing remarkably well in those petitions.

If this dispute were litigated in an Article III court and a federal judge had represented Apple, disqualification would be mandatory unless no other judge could hear the case, and then proceeding would require the parties to agree in writing outside the presence of the presiding judge. Such a conflict for a practicing attorney could never be resolved if there would be a direct conflict, and where a potential conflict would exist would require a client waiver.

It is astonishing that the Patent Trial and Appeal Board STILL does not have Rules of Conduct or any kind of Code of Judicial Ethics that applies to Administrative Patent Judges. This is inexcusable, period.

Is the presence of APJ Clements on the panel why there was a rather fundamental misapplication of the law of obviousness in this case? It is impossible to tell. It may just be a fundamental misapplication of the law of obviousness — a mistake. But we should have to ask that question. That is the entire reason to have ethics rules in the first place, so you never have to ask whether a relationship or circumstance lead to a particular outcome instead of the merits. The closeness of the relationship between Apple and Clements, and the reality that Clements participated in a final written decision that favored Apple and fundamentally misapplied the law of obviousness requires serious questions to be raised, particularly where the PTAB continues to ignore the problem of conflicts and lack of a Code of Judicial Ethics for APJs.

In November 2013, DSS Tech filed suit against Apple in the Eastern District of Texas, alleging that Apple’s products utilizing Bluetooth wireless communications to connect with peripheral devices, including the Mac Mini, iMac, iPod, iPad and iPhone product lines, infringed on claims of the ‘290 patent. In December 2014, the case was transferred to the Northern District of California. That same month, Apple filed two petitions for inter partes review (IPR) proceedings at the PTAB challenging the validity of the ‘290 patent on 35 U.S.C. § 103 grounds for obviousness. In June 2015, the PTAB decided to institute both IPRs and final written decisions issued the following June invalidated all challenged claims of the ‘290 patent.

There are a couple of interesting things to point out about the makeup of the panel conducting both of these IPR proceedings on the ‘290 patent. First, the same panel of Administrative Patent Judges (APJs) that decided to institute the IPRs also issued the final written decisions in both cases, a practice which, while common at the PTAB, flies in the face of statutes governing the PTAB and how some believe there should be different APJ panels between institution and final written decision phases.

Second, one of the APJs in both cases was APJ Matt Clements. As we’ve reported before, APJ Clements has sat on the panel in multiple cases where Apple was the petitioner in a post grant proceeding (i.e., inter partes review (IPR) or covered business method (CBM) review). Clements used to represent Apple as a patent infringement defense lawyer. The significance being that if a trial were in an Article III district courts, he would have to recuse himself from the case over there being a direct conflict of interest posed by his former employment by one of the parties in the case. As of April 2nd, Clements has served as an APJ on 52 PTAB proceedings of the 403 total petitioned by Apple.

As is noted by the recent Federal Circuit decision to reverse the PTAB’s IPR holdings in these cases, the appeal centered on a dispute over the term “low duty cycle RF bursts”, which is an element of claim 1. DSS Tech argued that none of the submitted prior art disclosed any limitation about a server transmitter that was energized by low duty cycle RF bursts. DSS Tech conceded that one piece of prior art, U.S. Patent No. 5241542 (“Natarajan”), titled Battery Efficient Operation of Scheduled Access Protocol and issued in August 1993, disclosed a system for reducing power consumption in mobile units, but argued that Natarajan did not disclose doing the same for server transmitters. In the final written decisions, the PTAB acknowledged that Natarajan only described the mobile units, but because the base units incorporated similar wireless communications components as the mobile units, it would have been obvious to a person of ordinary skill in the art that the system taught by Natarajan could also achieve reduced power consumption if applied to the base units.

More specifically, the panel majority explained that the full extent of the Board’s analysis relating to obviousness was contained in a single paragraph. O’Malley explained:

After acknowledging that Natarajan does not disclose a base unit transmitter that uses the same power conservation technique, the Board concluded that a person of ordinary skill would have been motivated to modify Natarajan to incorporate such a technique into a base unit transmitter and that such a modification would have been within the skill of the ordinarily skilled artisan. Id. In reaching these conclusions, the Board made no further citation to the record. Id. It referred instead to the “ordinary creativity” of the skilled artisan. Id. (quoting KSR, 550 U.S. at 420-21). This is not enough to satisfy the Arendi standard.

Dissenting from the majority panel was Circuit Judge Pauline Newman, who argued that, “if the PTAB’s explanation is indeed inadequate, the appropriate appellate action is not to grant final judgment for the opponent.” Further, Judge Newman did not feel that the PTAB’s explanation of its obviousness analysis was inadequate, finding that the Board stated with reasonable clarity how the information contributed in the arguments presented by either side led to the obviousness finding.

Notwithstanding the strength of Judge Newman’s conviction, it is difficult to understand how using the phraseology “ordinary creativity” does anything other than harkens back to “common sense,” as was the conclusion reached by Judges O’Malley and Reyna.