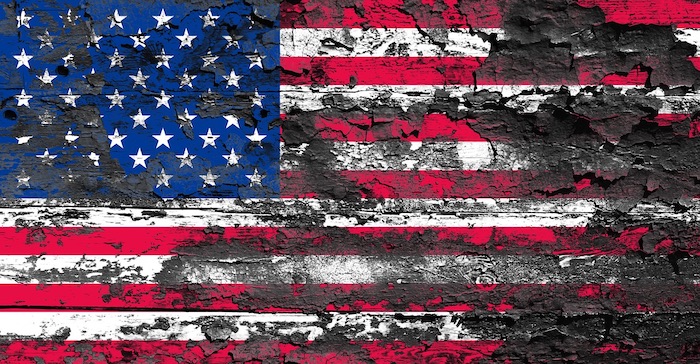 On Monday, January 22nd, Bloomberg published an article discussing the results of the 2018 Bloomberg Innovation Index, an annual ranking of innovation economies from across the world which the business news publication has released for six years. For the first time since the inception of the Bloomberg Innovation Index, the United States was ranked outside the top 10 in the list, ranking 11th out of the 50 economies in the index after having placed 9th in the 2017 version of the index. This latest dip in the standing of the United States’ innovation economy is simply the most recent sign that there are significant issues posed by the current intellectual property regime in this country.

The Bloomberg article cited a few areas of weakness which caused the position of the U.S. to decline compared to its ranking on the index last year. Two categories where the country lost significant points include post-secondary, or tertiary, education-efficiency, which is a measure of new science and engineering graduates in the labor force, as well as value-added manufacturing, a measure of the value of manufactured goods when compared against the cost of inputs. According to the report, the United States did see an improvement in its productivity score on the index.

Unfortunately, by most indications, inventors in the United States can continue to expect the innovation environment to continue to slide in the immediate future. The Bloomberg article quotes Robert D. Atkinson, president of the Information Technology and Innovation Foundation, as saying that the downward trend of America’s innovation economy is likely to continue without policies on tax incentives for research and development or better funding for research and commercialization initiatives.

This is not the first time in recent memory that the United States has seen its stature as an innovation economy drop significantly. The 2017 U.S. Chamber of Commerce IP Index was the first time in the five years of that survey that the United States slipped from its vaunted position as the top-ranked country in terms of patent rights. Last year, the U.S. dropped from first-place all the way to tenth to pull even with Hungary, a former Soviet bloc state.

Many expect the next edition of the Chamber of Commerce’s IP Index, which is due out on February 8th, to similarly show that the past year has not been a banner one in terms of governmental efforts toward supporting protections for innovation.

Specific key weaknesses cited by the Chamber’s 2017 study include a patent opposition system adding substantial cost and uncertainty for patent owners as well as a narrow interpretation of the patentability of innovations in the biotech and computer sectors compared to international standards. The U.S. Supreme Court has a great opportunity to address the key weakness regarding the patent opposition system if it rules the Patent Trial and Appeal Board (PTAB) unconstitutional in its upcoming decision in Oil States Energy Services, LLC v. Greene’s Energy Group, LLC, but that decision will come out too late to impact the country’s rank on the 2018 IP index.

Given the factors behind the United States’ dwindling position among the top innovation economies in the world, it’s disappointing to see at least one tech giant actively advocate against any U.S. improvement, at least in terms of the education level of the national labor force.

Google has been the public face of efforts to push further patent reforms that would only continue to weaken the patent system. Recently, however, the Internet services titan has widely publicized the results of several in-house studies showing the company does not value a STEM education among its employees as much as it does soft skills like empathy and emotional intelligence. Google’s position against STEM education comes despite statistics from the U.S. Bureau and Labor Statistics that show that occupations requiring a STEM education paid median wages which were more than twice the median wage earned by all workers. Given that one of the factors bringing down the position of the United States in the recent Bloomberg index was a lack of science and engineering graduates in the workforce, Google’s de-emphasis of STEM education seems to be very short-sighted.

Another trend pointed out by the recent Bloomberg Innovation Index is the slow rise of the innovation economy in China which has shown signs of improving just as the United States continues to be unable to address key IP issues. China climbed two rank positions in the most recent version of the Bloomberg index, up to 19th from 21st the previous year. One of the growing strengths cited as a reason for China’s improved position is a higher proportion of science and engineering graduates in the labor force. An increasing number of patents owned by domestic companies such as smartphone maker Huawei Technologies was another contributor to China’s improved standing this year.

The proportion of STEM graduates entering the workforce is not the only area of innovation policy where China serves as a photo negative to the current IP regime in the U.S. At the same time that Supreme Court case law has restricted the patentability of software and business method patents, China has been relaxing the examination guidelines for such innovations to increase the chances that they can be patent-protected. While this country’s political leadership in Washington has resorted to deriding plaintiffs in patent infringement proceedings, Chinese President Xi Jinping has been stepping up his rhetoric against infringing parties.

The Bloomberg index’s point on the increased patent portfolio owned by Huawei further highlights the stagnation of the innovation economy currently being seen in the United States. Huawei’s patent portfolio has largely been amassed in recent years as the company filed nearly 8,000 patent applications between 2015 and 2016. As a result of its increased patent filing activities, Huawei reports that it holds more than 15 percent of standard essential patents (SEPs) related to 4G Long-Term Evolution (LTE) wireless communications. One recent working paper on global patent royalties in the mobile phone space indicated that Huawei’s patent portfolio may be helping it earn 30 percent of all patent royalties earned by Chinese firms. By contrast, the U.S. tech elite hasn’t altered much in recent years, featuring many of the usual suspects such as Google, Apple, Facebook and other well-entrenched firms who benefit from weakened patent enforcement rights. These companies seek to ensure their market dominance by supporting lobby institutions like the High Tech Inventors Alliance (HTIA) all while paying lip service to improved patent quality. In the context of the Bloomberg Innovation Index, what should be clear is that the patent reform efforts of the past few years have done much to hurt America’s current innovation economy.