The High Tech Inventors Alliance: The newest institution of the efficient infringer lobby in D.C. 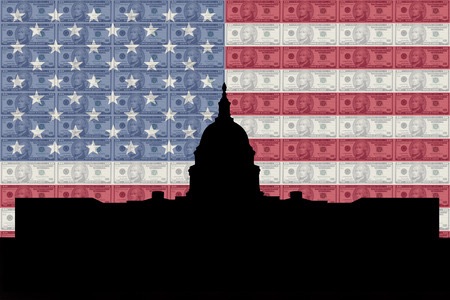 In a recent interview with IPWatchdog, Congressman Thomas Massie (R-KY) explained that every day Congress is in session there are lobbyists on Capitol Hill seeking to weaken the patent system. Massie’s words were both accurate and prophetic.  On Monday, July 10th, eight tech companies owning a collective 115,000 patents announced the establishment of the High Tech Inventors Alliance (HTIA), an organization they claim is “dedicated to supporting balanced patent policy.” According to coverage by Congressional blog TheHill, the formation of the HTIA is intended to further debate on Capitol Hill over patent reform.

It would be far too generous to say that all of these companies making up the HTIA are truly interested in promoting balanced patent reform that achieves successful results for every player in the U.S. patent system, especially the smaller entities who keep getting squeezed by Congressional misaction, executive branch mismanagement and a judicially-myopic U.S. Supreme Court. The press release announcing the HTIA notes that, collectively, its members invested $62.9 billion on research and development in 2016 and they employ 447,000 people in the United States. But they’re promoting legislation which only tips the scales further away from patent owners and to entrenched interests who would be able to rely on mandatory fee-shifting and involuntary joinder statutes, among other things, as further risks to capital investment in smaller players, further discouraging legitimate patent infringement suits from reaching district court.

The only members of the HTIA who lobbied on S.632, the STRONG Patents Act, were Amazon, Dell and Intel. One of the lobbying reports filed on behalf of Amazon notes that Amazon lobbied the STRONG Patents Act to raise the issue of the Federal Trade Commission’s recent report on patent assertion entities (PAEs). It is very telling that all members of the HTIA lobbied on a patent reform bill that would disproportionately hurt smaller entities while only a fraction of them interacted with a different bill which would have strengthened patent rights while increasing the crackdown on abusive demand letters. It’s even more telling that Amazon lobbied the STRONG Patents Act to raise issues related to the FTC’s PAE study, a study with questionable methodology reaching overbroad policy conclusions.

We can probably expect more of the same anti-patent “patent troll” rhetoric from the HTIA given that its members have so fervently worked on behalf of the efficient infringer lobby in recent years. There are already blog posts online touting the group’s nascent efforts in the fight against patent trolls.

“When the patent system does not function well, it undermines rather than supports innovation, to the detriment of all Americans – inventors, employees, investors in productive businesses and ultimately, consumers,” said John Thorne, the HTIA’s general counsel and spokesperson. Thorne couldn’t be more right: a poorly functioning U.S. patent system, currently ranked 10th by the U.S. Chamber of Commerce in its most recent IP index, harms the ability of innovators to protect their intellectual property and results in venture capital flowing into other markets like China.

It has to be discouraging, if not outright infuriating, to most patent owners that any sensible discussion on the U.S. patent system in D.C. has been relegated to the basement of the U.S. Capitol. Especially when the halls of the House of Representatives echo with the false narrative of “patent trolls”, a false narrative being reinforced by blatantly anti-patent and uneducated viewpoints being paraded by poor panel witnesses. Anyone who cares about the state of justice in the U.S. patent system ought to closely scrutinize the activities of the HTIA when it lobbies on behalf of patent reform on Capitol Hill.