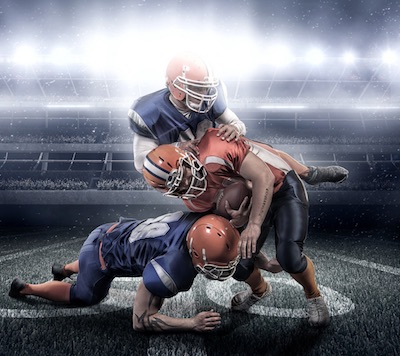 The Patent Trial and Appeal Board (PTAB) of the United States Patent and Trademark Office (USPTO) publishes monthly statistics that break down inter partes review (IPR) activity in minute detail.  IPRs, ushered in by the America Invents Act (AIA) as an alternative way to challenge patents in an administrative setting, have been the bane of many patent owners’ existences.

Much of the debate about whether the AIA is fair to patent owners turns on these statistics released by the PTAB.  While the numbers initially supported the claim that the PTAB was a “patent death squad,” recent changes in the statistics have been used to argue that the tide is turning, and patent owners are getting a much fairer shake. Those new statistics tell of a circumstance that many patent owners simply do not experience when dealing with the PTAB.

The problem, or disconnect, between PTAB statistics and the experience of patent owners is found in the very structure of how the PTAB does its analysis. The PTAB provides a misleading – albeit true – picture of the real impact of AIA reviews on patent owners.  The problem with the PTAB statistics, and arguably the PTAB itself, is that they don’t take into account what we call “gang tackling” against a patent owner (i.e., IPR gang tackling). Without considering this phenomenon, the statistics released by the PTAB will never be anything more than an inaccurate and misleading representation of post grant administrative proceedings.

Consider the following illustration.  Petitioner A requests IPR against Owner B’s patent, challenging all 10 claims in the patent. The PTAB institutes all 10 claims, resulting in a 100% institution rate.  A year later, all 10 claims are found unpatentable.  0% survival rate.  Simple.

Here’s where perspective starts to matter.  Again, Petitioner A requests IPR against Owner B’s patent, challenging all 10 claims in the patent.  The PTAB institutes all 10 claims.  But this time, another company, Petitioner U, “gang tackles,” i.e. requests joinder (using a near-photocopy of the original petition) – but gets denied. The process winds its way through the PTAB, and a year later, all 10 claims are found unpatentable.  Still simple?

If you use the PTAB published statistics, they’ll tell you that the institution rate was 50% – because only 1 of 2 petitions was granted. That’s true, as far as it goes.  But from the patent owner’s perspective, they used to have 10 claims, and now they have 0.  That’s a 100% kill rate!

Now extrapolate.  Assume 10 petitions and one institution.  A 10% institution rate seems terribly biased towards the patent owner.  But if all 10 claims get killed, that’s still a 100% kill rate – pretty good for challengers.  When both sides think the deck is egregiously stacked against them, it’s easy to see why there’s no middle ground for compromise and improvement. And the way the PTAB is reporting statistics is to blame.

The PTAB’s published statistics reflect the workload and decision-making process of the board’s panels.  But from a patent owner’s perspective, those statistics are a wildly inaccurate misrepresentation of the impact on its business.  Imagine a coroner doing an autopsy who says that 9 shots fired didn’t kill someone. “Only” one did.  “90% of Shots Are Non-fatal” seems like a pretty decent headline.  But to the poor guy who got killed, he doesn’t really care if he was shot once or 100 times if he still ends up dead either way!

The problem with IPR gang tackling and how it distorts PTAB statistics is far more than a theoretical math problem.  Take a look at this case study published by Patexia.

The case study analyzes the 125 (yes, 125!) IPRs filed against Zond during the seven months (yes, 7!) from Feb 2014 to Sept 2014. Per the PTAB statistics, the institution rate for the Zond patents was 88.6%. (1,377 claims challenged, 1,220 instituted.) An 88.6% institution rate is obviously a high number, but it’s close to the PTAB’s overall institution rate during those seven months. So the PTAB can make the argument that Zond was treated fairly, similarly to all other parties.

But look at the same data from Zond’s perspective.  Before the AIA they owned 371 claims.  By the end of the 125 “gang tackling” IPRs filed against them, they owned 0.  0 claims.  0% survival.  Does it matter to a patent owner such as Zond whether the loss of all its rights was achieved by the “gang” through one IPR or 125?  Every claim Zond had – ended up dead.  It’s clear that the statistics published by the PTAB by themselves do not tell the entire story, especially when multiple parties are attacking one’s patents.

If you are having trouble figuring out how Zond could have had 371 claims, lost all of them, but only 1,220 claims were instituted out of 1,377 claims challenged, you understand the problem. These are not misprints or mistakes. Zond had 371 unique patent claims, but because of the IPR gang tackling phenomena those 371 claims were challenged a total of 1,377 times, but instituted only 1,220 times. Thus, the number of institutions is more than three times the number of unique claims Zond owned. In other words, the institution rate shouldn’t have been 88.6%, it should have been closer to 329%!

The previous case study is not the only example of IPR gang tackling; although, it may be the most telling. Another variety of IPR gang tackling includes situations where patent owners face IPR challenges and are able to fend them off at the institution stage. Without a final written decision, however, there is no estoppel, which forces the patent owner to continue to fight over and over again, frequently the same petition or near identical copies of the same petition. In some situations, IPR has been denied institution multiple times and then for some unexplained reason a virtually identical petition to what has been previously denied is instituted. From the patent owner’s perspective this is worse than a 100% institution rate because they were forced to fight institution multiple times, and then the petition was still instituted. From the PTAB perspective, if institution happened on the 4th petition after 3 fails, that means that only 25% of petitions were instituted. Again, technically true but extremely misleading information.

To be explicit, we do not infer any nefarious intent on the PTAB’s part by disclosing these true albeit misleading statistics.  A government agency reports the statistics that explain their workload and justify their budget and staffing needs.  From an operational budget standpoint, the actual outcome of an IPR is actually almost incidental.

But from a policy standpoint, the outcome of IPRs is absolutely critical.  And what matters to American innovation policy is how many claims go in and how many claims come out.  As the new Congress and Executive offices turn their attention to the Patent Office, they should require the PTAB to report on the total number of unique claims subject to IPR and the number of those claims that survive the entire gamut. In other words, the PTAB can keep reporting these statistics if they want, but there are far better statistics to report that will paint a far more accurate picture of what is actually occurring from the perspective of patent owners.

Gang tackling has distorted the statistics – and the intent – of the America Invents Act.  Continuing a debate based on faulty data is a fool’s errand.  A more accurate depiction of the impact on innovation policy is easily available.  Policy makers should demand that their work be guided by facts and figures that tell the whole story.