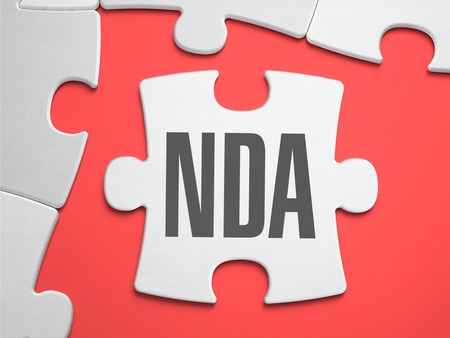 On February 1, 2017, a Dallas federal jury in the Northern District of Texas handed down a $500M verdict in the high-profile case ZeniMax Media Inc. v. Oculus VR, Inc. (Civil Case No. 3:14-cv-01849-P (Kinkeade, J.).  The jury found that defendants Oculus and Palmer Luckey, Oculus’s founder, breached a non-disclosure agreement (NDA) entered into with ZeniMax in 2012. A pioneer in virtual reality (VR) technology, Oculus was acquired by Facebook in 2014 for $2 billion. That same year, ZeniMax filed the suit against Oculus and Luckey, and later joined Facebook as a co-defendant. The suit alleged, among other things, breach of the NDA, misappropriation of trade secrets, and copyright infringement. Of the $500 million in damages awarded by the jury against Oculus in favor of ZeniMax, $200 million pertained to breach of the NDA.

Most technology enterprises are well-acquainted with NDAs. On the positive side, they recognize the importance of entering into NDAs with outside parties before disclosing confidential information, whether in the context of discussions related to potential commercial transactions, funding, or joint R&D projects, or for other purposes, such as to support product-related investigations or certification activities. On the negative side, enterprises commonly associate the negotiation of NDAs with cumbersome paperwork, obstacles, and delay.

As discussed below, ZeniMax offers useful insights for enterprises seeking to maximize the benefits of NDAs while minimizing the time and effort needed to negotiate them.

The Problem with Some NDAs

NDAs are not immune from the realities of negotiation. Indeed, the process of reaching a meeting of the minds is often complicated, unpredictable, and time-intensive, even when a transaction appears straightforward at the outset. Nevertheless, enterprises may fall into the trap of adopting corporate NDA templates with provisions that most counterparties perceive as unnecessary or unreasonable. Moreover, during negotiations, they may operate with the conviction that such provisions are needed to protect the enterprise, digging in their heels over counterparties’ objections. Taken together, these approaches may substantially increase the time and effort required to negotiate NDAs across the enterprise. In the minds of stakeholders, the negotiation process may seem to overshadow the very transactions that NDAs are intended to facilitate.

The NDA executed by Palmer Luckey and ZeniMax is not publicly of record in ZeniMax, but pertinent excerpts are reproduced in the Complaint. The term “Proprietary Information” was defined in the NDA to mean, in part:

[A]ll information and know-how, regardless of whether or not in writing, of a private, secret or confidential nature that relates to the business, technical or financial affairs of the Disclosing Party [i.e., ZeniMax], its parent, subsidiaries, affiliates, licensors, customers, potential customers, suppliers or potential suppliers provided or disclosed to the Receiving Party [i.e., Luckey] or which becomes known to the Receiving Party, whether or not marked or otherwise designated as “confidential”, “proprietary” or with any other legend indicating its proprietary nature.

Illustrative examples of such information were provided within the definition. The NDA also imposed confidentiality duties on the Receiving Party:

(ii) Restrict disclosure to those of its directors, officers, employees or attorneys who clearly have a need-to-know such Proprietary Information, and then only to the extent of such need-to-know, and only in furtherance of the Proper Purpose;

(iv) Not use any Proprietary Information to compete or obtain any competitive or other advantage with respect to the Disclosing Party.

The NDA further stated that the Proprietary Information was to remain the property of the Disclosing Party:

b. Ownership. All Proprietary Information, including but not limited to that which is contained in files, letters, memoranda, reports, records, data, sketches, drawings, notebooks, program listings, or other written, photographic, or other tangible, intangible, or other materials, or which shall come into the Receiving Party’s custody or possession, is and at all times shall be the exclusive property of the Disclosing Party, and shall be used by the Receiving Party only for the Proper Purpose.

Thus, with the stroke of a pen, Luckey became bound to an NDA whose breach led to a massive damages award.

Necessary Ingredients of an Effective NDA

The outcome in ZeniMax is an important reminder that NDAs remain a fundamental and powerful tool to protect an enterprise’s proprietary information and provide a legal remedy in the event of a breach. Yet, a review of the above ZeniMax NDA excerpts leads to an obvious conclusion: This was just a standard NDA. That is, the ZeniMax NDA employed standard NDA language that many an attorney has read hundreds of times and expects to see in any reasonable NDA, whether drafted by one’s organization or proposed by a counterparty. Except for the $200 million in damages awarded for its breach, nothing about the NDA’s language looks particularly clever, unconventional, or exceptional. In short, the ZeniMax NDA included necessary ingredients that were deemed enforceable and secured ZeniMax a substantial remedy.

Tactics to Avoid When Drafting and Negotiating NDAs

Some enterprises or their legal advisors view NDAs not just as tools to bind third parties to secrecy, but also as vehicles for pursuing additional rights, such as IP rights. To attempt to secure such rights, they may embed relatively aggressive provisions in standard NDA templates or in drafts received from counterparties. When assessing the sufficiency of an NDA form for use across the business, they also may neglect to think through certain practical or legal considerations, thereby adopting a deficient template for widespread use. These approaches inevitably prolong the negotiation of NDAs because astute counterparties will object to substantively unreasonable positions and highlight other deficiencies. In the final analysis, the iterative exchange of NDA revisions and conducting of negotiation sessions circuitously may lead to a final NDA version that, like the ZeniMax NDA, includes the necessary ingredients discussed above. However, delays attributable to the negotiation process often block parties from timely exchanging information and realizing the benefits of collaboration.

In general, the following eight tactics are counterproductive to the expeditious negotiation of NDAs, especially when leveraged as an enterprise’s default positions.

Much to the chagrin of Oculus and Facebook, the ZeniMax NDA and subsequent jury award remind us that standard NDAs are highly effective. Thus, to maximize the benefits of NDAs and minimize business disruptions and delay stemming from the negotiation process, enterprises should craft and negotiate NDAs with an emphasis on what is reasonably necessary. Over-engineering corporate NDA templates and taking default positions that will be untenable to reasonable counterparties should be avoided. A prudent approach will lead more quickly to fully-executed—and enforceable—NDAs so that parties can actually sit down to do business.

NOTE: This article reflects my current personal views and should not be necessarily attributed to my current or former employers, or their respective clients or customers.