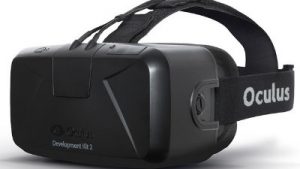 “New Oculus Rift Now Available for Developers” by BagoGames. Licensed under CC BY 2.0.

ZeniMax first filed its complaint for jury trial back in May 2014. According to the official complaint filed, ZeniMax’s allegations of wrongdoing surround confidential intellectual property developed at the company which was commercially exploited by Oculus without ever obtaining a license to the IP. At the center of this misappropriation of IP is Palmer Luckey, the founder of Oculus VR, and his development of the Rift with John Carmack, the current chief technological office at Oculus and a former technical director at id Software, a Zenimax subsidiary responsible for the development of popular video games like Doom, Wolfenstein and Quake.

In 2009, ZeniMax acquired id Software and entered into employee agreements with many of id’s key employees, including Carmack. According to ZeniMax’s allegations, Carmack’s employee agreement included an agreement to disclose ZeniMax inventions relating to the company’s current or anticipated research and development which were created during his employment. Carmack’s work for hire agreement also assigned authorship and ownership of copyrightable works completed during his employment to ZeniMax.

ZeniMax’s suit indicates that the company began active R&D in the field of virtual reality headsets in 2011 but was frustrated in its attempts to develop software for use with off-the-shelf products. The company ran into a major technical issue involving latency creating a delay between a user’s head movement and changes to the corresponding virtual reality display.

Carmack discovered Luckey’s work on the Rift device in April 2012 through an Internet forum and contacted Luckey to obtain a prototype of the Rift. Carmack then allegedly modified the optics of the Rift, which offered a wide field of view but lacked a head mount, VR software and integrated motion sensors, using VR technologies which were based upon prior ZeniMax research.

ZeniMax entered into a non-disclosure agreement (NDA) with Luckey in May 2012 to protect its proprietary technology and prohibit Luckey from disclosing proprietary information and trade secrets owned by ZeniMax. In June, ZeniMax showcased the Rift at the 2012 Electronic Entertainment Expo to great critical acclaim. In the immediate aftermath, Luckey founded Oculus LLC to promote the Rift while engaging in ongoing communications with Carmack which included proprietary information from ZeniMax. Through the summer of 2012, while ZeniMax continued to work on improvements to the Rift, including the calibration of optics and customized binary code for tracking sensors, Luckey began engaging in a Kickstarter campaign to promote the Rift device.

Despite being instructed by Carmack not to use ZeniMax properties in videos for the Rift’s Kickstarter campaign, Luckey released a campaign video depicting ZeniMax’s Doom 3: BFG Edition on a Rift display. Luckey also allegedly promised those donating to his campaign that they would receive copies of that game with a Rift device despite a lack of a licensing agreement with ZeniMax for that game. Within four hours of launching the campaign, the original $250,000 campaign goal was already surpassed and eventually a total of $2.44 million was raised from nearly 10,000 contributors.

After the Kickstarter campaign launched, ZeniMax contacted Oculus to discuss a potential partnership with ZeniMax subsidiary Bethesda Softworks which would have given ZeniMax an equity stake in Oculus. ZeniMax also discussed agreements to show Doom 3 with the Rift at upcoming conventions. In September 2012, Oculus responded to ZeniMax’s request for an equity stake with a proposal requesting a worldwide, exclusive license to programming code in return for a 2 percent equity stake with an option for ZeniMax to pay $1.2 million for an additional 3 percent equity stake. ZeniMax countered with a proposal offering ongoing support in developing IP for the Rift, which Oculus had requested, in return for a larger equity share.

Oculus allegedly continued to seek expertise from ZeniMax through e-mail without any agreement to the counterproposal from ZeniMax. After demonstrating the Rift at the 2013 Consumer Electronics Show, Luckey and Oculus increased its efforts to obtain investor financing. Invitations from Oculus for further investment from ZeniMax did not offer ZeniMax what it felt was an adequate amount of compensation for its work in developing Rift technologies. After ZeniMax instructed Carmack and others to cease providing assistance to Oculus, but by August 2013 Carmack was named CTO of Oculus after his contractual period of employment ended at id Software. In February 2014, five senior employees which had worked with Carmack at id resigned from ZeniMax and began employment at Oculus.

In March 2014, two months before ZeniMax filed its suit, Facebook announced that it would be acquiring Oculus for $2 billion, an amount which confirmed an earlier valuation of ZeniMax’s intellectual property involved in the Rift. A Twitter post from Carmack released in April 2014 indicated that he was working to rewrite code which he had previously written at a previous job, presumably the position he held at id Software. The ZeniMax lawsuit included seven counts of wrongdoing including counts for the misappropriation of trade secrets under common law, copyright infringement, breach of contract, unfair competition, unjust enrichment, trademark infringement and false designation.

The $500 million verdict is not the full amount of damages which ZeniMax was seeking from the recent jury trial. As closing arguments were concluding, ZeniMax reportedly doubled the full damages sought in the trial from $2 billion to $4 billion. This total would have covered $2 billion in compensation and $2 billion in punitive damages. Although the presentations of ZeniMax video game properties with the Rift device was allegedly a breach of contract, Engadget reported that Oculus brought in a forensics expert to show that the source code of those games couldn’t be found in the Rift’s source code.