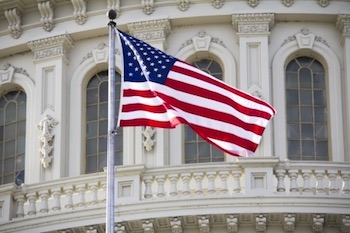 Now that the new year and a new Congress and Presidential Administration are beginning, it is time for policymakers to once again focus on our economy. One matter that needs attention is the Supreme Court’s decision in Alice Corp. v. CLS Bank International.[1] Alice has created uncertainty in the patent/software world unlike any other decision in recent memory. Former Under Secretary of Commerce and Director of the U.S. Patent and Trademark Office David Kappos has described the impact of Alice as “out of control”.[2]

Alice confirmed a recent and very problematic version of the judicially-created test for determining subject matter eligible for patenting. The patent statute has always required that an invention must be of one of four forms to be eligible for patenting: a process, machine, manufacture, or composition of matter[3]. Long ago, the Supreme Court without statutory authority, decided that certain types of inventions, notwithstanding the fact that they fell into these statutory categories, were not eligible for patenting: laws of nature, natural phenomena, and abstract ideas.  In Alice, the Supreme Court confirmed its own recently created additional eligibility requirements, consisting of two steps: 1) whether an invention is directed to one of the aforementioned Court-created exceptions to subject matter eligible for patenting, and if so, 2) whether the invention includes additional elements amounting to “significantly more” than the relevant exception. With respect to computer related inventions, including inventions implemented in software, the relevant exception is whether the invention is directed to an “abstract idea”.

Abstract idea. Two simple words that are anything but simple. The meaning of abstract idea has eluded the patent community. The Supreme Court has expressly declined to define an abstract idea.[4] Having put forward the notion that an “abstract idea” is an exception to patent eligibility, the Court did not define what an abstract idea is. The failure of subordinate courts, the U.S. Patent & Trademark Office (USPTO) and the innovation community to answer this question for the Court is proof positive it cannot be done. More important, if an abstract idea has not been defined, how can the Supreme Court expect anyone to determine whether additional elements amount to significantly more than an abstract idea? Significantly more than what? Significantly more than something that has not been defined? There is simply no true way to know. A test based upon an undefined standard (abstract idea) and an additional step that depends upon the precise reach of that undefined standard (substantially more) is a meaningless test. The lack of clarity has led many to argue that the test for patent eligible subject matter has reverted to Justice Stewart’s famed “I know it when I see it”[5]. But in fact it is worse than that. Some standards may be properly left to a judge’s discretion and life experience, but no one has any basis for evaluating whether an invention is directed to an abstract idea and nothing significantly more.

The impact of Alice has been just what one would expect. The decisions of the USPTO examining corps, USPTO Patent Trial & Appeal Board, and lower courts have been wildly inconsistent. Far too many worthy inventions are being lost. Perhaps worse, the predictability innovators and investors in research and development require to effectively navigate the patent system has been eliminated. Change is sorely needed and overdue.

The Supreme Court has thus far declined review of additional cases that might improve clarity, even when presented with meritorious patents that have been invalidated as a result of the current unworkable test. The Court may have an extremely narrow view of what should be patentable, despite the lack of any such guidance in the patent statute. The Court may also be reluctant to overrule itself if it cannot sufficiently define an abstract idea. To accept a case so soon after Alice is to admit this failure and the intractable problem associated with the Court’s judicially created exception. The Court has crafted an unworkable test and simply left it to others to somehow lend meaning to it. As new inventions come along, the USPTO and lower courts can only guess at how the Supreme Court would treat them. Although individual outcomes are sometimes helpful, overall the cases do not provide any clarity going forward. We already know that when the courts are left to consider one invention at a time, they will not arrive at a workable test. At best, the lower courts can only accomplish piecemeal change at a glacial pace, and given the significant impact the current state is having on the patent system and ultimately the U.S. economy, we can wait no longer.

That brings us to the lawmakers. Legislation can bring about the needed change, and Congress is the appropriate change agent. Eligibility is about the scope of what can be patented. It is not a matter for the courts to decide in the guise of a minor adjustment to an explicit statutory provision. Defining the metes and bounds of the patent system is fundamental to our country’s innovation policies, and major changes created by the Alice decision are the province of Congress to make – or correct – by hearing from stakeholders and weighing the effect on our economy. Because the exceptions to patent eligible subject matter confirmed by Alice are judicially created – they appear nowhere in laws enacted by Congress – and because Congress has never expressed support for the exceptions, Congress should legislate them out of existence.

The Intellectual Property Owners Association (IPO) recently adopted a resolution proposing that the law be amended in a technology neutral way to eliminate judicial exceptions to patent eligible subject matter but for that which exists in nature independently of and prior to any human activity, or which exists solely in the human mind. The amendment would restore consistency and predictability while reducing the risk of foreclosing patent protection for breakthrough innovation. I urge Congress to consider IPO’s resolution.[6]

Innovation has been the strength of the U.S. economy since the days of our founding fathers. In recent years the software industry has been among our most innovative and pervasive. Software has evolved dramatically over the past few decades. Software is not just a product in itself, but as the entrepreneur Marc Andreessen observed, “software is eating the world.”[7] It is incorporated into practically every device sold (computers, smartphones, automobiles, appliances, etc), and those products without incorporated software are often developed and manufactured using tools that depend on software (e.g. 3D printing). The U.S. leads the software industry, but reductions in U.S. innovation prompted by uncertain patent eligibility criteria threaten our leadership.

Patents promote innovation[8]. The Alice decision and its progeny are reducing innovation. There is no reason to believe significant improvement will come soon from the courts. Legislation is needed so that America continues to be the worldwide innovation leader.

[2] See Susan Decker, When a Tech Patent is Neither, BloombergBusinessWeek, August 17, 2016, http://www.bloomberg.com/news/articles/2016-08-17/why-hundreds-of-software-patents-are-being-thrown-out

[6] The author serves on the board of directors of IPO.

[8] Per Article 1, Section 8, Clause 8 of the U.S. Constitution: “The Congress shall have power….to promote the progress of science and useful arts by securing for limited times to authors and inventors the exclusive right to their respective writings and discoveries…”