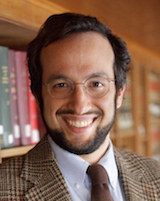 Today’s environment demands an agile approach, one that involves substantial up-front planning, followed by continuously learning from both the client and the marketplace, using a strategy that involves constructing a defensive and offensive patent portfolio from a collection of laser-focused patents, rather than a single overarching patent intended to cover the invention in one fell swoop… More concretely, the strategy that we typically follow nearly always avoids the need to appeal, and therefore avoids the pitfalls of the PTAB, as follows. The foundation is to write a solid and comprehensive patent specification, one that is intended to cover the invention both broadly and deeply, in an effort to enable as many embodiments as possible for as long into the future as possible, encompassing both the client’s and competitors’ technologies. The first patent application that we file, however, typically has relatively narrow claims for a variety of strategic reasons…

A Post-Alice Playbook: Practical Strategies for Responding to Alice-Based Rejections

Although the Supreme Court in Alice declined to provide an express definition of “abstract idea,” the opinion is packed with evidence that the Court intended for the term “abstract idea” to apply not to any “abstract idea” in the colloquial sense, but only more specifically to abstract ideas that are fundamental practices long prevalent in their fields… [A]lthough the Court did not provide a definition of “abstract idea,” its reasoning implies that it intended to limit the concept of “abstract ideas” to those concepts which are fundamental and long prevalent, possibly to concepts which have been well-known and extensively used for hundreds of years. An even more narrow, but very reasonable, interpretation of Alice, given the opinion’s strong emphasis on the risk hedging claims in Bilski, the “intermediated settlement” concept allegedly embodied in the claims at issue in Alice, and the repeated references to “economic practices,” “finance class,” “commerce,” and “the modern economy,” is that the Court intended for “abstract ideas” to be limited primarily or entirely to financial methods.

Software Patents are Only as Dead as Schrödinger’s Cat

The environment for patent applicants and examiners that has resulted from such inconsistent treatment of Alice by the USPTO is one in which neither examiners nor applicants have clear guidance about how the USPTO is interpreting and intends to apply the Alice decision. This makes it difficult for examiners to know whether and how to issue Alice-based rejections, and for applicants to know how to respond to such rejections. In this environment, software patents are not dead; instead, they are, like Schrödinger’s cat, in an indeterminate state, simultaneously dead and alive until examined by an observer. In this case, the uncertainty over the impact of Alice on patent prosecution will only be dispelled when the USPTO analyzes the Alice opinion thoroughly and announces the Office’s interpretation of that opinion with a clear and unified voice. At that point, inventors, business owners, patent prosecutors, and patent examiners will be able to return to playing their respective roles within a rational patent system in which all parties involved seek to promote innovation according to fair, clear, and consistently-applied rules.

Why Bilski Re-Affirms the Patent-Eligibility of Software

Even a very conservative reading of the opinions indicates that the Justices intended to leave the status of software as patent-eligible subject matter unchanged, and for further refinements to be worked out by the lower courts and USPTO. A more liberal reading indicates an intent to enable the scope of patent-eligible subject matter to expand in light of technological developments. In either case, the decision in Bilski fails to provide patent examiners and defendants in patent cases with any substantial new ammunition for rendering software patent claims unpatentable or invalid for lack of patentable subject matter, and weakens the ammunition previously in their arsenals. Therefore, despite any ambiguities which may exist in the language of the decision, the practical effect of Bilski will almost certainly be to bolster the patent-eligibility of software both in patent prosecution and in litigation in the U.S.

Why Wishes Should Be Patentable

Critics of software patents often argue that software should not be patentable because software is too “abstract” to be patented. The patent system was created to protect nuts-and-bolts machines like the steam engine and the cotton gin, not “intangible” creations like software, so the argument goes. In this article I will argue that not only should software be patentable, but…