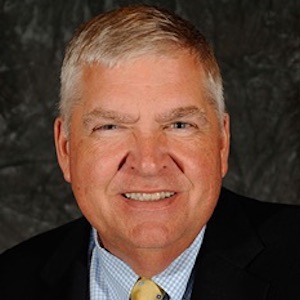 Phil Johnson is an IP-thought leader, advocate, and an inaugural class of the IPWatchdog Masters™ Hall of Fame, and a member of Intellectual Asset Management IP Hall of Fame. Johnson now serves as an independent expert in a variety of IP matters, including as a testimonial expert in IP-related bench and jury trials, and in U.S. and international arbitrations. He also currently serves Chair of the leadership committee of the Coalition for 21st Century Patent Reform, which is a diverse coalition of U.S. manufacturers who invent, license, develop and/or market innovative patent-protected products.

Phil has frequently testified before both the House and Senate Judiciary Committees about patent law reform and, more recently, patent eligibility criteria.

A Look Back at the Legislative Origin of IPRs

Those now familiar with IPR proceedings will already have recognized how little resemblance current IPR proceedings have to what most supporters of the AIA envisioned upon its passage. In current practice, the role of the Director as an independent IPR gatekeeper never materialized because the USPTO’s implementing rules bypass the Director altogether, assigning the institution function to the PTAB, which in turn routinely assigns both the institution and final decisions to the same three judge panel. As a result, most of the safeguards against patent owner harassment were lost…. By failing to adopt the implementing rules needed to carry out the intent of the AIA, and by adopting other rules and procedures that are plainly skewed towards petitioners, the PTAB has intentionally tilted its IPR proceedings against patent owners. While this has been good for the PTAB, which has quadrupled in size, it was neither Congress’s intent nor that of most of AIA’s supporters to create an unfair IPR patent “killing field.”

The America Invents Act on Its Fifth Anniversary: A Promise Thus Far Only Partially Fulfilled

Unfortunately, Mr. President, after five years I cannot report back that the AIA has yet ”improve[d] patent quality and help[ed] give entrepreneurs the protection and the confidence they need to attract investment, to grow their businesses, and to hire more workers.” The current implementation of PTO post issuance proceedings is undermining confidence in our patent system, chilling innovation at its roots, and, in eyes of some, giving the AIA a bad name.

Past Events with Philip S. Johnson