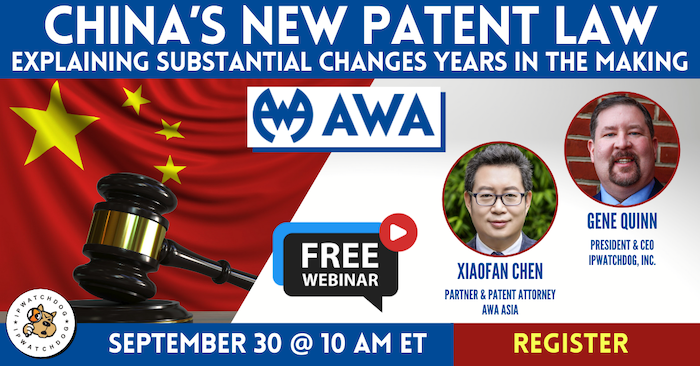 Insufficient patent protection and enforcement in China has been a long-standing frustration not just for international but also domestic rights holders. After several rounds of revisions and years in the making – the revised PRC Patent Law entered into force on June 1, 2021.

There are also many highlights that will be particularly important for foreign companies doing business in China or interested in the Chinese market like patent term extensions, employee service inventions, provisions against bad faith, and abuse of patent rights.

Please join Gene Quinn, President & CEO of IPWatchdog, Inc., and twice named one of the 50 most influential people in the world of Intellectual Property, on Thursday, September 30, 2021, at 10 AM ET, for this webinar about China’s new Patent Law – the first major update to the law since 2008. Joining Gene will be Xiaofan Chen, Partner and Patent Attorney at AWA Asia.

This webinar is sponsored by: 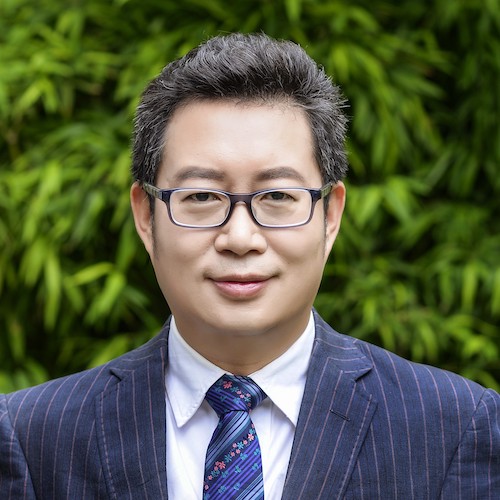 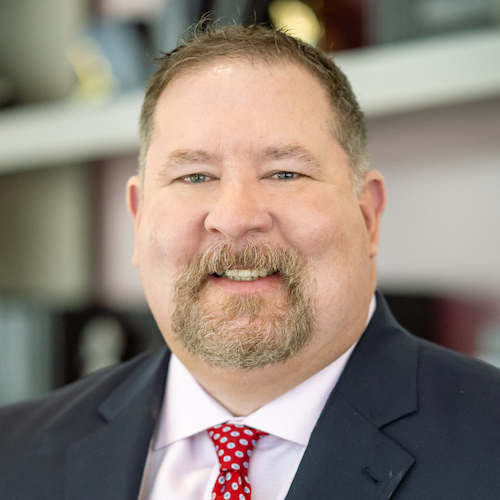