Worldwide Litigation of SEPs: Piecemeal Remedies for SEP Infringement Across the World

“The idea of one jurisdiction setting a global FRAND rate, people might think that it’s more efficient than filing suits in many countries, but the problem is, what if tomorrow the decision is being made by an Indian court that has a very different economic view on patents?” – Steven Geiszler, Huawei 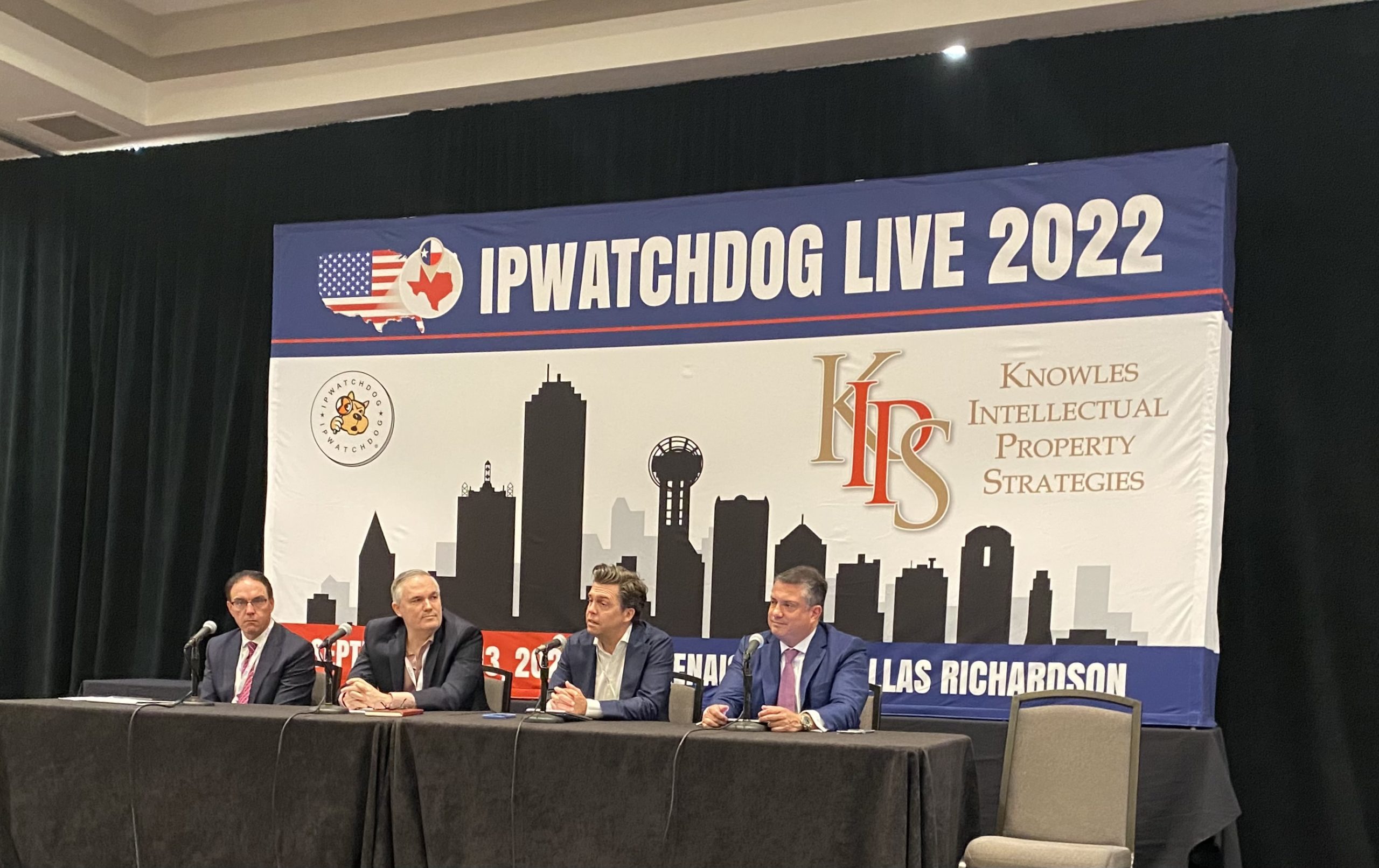 Technological standards promulgated by standards-setting organizations (SSOs) have greatly advanced the state of consumer technologies in areas like wireless communications. However, when dealing with infringing standards implementers, the remedies that one system of national courts provides can vary widely from another system. Navigating this complex system of global litigation and competing remedies against infringers was the subject of “Worldwide Litigation of SEPs: What the FRAND is Going On?,” a panel taking place on the third and final day of IPWatchdog LIVE 2022.

Was the Response to the 2019 SEP Policy Statement Much Ado About Nothing?

Jamie McDole, Shareholder at Winstead and moderator of this morning’s panel, began the panel by laying out the fluctuating policy of the U.S. government on the issue of standard-essential patents (SEPs). McDole noted that the environment for SEP assertion in the United States was made even more precarious post-eBay by the Obama Administration’s 2013 policy statement on SEPs, which indicated that injunctive relief was disfavored in the SEP context. Panelist Steven Geiszler, U.S. Chief IP Counsel for Huawei, expressed his confusion at much of the response to the Trump Administration’s decision in 2019 to revise this policy statement, which Geiszler characterized as “mass hysteria”:

“So many companies on the implementer side thought that this change would be the end of the world, but my question is: where is the plague of injunctions on electronic devices in the U.S.?… I think the sideshow about these statements has been entertaining, but it’s just a policy statement. Ask Article III judges who preside over SEP cases how much they’re swayed by a policy statement, I think you’ll get a very colorful answer depending on the judge.”

Providing some of the perspective of SEP litigation in Germany was Thomas Gniadek, Partner at Simmons & Simmons. While the prospect of large damages awards is a factor driving a major amount of SEP litigation into U.S. courts, Gniadek argued that Germany is by far the most plaintiff-friendly jurisdiction worldwide in terms of obtaining injunctions for SEP infringement. “Who would have thought that in Germany you could win an injunction against Daimler?,” Gniadek opined, citing to injunctions entered by German regional courts in SEP infringement cases filed by Finnish telecommunications firm Nokia. He noted that, in Germany, injunctions are provided as a statutory remedy for infringement, preventing judges from exercising their discretion against awarding the injunction as long as certain requirements are met.

A Higher Evidentiary Burden to Win Injunctions in Brazil, Colombia

Panelist Carlos Aboim, Founding Partner at Licks Attorneys, noted that in both his home country of Brazil and the neighboring country of Colombia, where Swedish telecom firm Ericsson recently won a preliminary injunction against U.S. consumer electronics giant Apple, statutory provisions on injunctions are also written into the nations’ legal codes. However, Aboim acknowledged that plaintiffs in those countries must meet a much higher evidentiary burden in order to win on a motion for preliminary injunction in an SEP case. Much like in Germany, Aboim said that SEP cases filed in these South American countries aren’t seeking a determination of fair, reasonable and non-discriminatory (FRAND) licensing rates, but rather attempt to obtain injunctions in order to force licensing negotiations. “When you have grown-ups faced with an injunction, they typically can sit down and agree on FRAND royalties,” Aboim said. He added that preliminary injunctions can typically be achieved within two weeks at the trial court level in Brazil, though it could take six months of appellate procedure before the injunction is maintained if appealed by the defendant.

While China has traditionally been seen as a foreign jurisdiction that is suspicious of property rights, Geiszler told the session’s audience that China has a much more robust system for patents than most might realize. “It’s a longer process and frankly a less transparent process than in Germany, but there’s so much manufacturing in China that SEP cases are increasingly being filed in the country,” he said. While anti-suit injunctions being issued by Chinese courts had been eliciting bad press from some corners of the IP world, Geiszler contended that such injunctions attempting to prevent the filing of SEP infringement litigation in other countries was a logical response to other jurisdictions attempting to set global FRAND licensing rates, such as UK courts did in the Unwired Planet and Conversant Wireless cases.

“The idea of one jurisdiction setting a global FRAND rate, people might think that it’s more efficient than filing suits in many countries, but the problem is, what if tomorrow the decision is being made by an Indian court that has a very different economic view on patents? There are 1.4 billion people living in that country, many of whom live in poverty. A court setting FRAND rates might think that if it sets rates too high, it’s essentially a tax on their own population.”

One of the issues with the recent rise of anti-suit injunctions in China is the tendency for geopolitical tensions to bleed over into legal decisions, according to Geiszler. Much of these tensions have involved the Wuhan Court in China, which issued an anti-suit injunction against Ericsson pursuing a patent infringement suit against Samsung in the Eastern District of Texas. U.S. District Judge Rodney Gilstrap dispatched of that anti-suit injunction in a ruling affirming Ericsson’s SEP  rights under U.S. law and other national court systems have followed suit in resisting such injunctions. Karmanya Singh Sareen, Partner at Kommit Techno-Legal and an attendee at the panel session, brought up a May 2021 decision by the Delhi High Court that not only affirmed an injunction against patent infringement previously entered in India, but also required the defendant, who had obtained an anti-suit injunction by the Wuhan Court, to deposit with the Delhi High Court’s Registrar General an amount of money equivalent to the daily fine of 1 million renminbi (RMB) that the Wuhan Court entered against the plaintiff if it continued to pursue its infringement proceedings in India.

One trend in SEP enforcement that the session’s panelists felt would be interesting to follow in the years to come was the increasingly complexity of the supply chain as technological standards become more important to a wider array of industries. Geiszler posed the hypothetical example of a lightbulb manufacturer who may have made traditional lightbulbs for more than 100 years but is now incorporating Bluetooth communications chips into their products.

“That company might tell the SEP owner, ‘Look, we’re only a lightbulb company, we only insert Bluetooth chips, you’ll have to go talk to our supplier. Some patent owners might be sympathetic to the idea of talking to a supplier but then there can be gamesmanship that can be used for delay. We’ll see this play out as more industries are invited to the big tent party on SEP licensing.”