mRNA IP and Competitive Landscape: 2021 in Review – Part I, Update on Moderna, BioNTech, and CureVac

“While Pfizer has stated that it doesn’t “need to work with BioNTech” on mRNA-based therapies, it is unclear how it plans to do so independently from BioNTech or any other company without engaging in any merger and acquisition (M&A) activity.” 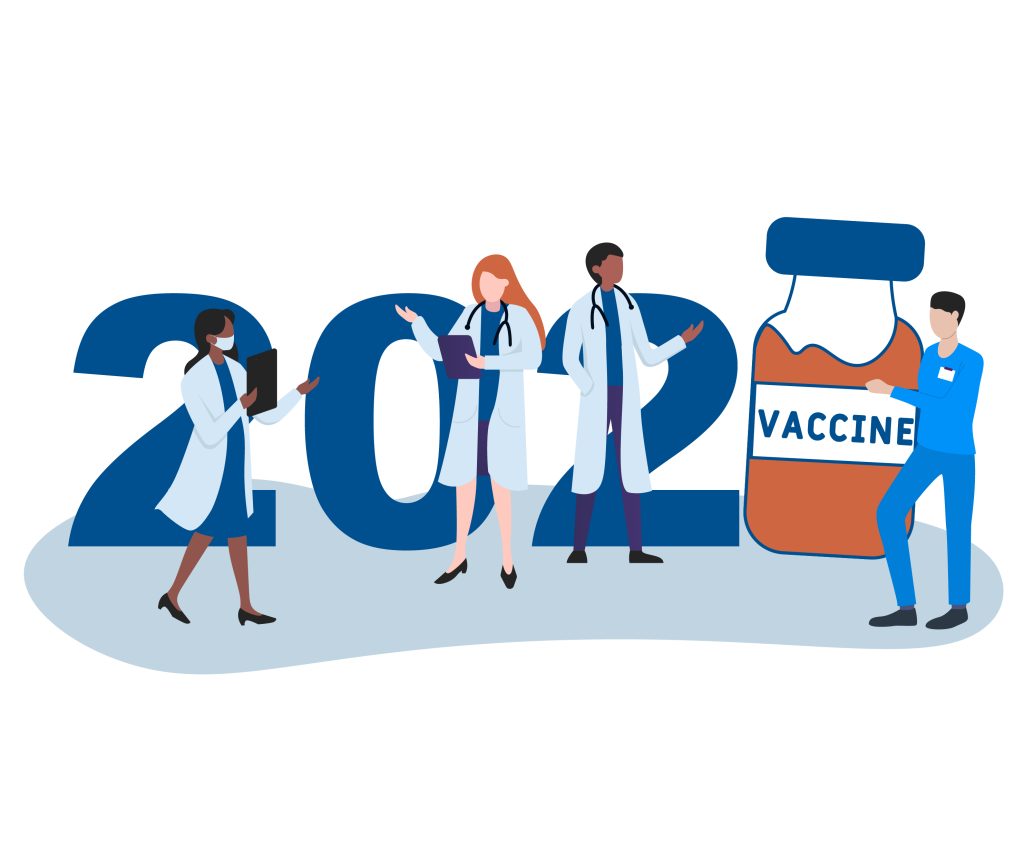 In April of this year, we provided a three-part series relating to the IP and Competitive Landscape for the mRNA market. In this post (Part I), we provide a 2021 year in review update on mRNA pioneers Moderna, BioNTech and CureVac, and in Part II, we profile Sanofi and other companies in the mRNA space and offer additional conclusions and outlook for 2022 and beyond. 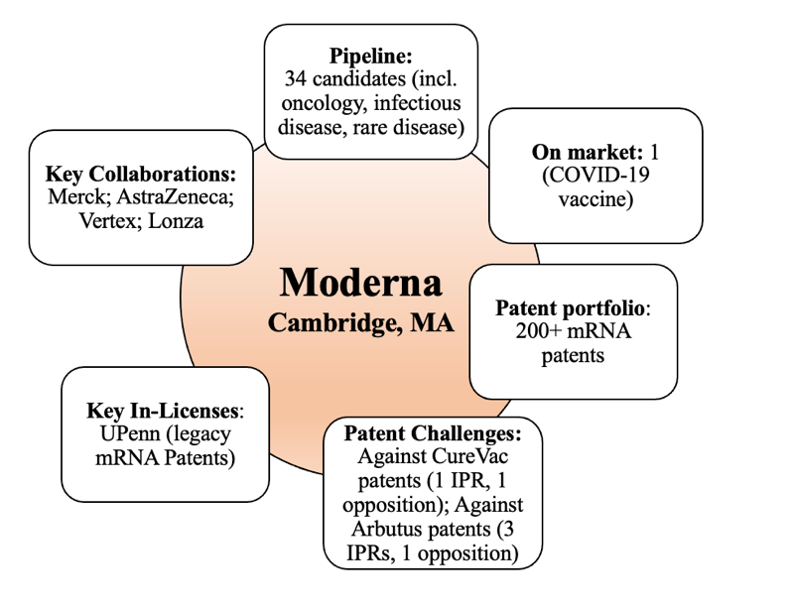 Figure 1: Overview of certain attributes of Moderna as of December 13, 2021.

Since April, Moderna’s pipeline has increased from 26 total mRNA-based drug candidates to 34, 19 of which are in clinical trials (up from 12). The company’s COVID-19 vaccine (now marketed as Spikevax) remains its only commercial product, the sales of which are expected to reach $20 billion this year. That success and Moderna’s overall market and tech position drove its growth as indicated by its market cap, which has soared from about $53 billion since our first post in April 2021 to about $181 billion in September 2021, and as of the date of this writing was approximately $110 billion on December 13, 2021. There has been no change in the number of mRNA-based IPRs and oppositions that Moderna has filed (remaining at four total U.S. inter partes review proceedings (IPRs), two total European oppositions, as we previously discussed) or major changes to its already sizable patent portfolio.

As we’ve discussed, in a Q2 call in August, Moderna stated that it plans to “expand [its] horizons” into gene editing and gene therapy through internal development, licensing, or “if it makes sense, M&A.”  Moderna also indicated that it was seeking to develop new capabilities in the area of lipid nanoparticle (LNP) delivery technology for its current platform and in the gene editing space, while it is not interested in developing small or large molecule therapies because they “love information molecules too much.” In November, it was reported that Moderna entered into a collaboration with AI-driven CRISPR gene editing company Metagenomi (Emeryville, CA) to include new gene editing systems for in vivo human therapies.

As reported in November, Moderna indicated in a job posting that it plans to build an independent research and business unit for genomic medicines called Moderna Genomics (mGx) in Technology Square, Cambridge, which will be “an innovation engine for the company focused on discovering and delivering the next generation of in vivo gene editing and nonviral gene therapies. Moderna Genomics strives to be an industry leader in genomic medicines.”

Moderna is facing a number of potentially significant legal hurdles surrounding its COVID-19 vaccine and possibly future products. For example, as we’ve posted, Moderna sought to invalidate three Arbutus-owned U.S. patents directed toward lipid nanoparticle delivery technology through inter partes review (IPR) proceedings before the USPTO. Moderna was successful in invalidating U.S. Patent No. 9,404,127, but was unsuccessful in invalidating all claims of U.S. Patent No. 9,364,435 and any claims of U.S. Patent No. 8,058,069. Moderna appealed the latter two rulings to the Federal Circuit. On December 1, the Federal Circuit dismissed Moderna’s appeal on the ‘435 patent for lack of standing at the time the appeal was initially filed, and while finding that Moderna had standing to appeal the ‘069 patent, it upheld the PTAB’s decision that the claims of the ‘069 patent were not invalid. Moderna has subsequently commented that, while it disagrees that the upheld claims of the ‘069 patent are not invalid, it is “confident that [its] COVID-19 vaccine is not covered by those claims.”  The possibility of a patent infringement lawsuit (or settlement) between Moderna and Arbutus remains open.

Moderna is also currently in a dispute with the National Institutes of Health (NIH) relating to ownership of the patent application directed to its COVID-19 vaccine’s core sequence (mRNA-1273). The parties collaborated on its development but, in a filing with the USPTO, Moderna claims it “reached a good-faith determination” that none of the individuals from NIH involved in the collaboration are inventors. This is significant, because if any NIH personnel were inventors, NIH may co-own patents issuing from or related to the pending application and be allowed to utilize the claimed inventions as it sees fit without accounting to Moderna. NIH has indicated its willingness to engage in a lawsuit to resolve the matter, and recent reports show that the parties are currently in “good faith discussions” surrounding the issue. Most recently, Moderna has reportedly decided not to pay the issue fee for the allowed claims of the subject patent to facilitate “an amicable resolution” with NIH, although Moderna could seek the same or similar patent claims at a later time.

Other notable developments include the collaboration between Moderna and AstraZeneca on a series of mRNA-based projects ranging from oncology to cardiometabolic diseases. Recently, the parties announced that a therapy where “naked” mRNA is injected directly into the heart of patients undergoing elective coronary artery bypass surgery met its phase II.a primary endpoint test of hitting safety and tolerability in patients with heart failure, allowing the candidate AZD8601 to move on with further trials. Moderna also recently reported initial clinical trial data indicating its mRNA-based seasonal flu vaccine candidate had efficacy on par with traditional seasonal flu vaccines (40 to 60% efficacy) but not as effective as its COVID-19 vaccine (95% efficacy). Also, it was recently reported that preclinical data relating to its mRNA HIV vaccine, developed along with the National Institute of Allergy and Infectious Diseases (NIAID), indicated that the vaccine is “safe and promoted desired antibody and cellular immune responses against an HIV-like virus” in mice and non-human primates. 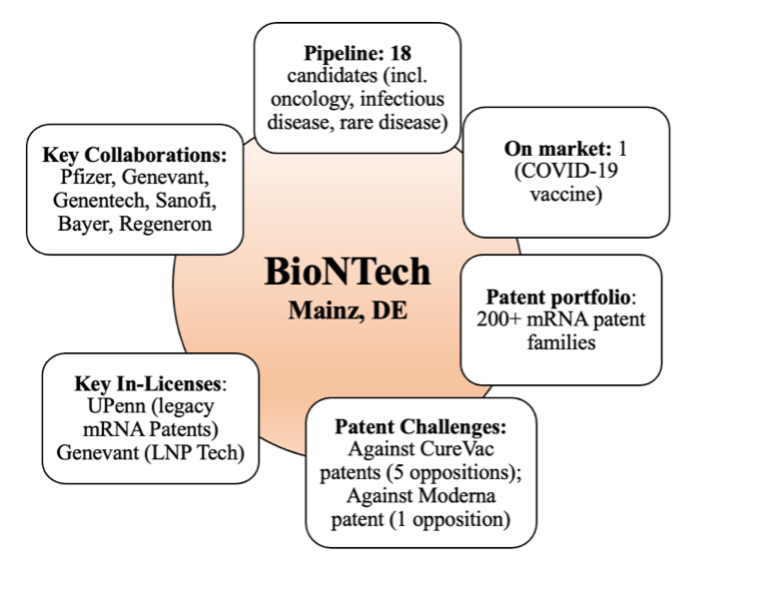 Figure 2: Overview of certain attributes of BioNTech as of December 13, 2021.

BioNTech currently has a total of 18 mRNA-based candidates in its pipeline, up from 15 since April 2021. Of those candidates, 11 are in the clinic (up from 8). Sales of BioNTech’s COVID-19 vaccine, being sold in collaboration with Pfizer, is expected to reach $36 billion in 2021 and another $29 billion in 2022. Like Moderna, these sales numbers and the prospect of future therapies have driven BioNTech’s growth in 2021. When we first profiled the company in April 2021, BioNTech had a $27 billion market cap, which skyrocketed to nearly $94 billion in August 2021, and was approximately $67 billion on December 13, 2021. There has been no change in the number of mRNA-based IPRs and oppositions that BioNTech has filed (still at 6 total oppositions as we previously discussed), nor have there been any major changes to its large patent portfolio.

BioNTech has stated that it plans to focus its efforts on infectious disease and immuno-oncology and, unlike Moderna, to look at modalities independent of mRNA to achieve its objectives, whether through small molecule immunomodulators, TCR cell therapies, antibodies, or biologics. BioNTech has pushed forward with phase II clinical trials for candidates based on 2 of its platforms: its homegrown FixVac platform (cancer immunotherapies targeting shared antigens frequently expressed across patients in certain cancers) and its Individualized Neoantigen Specific Immunotherapy (iNeST) platform (individualized cancer immunotherapy targeting individual patient’s cancer mutation) co-developed with Roche’s Genentech. BioNTech founders Ugur Sahin and Ozlem Tureci recently stated in the Economist that: “We believe that in 15 years, one-third of all newly approved drugs will be based on mRNA.”

In August 2021, BioNTech purchased a cell therapy R&D platform and clinical manufacturing plant in Gaithersburg, MD from Kite (a Gilead company). The purchase apparently supports BioNTech’s pipeline of cell therapies, including its CAR-T therapies, and compliments its T-cell and neoantigen TCP therapies that were enhanced by its acquisition of Neon Therapeutics in 2020. More interesting details of BioNTech’s recent development and commercialization efforts can be found in their Q3 2021 update.

While Pfizer has stated that it doesn’t “need to work with BioNTech” on mRNA-based therapies, it is unclear how it plans to do so independently from BioNTech or any other company without engaging in any merger and acquisition (M&A) activity. In any case, the relationship between the companies appears to remain strong, with Pfizer CEO Albert Bourla recently stating that deciding to pursue an mRNA-based vaccine with BioNTech was “love at first sight and it was the beginning of a tremendous relationship, collaboration, between the two companies ….” 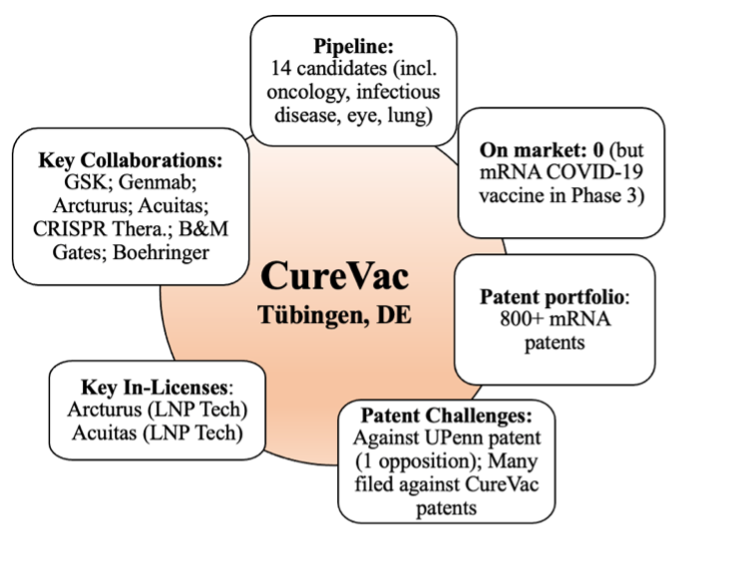 Figure 3: Overview of certain attributes of CureVac as of December 13, 2021.

Since April, CureVac’s pipeline has increased from 13 total mRNA-based candidates to 14, 3 of which are in the clinic (down from 4). CureVac’s flagship COVID-19 vaccine (CVnCoV), which entered phase III clinical trials earlier this year, turned out disappointing results in June, yielding a mere 48% efficacy against the virus, compared to a 95% efficacy for the Moderna and BioNTech mRNA vaccines. In contrast with those companies, CureVac’s market cap, which was $17 billion when we first profiled the company in April 2021, and which at one point this year reached $22 billion, was approximately $7.2 billion on December 13, 2021, an approximately three-fold reduction from its high point. There has been no change in the number of mRNA-based IPRs and oppositions that CureVac has filed (still at one opposition as we previously discussed), nor have there been any significant changes to its patent portfolio.

The downturn in CureVac’s stock value was doubtless driven by the failure of CVnCoV, and perhaps also the termination of its lung cancer program with Boehringer Ingelheim for reasons unstated. It is interesting to note that CureVac utilizes a native form of mRNA, whereas Moderna and BioNTech utilize a modified form based on the innovations of Drs. Kariko and Weissman (innovations addressing adverse immune responses to injected synthetic mRNA by replacing the nucleosides uridine and cytidine in the mRNA with pseudouridine and 5-methylcytidineone) as we previously discussed. We will deliberately avoid speculating about whether the difference in mRNA “backbone” relates to efficacy on our part, but several respected publications, such as Nature, have opined on this matter, which should be of great interest to the mRNA ecosystem.

Despite the poor initial results of their flagship vaccine, CureVac still initially attempted to venture forward, relying on slightly better results in people 18 to 60 years old, yielding 53 % efficacy, with stronger protection against moderate to severe cases (77%) and complete protection against hospitalization and death. However, the company ultimately scrapped the program, and is instead focusing on a second-generation candidate it is developing with GlaxoSmithKline, which is slated to begin clinical trials in the coming months. The decision to abandon the first-generation product project may have negatively affected Swiss pharma titan Novartis, which had planned to manufacture the mRNA and bulk drug product for CureVac’s CVnCoV vaccine on its site in Austria.

In Part II, we will profile Sanofi and other companies operating in the mRNA space and offer some conclusions and comments relating to the mRNA IP and competitive landscape in 2022.

Vivian Y. Tian With a degree in chemical engineering and intern experience at one of the world’s largest pharmaceutical companies, Vivian Tian, an Associate at Rothwell Figg, assists companies in the biologic, chemical, [...see more]

Sheena X. Wang Sheena X. Wang is an Associate at Rothwell, Figg, Ernst and Manbeck, P.C. She focuses her practice on assisting companies in the pharmaceutical and biotech fields with patent prosecution, post-grant [...see more]