In Part I of this three-part series, we focused on three mRNA technology market players: BioNTech, Moderna and CureVac. In this second post, we will focus on Translate BIO, Arcturus Therapeutics, and eTheRNA and discuss certain issues relating to lipid nanoparticle (LNP) delivery technology.

Translate Bio, Inc. (NASDAQ: TBIO) is headquartered in Lexington, MA, and as of April 2021, has a market capitalization of over $1.3 billion. 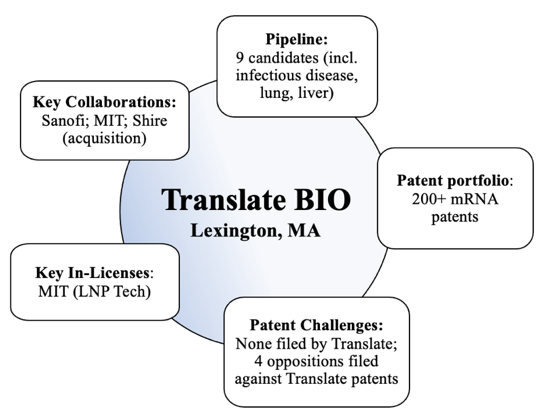 Figure 4: Overview of certain attributes of Translate BIO as of April 2021

The company has stated that it leverages its “proprietary MRT platform” “to treat specific genetic diseases” including pulmonary disease where the production of proteins can modify disease (such as its cystic fibrosis mRNA candidate which is the first such candidate to ever be in the clinic), and other diseases including liver diseases and infectious diseases (its COVID-19 vaccine candidate (with Sanofi) is in the clinic also).

Translate BIO has indicated that it packages its mRNA sequences into specialized delivery vehicles, such as LNP delivery vehicles, that are designed to have optimal size, surface charge, and lipid composition for each indication, as well as low immunogenicity. The company reportedly has a license from MIT to include patent rights with “claims that cover certain of our customized LNPs used for delivery of coding RNA components in our MRT platform, including products that may be developed under our collaboration with Sanofi.”

There is no record of Translate BIO filing an IPR before the USPTO or an opposition before the EPO. On the defensive side, the company has reported that four of its patents issued in Europe “are under opposition, including one with claims of similar scope as U.S. Patent 10,143,758.” There is no indication of the real party in interest behind these oppositions, as sometimes companies use “straw men” to file on their behalf since Europe does not require the actual opponent party in interest to be disclosed. See, e.g., the record for Translate BIO’s EP2506857 which is under opposition filed by the law firm “Withers & Rogers LLP.”

Translate BIO has closed key deals with third parties in connection with mRNA technology including Sanofi (2018 Collaboration and License Agreement to develop mRNA vaccines for up to five infectious disease pathogens); Shire (2016 Asset Purchase Agreement under which Shire assigned its rights to certain patents and other property and materials relating to Shire’s mRNA therapy platform); and MIT (Exclusive Patent License Agreement including worldwide patent rights to claims that cover certain of Translate Bio’s customized LNPs used for delivery of coding RNA components in its MRT platform).

According to its website, Arcturus Therapeutics Holdings, Inc. (“Arcturus”) (NASDAQ: ARCT) is headquartered in San Diego, CA, and as of April 2021, has a market capitalization of over $1 billion. 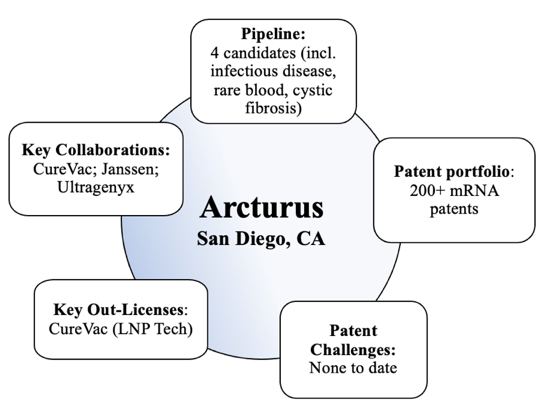 Figure 5: Overview of certain attributes of Arcturus as of April 2021

In addition to its mRNA platform, Arcturus has indicated that is has developed its own proprietary LNP delivery system called LUNAR. The company has stated that “LUNAR lipid-mediated delivery technology includes a diverse, growing library of over 200 proprietary lipids that we are rationally designing to be versatile, maximizing potential efficacy and improving tolerability of a diverse selection of nucleic acids, target cell types and routes of administration.”

Arcturus claims it is the sole owner of over 200 patents and pending applications in the U.S. and abroad, including patents and patent applications directed to its Lipid Particle Delivery System (LUNAR), UNA oligomer and LNA oligomer technologies utilized in certain RNA medicines. There is no record of Arcturus filing an IPR before the USPTO or an opposition before the EPO.

eTheRNA Immunotherapies is headquartered in Niel, Belgium and is an emerging startup company that as of the date of this post is not publicly traded. In June 2020, eTheRNA raised over €34 million in a Series B equity financing round.

According to its website, the company’s mRNA product pipeline includes 3 immunostimulation oncology treatments (preclinical), an unspecified number of treatments based on oncolytic mRNA, and an unspecific number of infectious disease treatments. 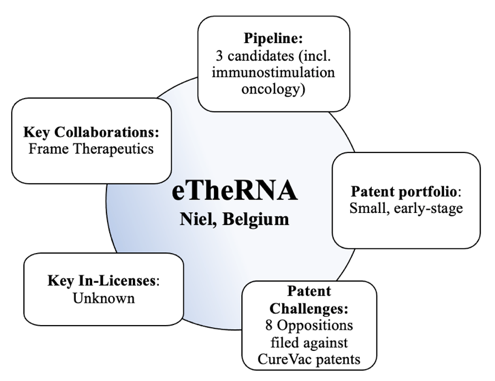 Figure 6: Overview of certain attributes of eTheRNA as of April 2021

eTheRNA appears to have a relatively small, early-stage, patent portfolio directed to LNP, mRNA, and other technologies.

The company has reportedly embarked on a collaboration with Frame Therapeutics, a Dutch pharmaceutical company, to develop therapeutic vaccines for the treatment of kidney cancer.

One of the more highly publicized battles over LNP delivery technology involves Moderna and Arbutus who is the original owner of several patents relating to certain LNP technology that Moderna had previous licenses to.

In 2013, Arbutus had licensed rights to its LNP technology to Vancouver-based Acuitas Therapeutics, Inc. (“Acuitas”), and Acuitas subsequently sublicensed those rights to Moderna. In 2016, Arbutus objected to Acuitas’ sublicensing activity and Arbutus and Acuitas litigated the matter before a Canadian court, which settled in 2018. According to Arbutus, the Acuitas settlement required that the “four non-exclusive viral vaccine sublicenses previously granted to Moderna are the only sublicenses to survive,” and “are each limited to a specific viral target” and “Moderna has no other rights to Arbutus’ broad suite of LNP intellectual property.”

Acuitas also apparently licensed certain of its LNP technology to CureVac through an April 2016 Development and Option Agreement that provides CureVac access to Acuitas’s LNP formulation technology that is used in combination with CureVac’s mRNA technology. Recent reports, including a July 2020 CureVac SEC Form F-1 Registration Statement, state that this agreement and relationship remains in place despite the 2018 settlement, indicating that Acuitas is licensing its own LNP technology to CureVac and not sublicensing Arbutus technology.

Following the 2018 settlement, Moderna began filing IPRs against the following Arbutus patents: U.S. Patent Nos. 9,404,127 (filed February 2018); 9,364,435 (filed March 2018); and 8,058,069 (filed January 2019). The Moderna IPRs have had mixed results. Moderna had one IPR win (the ‘127 patent) and one partial win (the ‘435 patent), both rulings on appeal. Moderna lost its IPR against the ‘069 patent directed to Arbutus’s LNP delivery technology. That ruling is currently on appeal before the Federal Circuit and Moderna has nonetheless indicated that it has developed its own LNP delivery technology and does not need Arbutus’s technology. 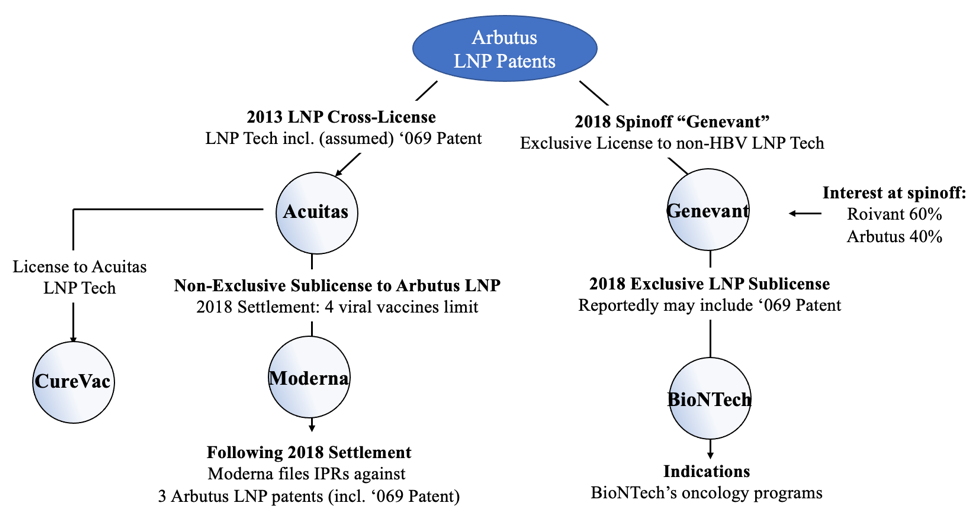 Figure 7: Overview of Arbutus LNP tech background as of April 2021

In April 2018, Arbutus and Roivant Sciences Ltd. (its largest shareholder) launched the spinoff Genevant Sciences Ltd. (“Genevant”). Under the terms of that deal, Arbutus licensed exclusive rights to its non-HBV LNP technology to Genevant (including the ‘069 patent) and took a minority 40% common equity share in Genevant, compared to Roivant’s 60% share.

Shortly after, in July 2018, Genevant and BioNTech (through a wholly-owned subsidiary) entered into a License and Co-Development Agreement under which Genevant reportedly may have licensed the ‘069 patent (then the subject of the Moderna IPR) to BioNTech. Under the agreement, Genevant appeared to have obtained exclusive rights to the licensed LNP technology including for several of its mRNA oncology programs, and Genevant and BioNTech share patent enforcement rights, with initial enforcement rights vesting in whose patent rights are infringed.

In Part III (our final post in this series), we will provide an overview of the IP and competitive landscape and offer overall conclusions.

Dylan Haversack Dylan Haversack, an associate at Rothwell Figg, is a registered patent agent, has an undergraduate degree in mechanical engineering and focuses his practice on the mechanical and electrical arts. Prior [...see more]

Andrew J. Storaska, Ph.D. Andrew J. Storaska, a Patent Agent and Scientific Advisor at Rothwell Figg, is experienced in a wide variety of patent law matters, including patent prosecution in the chemical, pharmaceutical, and [...see more]