“No one is ‘concerned’ about being preempted by ‘overly-broad’ language except those who infringe it. If claim language is truly ‘overly-broad,’ prior art invalidity under Sections 102 and 103 will invalidate.” 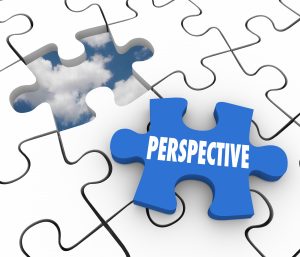 Senators Coons and Tillis and a group of Representatives recently proposed an admirable piece of legislation to amend the Patent Act to abrogate Supreme Court Section 101 cases on patent eligible subject matter. I like that they propose a fix to Section 101. So far, so good. Alice was an interpretation of Mayo, which was an interpretation of Flook, which was an interpretation of Benson, which was supposed to be an interpretation of what Congress meant by the short and crisp statement of Section 101 of the Patent Act. But just as a photocopy of a photocopy of a photocopy gets more distorted with each generation, so did Supreme Court rulings. The judicially-invented residue left behind not only errs by failing to capture the plain and unambiguous scope of Section 101 and patent-eligible subject matter, but also catastrophically undermines and invalidates important patents that, until then, protected breakthrough inventions. Congress is right to step in. Inventors of breakthroughs need protections to form companies and create new jobs. What the senators propose is not perfect, but at least as far as Section 101 is concerned, will restore fairness to many future outcomes.

But there’s an extra bit. To call it alarming would be an understatement. That extra bit would sharply and sweepingly limit the property rights of all technology patents. The proposal (as currently drafted) amends Section 112 to require any patent claim limitation that names any function “without the recital of a structure, material or act in support thereof” to be interpreted as limited to the structural embodiment in the patent specification that practices that function (plus equivalents). Goodbye peripheral claiming. Welcome back to the mid-19th Century. In other words, nearly every claim in every issued patent would become significantly narrowed in scope on the day of enactment to require (as a limitation) narrowing concepts named in the specification but deliberately omitted from the claim by the responsible claim drafter. If one thinks the “without the recital” language saves the day, think again. Creative lawyers always find ways to argue that the claim itself leaves out enough structure to support the function.

First off, that’s not Section 101. What is happening here? Aren’t we just trying to fix Supreme Court activism (and error) under Section 101? And second, “if it ain’t broke, why fix it?” There is nothing wrong with Section 112 as it presently stands.

In particular, the proposed Coons/Tillis language includes a gratuitous revision to Section 112(f). This provision recites what we sometimes call the “means-plus-function statute.” Congress originally passed Section 112(f) in 1952 (originally as 35 U.S.C. § 112 ¶ 6) to correct earlier Supreme Court over-invalidation of patents. In Supreme Court case law from the 1940s, some patents with “functional claiming” were held invalid under then-current notions of proper linkage between claims and disclosures. Congress stepped in in 1952 with the means-plus-function statute to abrogate this line of authority. The statute permitted patents that recited claim limitations in the form of a means (or step) for performing a particular function. Such claims would henceforth be limited to the structure (or act) in the specification that performed this function, and any equivalents thereof.

A History of Means-Plus-Function

Over nearly a century, the patent community came to embrace the means-plus-function statute, albeit with some discomfort. On the one hand, when it applied, it could severely narrow claim scope—an effect that might surprise less sophisticated patent owners. But on the other hand, the claim drafter had discretion and control to determine when it would apply. It was always possible to use claim language that created presumptions against means-plus-function treatment. Putting aside some edge cases where the Federal Circuit excuses from the statute some claims that use the word “means,” but applies the statute to some claims that do not, the fact remains that the claim drafter is nearly always in control of whether Section 112(f) triggers.

And good thing they are, too. When Section 112(f) applies in litigation, it bogs things down significantly. A common patent infringement fact pattern involves an accused infringer who takes the spirit of what the inventor put into the detailed description of the invention but changes one thing slightly. When they have to, parties litigate endlessly over whether the change was meaningful enough to make the resulting technology “nonequivalent.”

My own first Court of Appeals argument at the beginning of my career was just such a case. In IMS Technology v. Haas Automation, I argued for the patentee after the district court threw out my client’s infringement case on summary judgment because she could not believe that a disk drive holding Computer Numerical Control (CNC) machine tool programs was “equivalent” to a tape drive holding the same CNC machine tool programs. Her reasoning: a cat is not the same as a hippopotamus. I cannot make this up. I remember argument day at the Federal Circuit. At one point, Judge Plager asked me, “Counsel, what is our standard we apply for determining means-plus-function equivalency?” I responded, “I can’t answer that question Judge, because this Court has not yet clearly stated one,” whereupon the gallery (and the judges) erupted in laughter. I went on, of course, to apply the various competing legal standards to my fact pattern to show that my client should win under any of them (and it eventually did). But the fact remains, means-plus-function equivalency was a focal point of activity in that litigation. In that litigation alone, the question probably absorbed more than $1 million in attorney time.

Resolving One Problem, Creating Another

What would motivate the senators to fix one problem, only to introduce another into the Patent Act? Why would they either (1) make some patents impossible to enforce against a clever infringer, or (2) at the very least add a new and expensive battlefield of contention that does not presently exist? Only the senators can answer that question. However, their aids provided informative commentary on the language. The legislative aids justify the edit by stating that “most stakeholders” had “concerns about the preemptive effect of overly-broad software, computer, or internet-related claims.” Supposedly, the edit to Section 112(f) solves this “overly-broad” claim problem. Consider this quoted text carefully. No one is “concerned” about being preempted by “overly-broad” language except those who infringe it. We all should know that if claim language is truly “overly-broad,” prior art invalidity under Sections 102 and 103 will invalidate.

Robert P. Greenspoon is a founding member of Flachsbart & Greenspoon, LLC. He is a registered patent attorney who concentrates his practice in the trial and appeal of patent cases involving computer and [...see more]