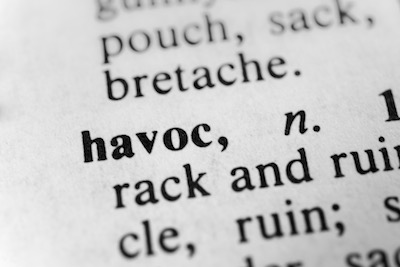 Recently, someone who took the patent bar review course I teach asked whether my views on the Supreme Court decision in Mayo v. Prometheus had changed, or moderated. Yes, my views on Mayo have changed, perhaps significantly in some ways, but they certainly have not moderated. As we approach the fifth anniversary of the Supreme Court’s decision this is what I know — Mayo v. Prometheus is a lawless decision by a Court that has become too powerful, and it continues to wreak havoc on the patent system and innovators. The net effect of the decision has resulted in patent protection being easier to obtain for cutting edge software, biotech, genetic and medical innovations in Europe, Canada, Australia and even China.

The statute the Supreme Court was interpreting in Mayo v. Prometheus is very simple, and is all of one sentence long. 35 U.S.C. 101 says you have a patent eligible invention if what is claimed is a machine, a method, an article of manufacture or a composition of matter. The claims at issue in Mayo clearly and unambiguously satisfy this very low threshold. The were still, nevertheless, declared patent ineligible under the statute, which is possible because of the judicially created exceptions to the statute the Supreme Court has made up over the years.

There is no support anywhere in the law for judicial exceptions to patent eligible subject matter. The Supreme Court created them out of whole cloth without any authority. They exist though, and we have to live with them since Congress has long since acquiesced to this unsupported power grab by the Supreme Court.

The real mischief of Mayo v. Prometheus is found in the fact that the Supreme Court intentionally choose not to apply 35 U.S.C. 102 (novelty), 35 U.S.C. 103 (obviousness) and 35 U.S.C. 112 (description) to evaluate the claims. The Solicitor General of the United States specifically argued that the Supreme Court should look to those other sections of the statute as the Court itself commanded be done in Diamond v. Diehr, for example.

Despite the fact that the Supreme Court refuses to recognize it, the decision in Mayo overruled Diehr. In Diehr then Justice Rehnquist wrote for the Court:

In determining the eligibility of respondents’ claimed process for patent protection under § 101, their claims must be considered as a whole. It is inappropriate to dissect the claims into old and new elements and then to ignore the presence of the old elements in the analysis. This is particularly true in a process claim, because a new combination of steps in a process may be patentable even though all the constituents of the combination were well known and in common use before the combination was made. The “novelty” of any element or steps in a process, or even of the process itself, is of no relevance in determining whether the subject matter of a claim falls within the § 101 categories of possibly patentable subject matter.

It has been urged that novelty is an appropriate consideration under § 101. Presumably, this argument results from the language in § 101 referring to any “new and useful” process, machine, etc. Section 101, however, is a general statement of the type of subject matter that is eligible for patent protection “subject to the conditions and requirements of this title.” Specific conditions for patentability follow, and § 102 covers in detail the conditions relating to novelty.

Therefore, one of the clear holdings coming from Diehr is that it is inappropriate to dissect claims into old and new elements. That, however, is exactly what Mayo v. Prometheus commands. Indeed, in Mayo v. Prometheus the Supreme Court found that the claims at issue were not directed to laws of nature because there were well-understood, routine, conventional activity added to the natural laws being claimed and, therefore, the claims were patent ineligible. In other words, the Supreme Court did in Mayo what their own precedent forbade, which was to dissect the claims into old and new elements when making a patent eligibility decision under 101.

That Mayo overruled previous Supreme Court decisions cannot be seriously debated; it did. Novelty and obviousness are considered under a 101 patent eligibility analysis as directed by Mayo, but oddly without the application of any prior art or the benefit of a claim interpretation. This means that thanks to Mayo, the Supreme Court ignored the statute and their precedent warning against turning patentability into a one-question inquiry. Unfortunately, for many inventions, indeed the most commercially valuable inventions in today’s economy, we now have a one-part test for patentability.

Today, thanks to Mayo, decision makers consider whether claims are new, nonobvious and even properly described all under a 101 patent eligibility analysis, which allows decisions to be made without information or thoughtful consideration. It allows claims to be deemed conventional and, therefore, patent ineligible without apply a single piece of prior art or considering priority dates or availability of references or when teachings were made public. The novelty and nonobvious considerations under 101 are done without even a claim interpretation, which means the specification is not considered critically to see if the claim terms are defined and technical concepts explained. It also means the prosecution history, which black letter law tells us is equally as important as the claims and specification, is not considered.

How can you know what the claims are directed to without a proper claim interpretation? If “directed to” means anything other than “what does the preamble explicitly say,” you cannot possibly know under the Alice-Mayo framework because there is no consideration of the specification or prosecution history, both of which are essential for any claim interpretation. If “direct to” is determined by the preamble, which for 101 purposes it really ought to be, then almost all claims would pass the threshold, which is exactly what 101 was intended to do. 35 U.S.C. 101 was only ever intended to weed out the most glaringly offensive and unpatentable claims. This is true because if a claim is declared patent ineligible under 101 the decision maker is saying that they do not care how revolutionary the innovation is, how novel, how nonobvious, and how expertly described, no patent will issue ever. Aggressive use of 101 was never contemplated as being appropriate because it cuts off hope for nascent innovation from the very start because most 101 patent eligibility concerns only ever present for truly new, truly groundbreaking classes of innovation.

As the Supreme Court repeatedly ruled prior to Mayo v. Prometheus, the statute should be allowed to do the work for which each section was designed.