“The Supreme Court should never have created its own exceptions to U.S. patent laws. It has taken far too long for Congress to finally correct these errors, but this draft bill would finally strengthen our patent system.” – Russell Slifer

A group of Senators and Representatives has just released the draft text of a bipartisan, bicameral proposal to reform Section 101 of the Patent Act.

Senators Thom Tillis (R-NC) and Chris Coons (D-DE), Chair and Ranking Member of the Senate Judiciary Subcommittee on Intellectual Property; Representative Doug Collins (R-GA-9), Ranking Member of the House Judiciary Committee; Hank Johnson (D-GA-4), Chairman of the House Judiciary Subcommittee on Intellectual Property and the Courts; and Steve Stivers (R-OH-15) sent the draft text via press release today. The stated goal of releasing the draft is to solicit feedback—there will be additional stakeholder feedback and Senate hearings, according to the press release.

Senate hearings on the topic will be held on June 4, 5 and 11 featuring three panels of five witnesses each, for a total of 45 witnesses over three days.

The draft text explicitly states that “the provisions of section 101 shall be construed in favor of eligibility.” It also includes the following provision:

No implicit or other judicially created exceptions to subject matter eligibility, including “abstract ideas,” “laws of nature,” or “natural phenomena,” shall be used to determine patent eligibility under section 101, and all cases establishing or interpreting those exceptions to eligibility are hereby abrogated.

The bill would also add a subsection (k) to Section 100 defining “useful” as “any invention or discovery that provides specific and practical utility in any field of technology through human intervention” and would replace subsection (f) of Section 112 with the following:

IPWatchdog Founder and CEO Gene Quinn said that “the legislative language is good,” and noted that the proposed definition of “useful” seems to be intended “to explicitly overrule AMP v. Myriad and bring us back to Diamond v. Chakrabarty, which is outstanding. Even better are what Senators Tillis and Coons identify as ‘other statutory provisions’ that explicitly abrogate the much criticized judicial exceptions.”

Quinn added that his recent article expressing concern that big tech was dominating the legislative roundtable discussions behind the scenes “obviously, was incorrect. This fix, if enacted, would be exactly what the patent system needs and is extremely pro-innovator,” Quinn said. 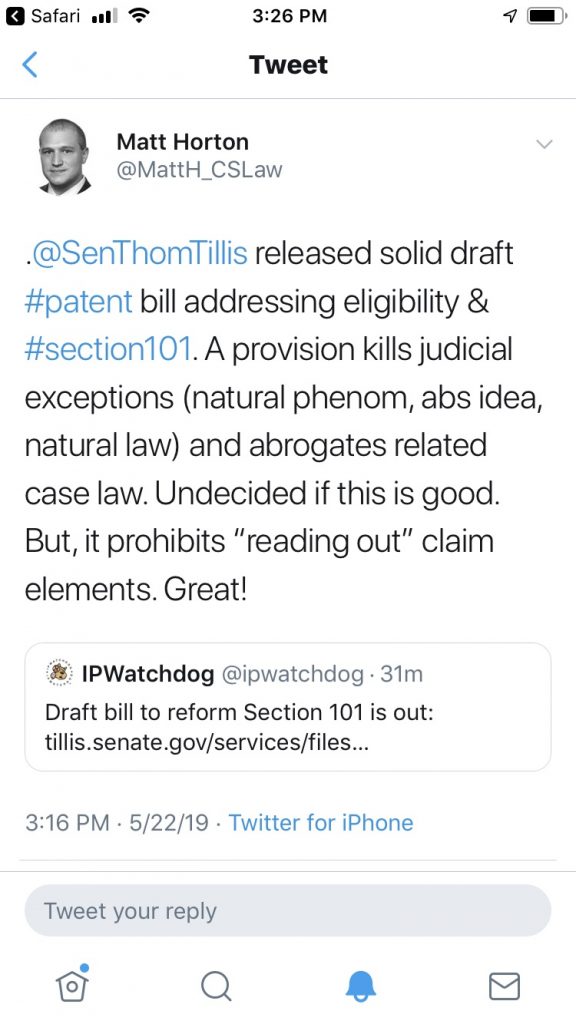 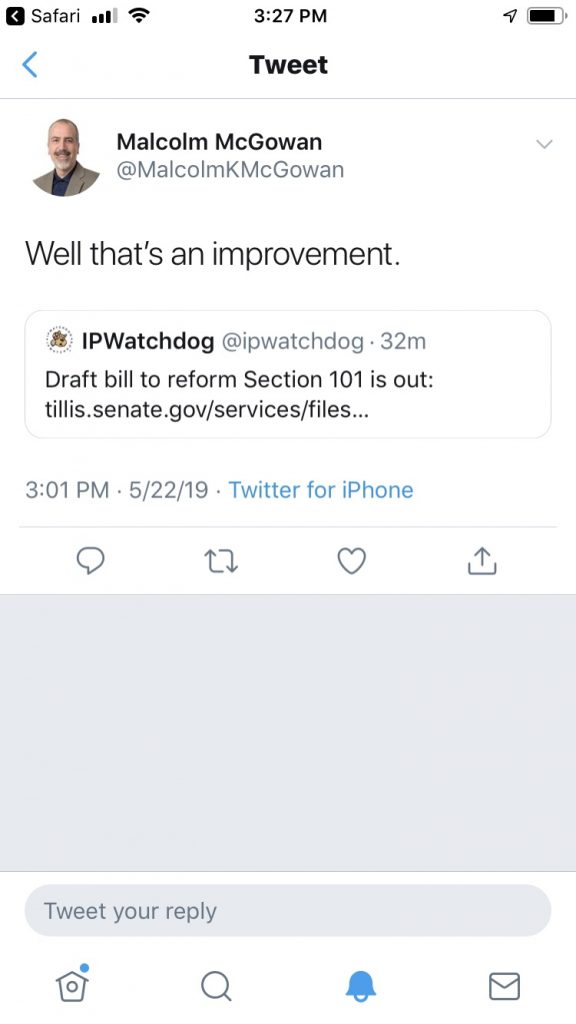 Sherry Knowles, who has been vocal in her view that the Supreme Court’s judicially-created exceptions to 101 are unconstitutional, was enthusiastic about the draft text:

I applaud the actions of Sens. Tillis and Coons and Reps. Collins, Johnson, and Stivers to take the lead to address the recent unconstitutional decisions issued by the U.S. Supreme Court in the area of patent eligibility. These decisions have run roughshod over our tripartite system of government, have ignored the sole power granted to Congress to create patent law and are currently having a devastating effect on the creation and protection of innovation in the United States. The United States has led the world in innovation, and must also be the leader in the legal framework for its protection.

I am in favor of the current draft text that was issued on May 22, 2019 by the Subcommittee. It is simple and reaffirms the statutory language that goes back to the first codification of the Patent Act in 1790, and which has been repeatedly recodified by Congress through the 1952 Patent Act. It is the law that motivated the great inventions of brilliant scientists. I am especially grateful that the Subcommittee is willing to take a strong stand to demand that no implicit or other judicially created exceptions to subject matter eligibility, including “abstract ideas,” “laws of nature,” or “natural phenomena,” may be used to determine patent eligibility under section 101, and that all cases establishing or interpreting those exceptions to eligibility are hereby abrogated. Well done.

Russell Slifer, former Deputy Director of the USPTO and Principal at Schwegman Lundberg & Woessner, applauded the draft, but said it has taken too long to get here.

“The Supreme Court should never have created its own exceptions to U.S. patent laws. It has taken far too long for Congress to finally correct these errors, but this draft bill would finally strengthen our patent system.

Patent eligibility was never intended to be the tool to determine the validity of a patent.  The Draft Bill should be welcomed by all inventors and innovators.  I hope that this Bill has support needed to be passed by Congress.”

Meredith Addy of AddyHart P.C. was especially encouraged that the list of exceptions included in the proposed framework released last month seems to have been eliminated. In an email sent to IPWatchdog she wrote:

“I am encouraged to see this draft bill separating the Section 101 eligibility determination from other statutory sections (such as Section 102) and specifying that it is determined based on the claimed invention as a whole.  This version also addresses my main concern with prior drafts by removing the statutory “list” of exceptions.  Such a list runs the risk, not only of being overbroad and potentially covering future innovations, but also of being amended as legislatures and technologies change.  Patent laws should not require amendment as science and technology progress.  Along those lines, the statutory abrogation of the “judicial exceptions” remains necessary if we want to finally get over the judicial hurdles now plaguing Section 101.”

Paul Morinville, Founder and former President of US Inventor, Inc., said that “some clarity is needed” but overall Congress is “on the right path”:

“This is a big step in the right direction for Congress. It eliminates judicially created exceptions to 101 completely.  Without that there was no hope of fixing the mess. Now, legislation can be crafted to restore a major problem in protecting tech inventions.  Some clarity is needed in what the definition of ‘through human intervention’ means in the definition of useful. This could be problematic in tech inventions in chips and software that require no human intervention.  But, at first blush, I am very happy that Congress is eliminating exceptions and is on the right path.”

John White of Soryn IP was slightly more skeptical than most. He said the draft is “a good start,” but in the end, the interpretation of the new 101 will turn on the legislative history:

“Will courts (SCOTUS and CAFC) buy into what the language says and means? I sure hope they do. But my level of certainty is low. We need to enshrine the Chakrabarty standard of “anything under the sun made by man”. Look for the hand of man–if present in any respect in the invention, it should be patent eligible. This would then include any discovery, any execution of an invention on a computer, etc. Whether it is novel, unobvious, and adequately disclosed is appropriate for other portions of the statute. We need to separate these queries, utterly. The courts struggle to do this—this should be stopped via this language. 101 should return to its narrow focus—this draft accomplishes that goal.

Here are excerpts from some of the Senators’ and Representatives’ statements from today’s press release: 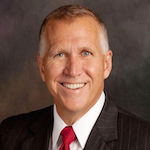 Thom Tillis: “We believe this draft framework represents a true balance that will restore integrity, predictability and stability to our nation’s patent system, while also preventing the issuance of overly broad patents.” 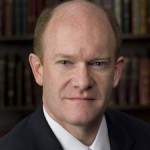 Chris Coons: “Strengthening our intellectual property laws to encourage and reward research and innovation is critical to our leadership in developing cutting-edge technologies and safeguarding our national security.” 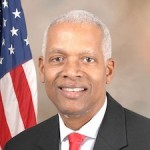 Hank Johnson: “Section 101 of the Patent Act is foundational to the patent system, but recent court cases have upset what should be solid ground. The draft language released today represents an important step in the process, the result of extensive consultation with stakeholders from a wide range of industries and perspectives.” 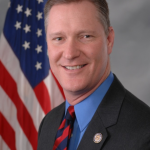 Steve Stivers: “Every day in my home state of Ohio, leaders in the fields of biologics research and diagnostics invest their time to discover lifesaving cures. American startups in these and every industry revolutionize technology usage and have the opportunity to propel our society forward with innovative discoveries and products, but we must work to protect these innovators with the ability to secure a patent that rewards their risk and investment. This draft proposes crucial steps to reform our patent laws to better reflect the twenty-first century’s rapidly evolving scientific and technological advancements.”

Feedback on the draft text should be emailed to [email protected].

IPWatchdog will continue to follow these developments and will provide in-depth analysis as the draft evolves.