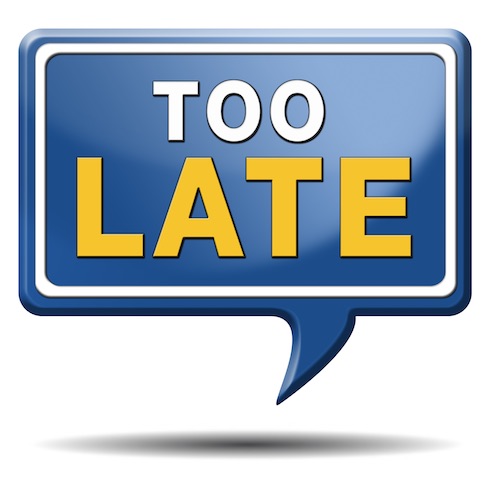 In 2001, Click-To-Call Technologies’ (CTC’s) predecessor-in-interest initiated patent infringement litigation against Ingenio’s predecessor-in-interest for infringing the ’836 patent. Later, the parties voluntarily dismissed the suit. In 2013, following the Federal Circuit’s precedent at the time, the Board instituted Ingenio’s IPR petition finding that the time-bar did not apply because the original suit had been voluntarily dismissed without prejudice.

Recently, the Federal Circuit, sitting en banc, held §315(b) precludes IPR institution when the IPR petitioner was served with a complaint for patent infringement more than one year before filing its petition, even if the district court action in which the petitioner was so served was voluntarily dismissed without prejudice.  Click-To-Call Technologies v. Ingenio, Inc., Yellowpages.com, LLC, No. 2015-1242, 2018 (Fed. Cir. Aug. 16, 2018) (Before O’Malley, Taranto, and Stark; Partial En Banc Decision before Prost, Newman, Lourie, Dyk, Moore, O’Malley, Reyna, Wallach, Taranto, Chen, Hughes, and Stoll) (Opinion for the court, O’Malley, J.).

To support its finding, the Federal Circuit turned to the plain language of the statute, which states, without any exemptions or exceptions, that an IPR “may not be instituted if the petition requesting the proceeding is filed more than 1 year after the date on which the petitioner, real party in interest, or privy of the petitioner is served with a complaint alleging infringement of the patent.” Moreover, the Federal Circuit found that the legislative history manifested an intent consistent with the plain language of the statute.

Further, the Federal Circuit, sitting partially en banc, held that a reexamination of a patent does not affect the time-bar of § 315(b) because “[u]nlike reissue, reexamination does not result in the surrender of the original patent and the issuance of a new patent.” Rather, a reexamination may result in amended or new claims to the original patent.  Because § 315(b) does not speak in terms of claims and instead, prescribes a time-bar based on an infringement complaint of the patent, the Court found no effect of a reexamination on the time-bar.  Furthermore, even though the original complaint concerned only a single party amongst the petitioners, the Court held that the time-bar affects all petitioners in the IPR because they are each a “real party in interest” as described in the statute.

Accordingly, the Federal Circuit vacated the Board’s decision and remanded with instructions to dismiss the IPR.

The dissent argued that even though § 315(b) makes no mention of a voluntary dismissal nullifying the time-bar, the statute’s mention of “served with a complaint” is not unambiguous on its face, and therefore the § 315(b) leaves room for interpretation.  Furthermore, to support its conclusion that the voluntary dismissal should nullify the time-bar, the dissent pointed to the Federal Circuit’s decisions in Bonneville Assocs. v. Barram and Graves v. Principi where, under Rule 41(a) of Federal Civil Procedure, voluntary dismissals had the legal effect as if the action had never been brought.  Regarding the legislative intent to provide notice, the dissent argued that voluntary dismissals did not afford a petitioner adequate notice because the alleged infringer is unlikely to have received the contemplated information.

Under 35 U.S.C. § 315(b), a party served with a complaint for patent infringement must file a petition for IPR within one year of the service, regardless of whether that suit is later voluntarily dismissed without prejudice.  Even if the patent is the subject of a later reexamination proceeding, the one-year period starts to run at the time of service of the complaint asserting the original patent. Additionally, the petition for IPR will be denied even if some of the named petitioners were not parties to the initial infringement action.