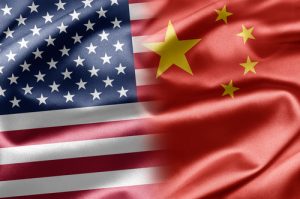 In the 90 years between 1790, the year the first Patent Act went into effect in the United States, and 1880, the U.S. Patent Office required patent applicants to provide both documentation of their inventions as well as three-dimensional working models that allowed patent examiners to physically interact with inventions. By the time this practice was ended in the late 19th century, it’s believed that as many as 200,000 of the 246,094 inventions patented by that agency were represented by working patent models, although fires at the Patent Office in 1837 and 1877 destroyed tens of thousands of models, many of which were restored. Although the U.S. Patent Office ended the official requirement for working patent models in 1880, some inventors would voluntary submit models in the years following that rule change.

Some patent models which have survived represent advances which created major impacts on American society through the 1800s. In the early 1900s, about 10,000 patent models were transferred from the Patent Office to the U.S. National Museum at the Smithsonian Institution, and many of those models continued to reside there. These include patent models of a cannon invented by John Ericsson which had improved recoil, could be operated by fewer people and was used on the U.S.S. Monitor during the Civil War; a machine to produce corrugated or shirred rubber fabrics invented by Charles Goodyear, the inventor of vulcanized rubber; a telegraph with a paper roll to print incoming messages developed by Samuel Morse, an important pioneer in telegraphy; and a dust pan invented by Sarah Rennie in 1877 which was designed to increase the ease of sweeping stairs and apartment floors.

From time to time, these 19th century patent models are displayed in museum exhibits which tout both the history behind these items as well as the peculiarities of many outdated inventions. In 2011, for example, the Smithsonian American Art Museum hosted an exhibit displaying 32 patent models from the Rothschild Collection including a sliding extension ladder, an electromagnetic railroad signal and a home security theft prevention device consisting of a pistol configured to shoot if intruders opened a door. In recent weeks, however, we’ve learned that U.S. patent models are beginning to find a new audience in China’s growing inventor class.

In late March, the Hagley Museum & Library announced that it had reached an agreement with China’s Tsinghua University to send 60 U.S. patent models submitted to the U.S. Patent Office between 1836 and 1890 on a tour of four Chinese cities including Beijing, Shenzhen, Shanghai and Wuhan. The exhibit, titled Spirit of Innovation: Nineteenth-Century U.S. Patent Models From the Hagley Museum and Library, is expected to be seen by one million people in China between March and September of this year. The joint press release from Hagley and Tsinghua includes a quote from Sen. Chris Coons (D-DE), who lauded the international dialogue on intellectual property rights which was being created by the exhibit:

“This exhibition and partnership between Hagley and Tsinghua University provides a unique opportunity to celebrate a shared interest in the importance of a robust intellectual property system. Hagley is using this one-of-a-kind exhibition to encourage a constructive dialogue between the U.S. and China on the role of intellectual property in a modern economy.”

The announcement of the exhibit published on Tsinghua University’s website cites comments by Chinese Premier Li Keqiang on “mass innovation and entrepreneurship” as one of the “‘double engines’ of China’s economic development under the new normal.” Importantly, Tsinghua’s announcement notes that, “Most of the inventions… of the patent model exhibited this time came from ordinary people, not professionals or scientists.” The university expects the exhibit to raise awareness on innovation and patent protection among Chinese residents to build an innovative economy.

Recent coverage of the Spirit of Innovation U.S. patent model exhibit in China published by Forbes noted the timely nature of the exhibit given international tensions which have risen in recent months between China and the United States on intellectual property matters. Such tensions began rising last August when the White House under President Donald Trump launched a probe into Chinese deceptive trade practices regarding intellectual property, including IP theft and forced tech transfer to domestic firms. In late March, President Trump announced retaliatory tariffs on as much as $60 billion worth of Chinese goods to penalize that country for their deceptive practices regarding IP.

The recent Forbes article plays off of this context, noting that “China has politely borrowed the American engine of innovation” by hosting the historical patent models collected by Hagley. However, it appears as though this is yet another chapter in the story of China copying the intellectual property regime that had made the United States the most innovative country in the world until recently. In mid-April, Chinese state media reported on gains in research and development employment as well as increasing patent filings in the country. Although the reports come from news outlets operated by the Chinese national government, most of the statistics being reported were corroborated by international third-party organizations. Increased investment into innovation in China has been buoyed at least in part by relaxed examination guidelines regarding software and business method inventions, streamlined examination processes for big data and Internet patent applications and improved rhetoric on protecting patent rights from the highest echelons of the Chinese government.

There’s been an interesting dichotomy at play in China’s evolving stance on intellectual property rights, especially patent rights. There are plenty of reasons to be wary about how well the Chinese government respects the rights of non-Chinese patent owners as reports indicate that forced tech transfer of patented technologies to Chinese domestic firms as a cost of market entry has been enforced in China for decades, including the years since China became a member of the World Trade Organization (WTO); WTO treaties prohibit member states from engaging in such forced tech transfer activities. Such deceptive practices regarding foreign IP could well continue into the future given China’s technological ambitions evidenced by the country’s Made in China 2025 initiative. And yet, as the recent U.S. patent model exhibit suggests, the Chinese government is doing much to support inventors in its own country and getting them familiar with a functioning patent system. As Andrei Iancu, the new Director of the U.S. Patent and Trademark Office, works to push a new narrative which extols the virtues of invention, it appears as though the Chinese are well on their way towards building that narrative by introducing its citizens to the 19th century version of the U.S. patent system which created a very technologically advanced society by incentivizing inventors with the promise of strong and effective patent protection.