Increases in Innovation, Patent Boom Leads to Development in China

The Chinese government has been aggressively incentivizing increased patent filings. In many ways, China’s innovation economy is a near photo-negative of the current iteration of the U.S. patent system. 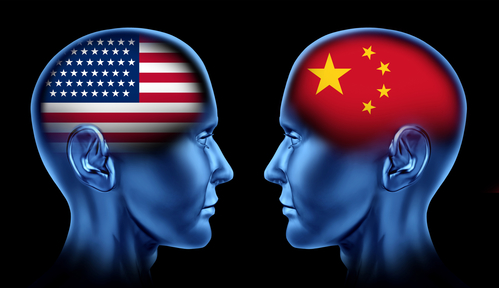 On Monday, April 16th, various state-run news outlets in China published an article titled Independent Innovation Promotes Patent Development in China. The report cites statistics provided by an official from China’s National Bureau of Statistics that continue to show how China’s innovation economy is improving at the same time that the United States’ patent system and innovation ecosystem has declined rather dramatically in recent years.

While these statistics and news reports may be tempting to dismiss at first glance as propaganda distributed from a State news agency, much of the data can be independently corroborated through neutral third-party sources. Thus, while it may be tempting to minimize what is happening in China, and it is certainly correct to observe work remains to be done by the Chinese, significant strides are being made. This is no doubt in part why Chinese startups received more funding for artificial intelligence technologies last year than did U.S. startups in the same space, a fact that should be viewed as quite shocking throughout the corridors of Capitol Hill and beyond.

As a result of science and technology policy initiatives enacted in China as early as 1988, the report indicates that China has taken the global lead in the number of research and development personnel employed within the country with more than 3.53 million workers in the R&D sector as of 2013; these statistics are corroborated by national statistics on total R&D personnel published online by the United Nations Educational, Scientific and Cultural Organisation (UNESCO). It should be noted that statistics on R&D personnel in the United States are not published by UNESCO, although the National Science Foundation (NSF) reported that American R&D firms employed 1.5 million workers, including scientists, engineers and managers, during 2013.

Other statistics published by Chinese news media further drives home the fact that the Asian powerhouse is becoming an increasingly important global player in the innovation economy space. The report states that, in 2017, China was the nation receiving the second-largest investment into research and development, reaching $278.5 billion USD in R&D investment and accounting for 2.12 percent of China’s gross domestic product (GDP). These statistics are somewhat corroborated by similar stats published by the Organisation for Economic Co-operation and Development (OECD). The OECD shows that China was indeed the second-largest country receiving R&D investment behind the United States in 2016, but the OECD reports that China’s 2016 R&D investment neared $412 billion that year. There would seem to be a discrepancy between those numbers but both rankings still put China solidly in second-place. The OECD and Chinese news media were much closer on the percent of China’s GDP supported by R&D investment.

Chinese state news outlets also make the point that startup activity is increasing, another sign of a developing innovation economy. In 2017, the number of daily new registered enterprises surpassed 16,000, an increase from the 15,000 such daily new registered enterprises in 2016. Science and technology policies in China have also allowed domestic firms to emerge as industrial leaders. Chinese news media specifically cites smartphone developer Huawei, a company which earns as much as 30 percent of all patent revenues in China for its mobile phone patent portfolio according to recent analysis of global patent licenses in the mobile phone market. The news report also indicates that 40 percent of Chinese industrial firms with annual revenues of more than 20 million yuan ($3.1 million USD) “has technological innovation activity and investment.” Although the amount of that activity and investment among those entities isn’t quantified, it shows that nearly half of China’s most valuable businesses understand the importance of developing new technologies.

Chinese state news also claims China leads the world in patent applications filed through the World Intellectual Property Organization’s (WIPO) Patent Cooperation Treaty (PCT). A closer look at statistics available online through WIPO’s website seem to contradict this statement, but at the rate Chinese PCT applications are increasing it might not be much longer before the claim will be true.

An infographic on 2017 PCT filings published by WIPO confirms that China filed nearly 49,000 PCT patent applications with WIPO that year, but China trailed the United States, which was the source of 56,624 PCT patent applications in 2017. China is, however, trending upward at a faster rate than the United States. China’s PCT filings increased by 13.4 percent from 2016’s totals, the largest percentage increase among any of the top ten PCT filing nations over that period. By contrast, U.S. PCT filings increased by only 0.1 percent from 2016 to 2017.

The patent boom China has been experiencing is easy to explain. China as a country has been unwavering in its support for domestic patent production in recent years. Indeed, the Chinese government has been actively encouraging not only increased innovation that makes it more likely there will be patentable innovations, but that government has been aggressively incentivizing increased patent filings. Incentives include subsidizing patent filing fees, providing rewards for patent filings, and tax credits that are tied to patent output. In many ways, China’s innovation economy is a near photo-negative of the current iteration of the U.S. patent system.

As China business startups are increasing, startups in the United States have languished for decades and the rate of business startups in America is currently half of what it was 40 years ago. In recent years, patent policy has played into the startup environment in both China and the United States. Even as U.S. Supreme Court precedent has greatly increased concerns regarding patentability in software and other sectors, the Chinese government has relaxed examination guidelines regarding software and business method patents and it has streamlined the examination process for big data, cloud, Internet and other important sectors. As a result, China is leading the U.S. in investment funding into artificial intelligence startups. Even as the validity of issued U.S. patents is very uncertain thanks to the post-grant challenges available at the Patent Trial and Appeal Board (PTAB), increasing the chances that a patent-infringing party can get away with their infringement, Chinese President Xi Jinping has increased his rhetoric against IP infringers over the past year.

The negative impacts of recent U.S. patent policy have been made clear by numerous reports. In the 2018 IP Index published by the U.S. Chamber of Commerce, the United States’ patent system dropped to 12th overall after having been 10th in 2016 and 1st in every other edition of the Chamber’s IP Index. Specific key weaknesses cited by the Chamber include the United States’ patent opposition system and uncertain patentability of software and biotech inventions. Conversely, even though China still trails the U.S., it has made positive improvements in each annual edition of the IP Index.

This year was also the first in which the U.S. did not rank among the top ten countries in the Bloomberg Innovation Index. China trailed the U.S. in this index, but here too, China is increasing its position relative to last year while the U.S. is actively declining. In the context of all this, the recent Chinese state media report on independent innovation in that country is yet another chapter in the story of how the United States is ceding its leadership in innovation to its greatest economic rival.

Andrei Iancu, Undersecretary of Commerce for Intellectual Property and Director of the U.S. Patent and Trademark Office, who was confirmed in February 2018, has recently explained that if the U.S. wants to maintain global economic leadership it cannot continue down the same path with respect to patent policies. “And we will not continue down the same path,” Iancu said emphatically at a U.S. Chamber of Commerce gathering on April 11, 2018. Hopefully he will be able to convince others in Washington, DC, that now is the time to take action.