What Does Mark Hamill Know About Title II Reclassification of Internet Service Providers? 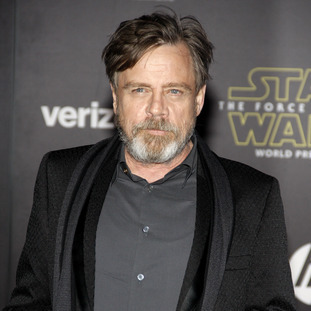 Since the Federal Communications Commission (FCC) voted in early December to undo the Title II reclassification of Internet service providers (ISPs) as common carriers, the gnashing of teeth that has followed from the political elite in Washington has been less than surprising.  But even celebrities like Jedi Master Mark Hamill have interjected themselves into the debate.

36 members of the Democratic party elite in the Senate, including Sens. Ed Markey (D-MA), Chuck Schumer (D-NY), and joined by the independent and ultra-liberal stalwart Sen. Bernie Sanders (I-VT), announced their support for a joint resolution made under the terms of the Congressional Review Act (CRA) which would officially resolve that Congress disapproves of the FCC’s Restoring Internet Freedom regulations and that such rules would have no effect, should the joint resolution pass both houses of Congress and were to be signed by President Donald Trump.

The fact that the popular response to FCC Chairman Ajit Pai’s order has been disproportionate to the actual effects of the recent order to return regulatory policing authority of ISPs to the Federal Trade Commission (FTC) also comes as no big shock. The public backlash to the early December order has been so great that Pai reportedly decided to forego an appearance at this month’s Consumer Electronics Show (CES) because of death threats he has received. America’s cultural elite has also decided to make net neutrality its cause célèbre du jour and even Mark Hamill of Star Wars fame decided that it was worth engaging in America’s current Twitterocracy and condemn Pai’s worthiness as a potential Jedi for his lies “2 enrich giant corporations.” The Internet Association, an industry association group representing tech giants like Google, Netflix and Facebook, released a statement on January 5th in support of a legislative answer to the FCC’s decision to rescind the common carrier classification of ISPs. (Notably, the members of the Internet Association seem to consist by and large of those companies considered Internet edge service providers and it doesn’t appear that there’s a single ISP among the organization’s membership.)

However, the many doomsday predictions regarding the censored access to the Internet by seemingly market-dominant ISPs and the notion that the 2015 Open Internet Order is required to protect Internet consumers all seem to be completely unfounded. “As far as any effects which consumers can expect, nothing’s going to be different because nothing ever changed in the first place,” said Bartlett Cleland, research fellow for the Institute for Policy Innovation. Cleland has long been involved with technology and legal matters having formerly served as tech counsel to former Sen. John Ashcroft between 1996 and 1998 and has been involved with various Internet advocacy initiatives since that time.

Cleland noted that, mainly for legal reasons, the Title II reclassification of ISPs pursuant to the 2015 rules established under former FCC Chair Tom Wheeler never actually came to be enforced nationally. An August 2016 decision issued by the Court of Appeals for the Sixth Circuit in The State of Tennessee et. al. v. FCC et. al. struck down the FCC’s supposed authority to preempt state statutory provisions on municipal broadband regulations which the FCC had claimed under § 706 of the Telecommunications Act of 1996; this provision was a major part of the FCC’s legal reasoning for instituting the Open Internet Order in the first place. After the Sixth Circuit issued its opinion, the FCC announced that it wouldn’t appeal the outcome, leaving in place the right of states like Tennessee and North Carolina to regulate municipally-owned broadband services. “The best argument that the pro-net neutrality side has is that, ‘Well, ISPs and edge providers were on notice that things could change and maybe they would have been reluctant to break the rules,’ but that argument also applies to every year since 1996,” Cleland said.

“All of the dreams for how network neutrality would work have functionally been in place since 1996,” Cleland argued, noting that the Title II reclassification of ISPs would likely have had a limiting effect on the types of digital content services available to U.S. consumers. For example, in January 2017, the FCC issued a statement on zero-rating practices put in place by telecom firms AT&T and Verizon. Under the terms of the Open Internet Order, the FCC said that, while zero-rating programs per se don’t raise concerns in and of themselves, the specific programs put in place by AT&T and Verizon “may harm consumers and competition by unreasonably discriminating in favor of downstream providers owned or affiliated with the network providers.” “Consumers were going to get data access for free, but the law said that you can’t do that,” Cleland said.

Without the FCC’s ability to regulate ISPs under Title II common carrier regulations, there have been fears that ISPs could create bundled mobile packages such as are seen in Portugal, a country without the same kinds of net neutrality regulations which were seen in the U.S. Even though no content is actually blocked, such packaging allows consumers to pre-pay for access to certain apps so that data used through those services aren’t priced at a higher rate. But such concerns fly in the face of the fact that such bundling options could help U.S. consumers pay less for the amount of Internet that they access. Cleland used the example of a family member of his who only uses the Internet to share pictures of travels or kids on Facebook while also accessing e-mail occasionally. “She’s on fixed income and is basically subsidizing other people’s use because she’s paying a higher rate but she’s not using the Internet at the same rate that my kids use,” Cleland said. “What if Facebook came along with a package offering all of the things that she wants, and she cuts what she pays in half?”

“I think that it’s incredibly logical to agree with the tenets of net neutrality, such as unrestricted access to online content with a subscription for Internet access, and still believe that the FCC’s Open Internet Order was misguided,” Cleland said. The activity of ISPs have been policed well by both the FTC and state attorneys general going back to the FTC’s first case on protecting personal information on the Internet which it took up against web hosting company GeoCities back in 1998. Such regulatory policing activities ensures that the basic tenets of net neutrality are in place without oversight from the FCC. “Many, including myself, thinks that Congress should look at this and pass a law so that there’s something more steady on the subject,” Cleland said. Arguably, by reclassifying ISPs as Title II common carriers under the regulatory control of the FCC, which had issues putting privacy rules in force through April 2017, actually put consumers in greater danger of having ISPs encroach upon the privacy of their data than had those ISPs remained under FTC regulatory control.

Cleland said that the debate on net neutrality typically falls along the ideological line of whether a person feels that the free market or the government should be in control of Internet delivery. “When given the choice of choosing markets, including consumers and companies, to deliver Internet services or leaving that to the government, I’m always going to choose people,” he said. “I think the folks who prefer government control have done a masterful job of getting to the media in various places, especially entertainment media.”

And here, we return to the example of erstwhile Jedi Master Mark Hamill. Hamill’s viewpoints on the subject of net neutrality, specifically that FCC Chairman Pai is only acting in service to rich corporations, evidence a great lack of understanding of the net neutrality regime set up under former Chair Wheeler. It’s interesting to note that Hamill essentially sides with Google and the rest of the tech ruling class, companies which have much larger market caps and subscriber bases than the ISPs being regulated by the FCC. Those well-heeled members of the tech ruling class are the same ones that couldn’t be charged for their excessive use of bandwidth; that would be paid prioritization. In the days leading up to last December’s Restoring Internet Freedom order, a press release issued by the FCC revealed that Chairman Pai had been hearing concerns from small broadband providers serving rural areas which were having trouble deploying infrastructure to reach more consumers because of Title II regulations.

Rural ISPs are hardly the large entrenched corporate interests which Hamill seems to contemplate. Further, analysis of capital infrastructure expenditures investments among the largest ISPs during the Title II era shows that infrastructure investments have decreased across the board except at Comcast and Charter, two of the country’s largest ISPs. So while Title II regulations affect all ISPs, only the largest companies are growing under the regulatory regime, a fact that Hamill can conveniently overlook because he’s not aware of it. “My guess is that Mark Hamill has spent no time doing an objective analysis, legally or technologically speaking,” Cleland said, adding that he’s personally a bigger fan of Han Solo or Boba Fett than Luke Skywalker. “If the reaction is, ‘Oh my word, Ajit Pai has only done evil for the Internet,’ people pick that up and it creates another loop of pro-regulatory news.”

Cleland encouraged the wide spectrum of people who are honestly interested in ensuring a fair marketplace among companies in the Internet space to give themselves a thorough education on the actual impacts of regulatory activity in the sector. “Especially these days, whatever you think about the news or social media, it’s really worth everyone’s time to look at some facts and real research, understand some of the economics and applying their thinking instead of just Googling the topic,” Cleland said. “The worst thing that comes out of that is that you have really good debates with people instead of technology.”