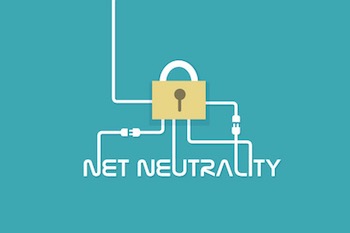 Net neutrality has once again grabbed media headlines after a ruling handed down Tuesday, June 14th, by the District of Columbia Court of Appeals (D.C. Cir.). The appellate court upheld the net neutrality rules put in place by the Federal Communications Commission (FCC), denying appeals on those rules in petitions from Internet service providers (ISPs) and trade groups. In the ruling, D.C. Cir. judges upheld the FCC’s classification of Internet service providers as common carriers under Title II of the Communications Act of 1934. This section of law gives the FCC regulatory authority over common carriers engaged in interstate or foreign communication to prevent them from making unreasonable charges or discriminating among consumers.

The reason why net neutrality came up in the American political discourse in late 2014 has much to do with paid prioritization. Paid prioritization is an agreement in which a broadband service provider negotiates an arrangement with a content provider that results in the content provider being given priority access at congested Internet nodes. The Obama administration came out strongly on the topic of paid prioritization, calling for it to be explicitly banned by the FCC. The White House also called for rules preventing ISPs from blocking content or intentionally throttling any kind of data transmission. By the end of September 2014, the FCC had received 3.7 million public comments on the subject of net neutrality.

While high-ranking Democrats have taken the net neutrality framework, and the subsequent upholding of the FCC’s regulatory authority in court, as a major win, Republicans have been critical of the regulatory regime. Washington political blog The Hill reported after the ruling that Congressional Republicans were interested in drafting a reform bill for net neutrality, which many on that side of the aisle believe constitutes an overreach of government authority. General counsel and representatives speaking on behalf of ISPs and trade groups indicated that they’ll be appealing the case to the U.S. Supreme Court.

We here at IPWatchdog have written on the subject of net neutrality since the topic became widely discussed in political circles a few years ago. Proponents of net neutrality rules include media celebrities like Stephen Colbert and John Oliver, figures who straddle the line between entertainment and news and whose views are largely respected by their viewers; business publication Bloomberg credited a segment on Last Week Tonight with John Oliver for inspiring 45,000 public comments to the FCC on the subject of net neutrality. However, as we’ve discussed in the past, the way net neutrality is being implemented in the United States risks stagnation to Internet services by favoring content providers over the ISPs who could create new forms of delivering Internet services.

It’s helpful at this juncture to identify exactly who benefits from net neutrality rules as they’re currently laid out. The net neutrality debate has been widely framed as a regulatory means to ensure that some of the smallest players on the Internet stand a fighting chance and aren’t forced to pay for priority distribution or risk relegation to a kind of second-class Internet. However, analysis of the decision by Fortune and 24/7 Wall St. argues that major content providers like Netflix (NASDAQ:NFLX), Facebook (NASDAQ:FB), Amazon (NASDAQ:AMZN), YouTube and Hulu are clear early winners of D.C. Cir.’s decision to uphold net neutrality rules. When comparing subscriber bases and market capitalization between the content providers and ISPs, the argument that net neutrality supports the “little guy” content provider against the big bad ISP begins to lose its flavor. Consider the fact that Comcast (NASDAQ:CMCSA), the cable company with the largest U.S. broadband subscriber base including more than 20.6 million subscribers as of December 2013, has a subscriber base that pales in comparison to some of the content providers whose positions are now bolstered by net neutrality. Netflix, for example, announced in its first quarter 2016 earnings press release that it had 81.5 million subscribers worldwide, 58 percent (47.3 million) of which are in the United States. That’s more than double Comcast’s entire U.S. broadband subscriber base. To be fair, Netflix has a much lower market capitalization than Comcast, only holding $40.95 billion in total share value to Comcast’s $153.21 billion market cap, but Amazon ($334.81 billion) and Facebook ($322.68 billion) are in a different league entirely. These content providing companies can now continue to operate in market dominant positions without being charged by ISPs which are smaller in terms of subscriber base and shareholder value.

Worse, there’s the potential that the ban on paid prioritization could end up costing consumers more money out-of-pocket for Internet access. Financial magazine Forbes also published analysis on winners and losers in the recent net neutrality court decision. The author contributing the article argued that ISPs might consider a form of unit-based pricing for Internet access; instead of paying for a certain level of data transmission speed, ISPs could look at charging for the amount of data consumed. Usage-based pricing schemes have been abjured in the recent past by Time Warner (NYSE:TWX) and Charter Communications (NASDAQ:CHTR), although Comcast has shown some interest in limited trials of such pricing schemes.

It also hurts the cause of net neutrality that proponents of the concept in America take a negative view of such regulatory authority elsewhere in the world. The Telecom Regulatory Authority of India (TRAI), India’s Internet regulator, began a consultation process in late May which the agency hopes will lead to a comprehensive and implementable net neutrality framework for the country. Already, however, Facebook has run into issues with telecom regulators in India for its Free Basics program, a service offering basic Internet access for free to Indian consumers. TRAI decided to ban Free Basics this February based on its authority to ban differential pricing for data services. Facebook’s Free Basics violated net neutrality, it was argued, because apps accessible on that platform constituted zero-rating, or a practice by which some Internet services are exempt from a cap on data which would affect other services.

Zero-rating can be thought of as an inverse to paid prioritization; instead of charging large content providers for so-called “fast lane” access, data transmitted by zero-rated apps don’t count against a data cap, making those apps slightly more valuable to consumers. So in America, where Facebook is the content provider, net neutrality is good for business. But in India, where Facebook is the ISP, net neutrality is bad for business.

Back in America, Republicans on Capitol Hill aren’t the only voice of dissent on net neutrality in Washington. Representatives of the Federal Trade Commission, the American regulatory agency charged with protecting consumers’ rights in this country, have noted that the FCC’s rules constitute a second rulebook for the Internet as the FTC had taken the lead in regulating ISPs up until the FCC’s common carrier reclassification. The implementation of net neutrality at the FTC would seem to make more sense, especially as it has been framed as an issue of consumer access to data services. The FCC regulates communication, not consumer access, although the Title II common carrier provisions give it some power in this arena. The FTC, however, loses its regulatory authority over consumer services providers when those providers are classified as common carriers. And if this is a legal issue about the rights of consumers to access the Internet, it makes infinitely more sense for those concerns to be adjudicated by America’s consumer rights agency.

An address delivered last December by FTC Commissioner Maureen Ohlhausen delves a bit more deeply into the conflict between the two agencies over net neutrality. As Ohlhausen notes, more enforcement is not always the best for consumers and that the two agencies approach enforcement quite differently, with the FCC more willing to issue fines for breaches of conduct. “I am concerned that what appears to be a ‘strict liability’ data security standard will actually harm consumers,” Ohlhausen stated. “The goal of consumer protection enforcement isn’t to make headlines; it is to make harmed consumers whole and incentivize appropriate practices… If an enforcement imposes costs disproportionate to the actual consumer harm, that enforcement action may make consumers worse off if prices rise or innovation slows.”