Do You Know How to Protect What’s Yours? 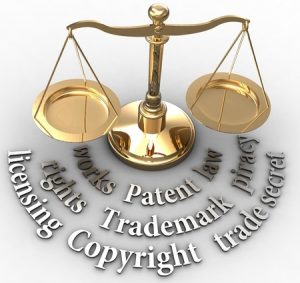 In the wake of recent judicial and legislative developments, protecting “what’s yours” has become even more complex. Historically, innovators have been frequently confronted with a choice between seeking patent protection with its attendant public disclosure ramifications or, seeking to guard against the misappropriation of intellectual capital through trade secret protection.

Since the original Patent Act of 1790, patents have been and will remain the most powerful method of protecting innovation and technological advance. Many businesses and intellectual property lawyers have appropriately favored a strategy focused on obtaining patents when available to protect intellectual assets. However, in recent years there have been unprecedented changes to the American patent system.

On July 13, 2017, while testifying before the House Judiciary Committee, former Federal Circuit Chief Judge Paul Michel testified that the U.S. patent system is “no longer functioning effectively” and is in crisis mode. Developments in patent law have caused owners of intellectual capital to evaluate all available means for its protection including considering when appropriate the protection of innovations as trade secrets.

Tim Ryan and David Radack, attorneys at Eckert Seamans, sat down with IPWatchdog for an interview about the recent developments in the areas of patent and trade secret law and how these developments of driving IP strategies.

The realignment of the rules of IP protection is being driven by many causes, according to Ryan and Radack. First, the Supreme Court considered eight IP cases including several important patent decisions, which almost uniformly curtailed the rights of patent owners.

“In these decisions, the Supreme Court limited damages for design patent infringement; limited the scope of domestic patent infringement for components shipped overseas; placed new restrictions on the patent venue statute thereby greatly limiting where patent infringement suits can be filed; and limited the ability of patent owners to control the use of a patented product after its first sale by expanding the doctrine of patent exhaustion,” they explained. “These decisions came on the heels of the Supreme Court’s landmark decision in June 2014 in Alice v. CLS Bank which redefined (and arguably restricted) patent eligibility rules.”

The second change agent is the continued importance of the IPR process created as part of the America Invents Act. The IPR process continues to be a powerful tool for parties seeking to challenge claims of U.S. patents. An IPR is initiated by the filing of a petition before the PTAB. Though reported statistics vary, it is generally accepted that the PTAB is seen as often sympathetic to patent claim challenges pursued in IPR proceedings.

The third factor is the increased importance of trade secrets resulting from the rise of cases initiated under the Defend Trade Secrets Act (DTSA). One goal of this new federal legislation is to harmonize often inconsistent state laws protecting trade secrets and provide a federal cause of action for trade secret misappropriation. A uniform body of law interpreting and applying the statute is developing and there has been an increase in cases filed under the DTSA during the last six months.

Lastly, the cost of enforcing IP rights must be considered – 2016 saw a downward trend in patent cases being filed and a decrease in damage awards in those cases. The cost of patent litigation continues to be key factor in evaluating enforcement decisions. In fact, in cases where the amount in controversy exceeds $25,000,000, the average costs of patent litigation through trial is about $6.3 million.

“The erosion of certain aspects of the protections afforded by patents and the significant investment necessary to pursue enforcement actions should motivate companies to at least consider using trade secret protection mechanisms in appropriate circumstances to add to their IP portfolios,” they explained.

According to Ryan and Radack, opting for trade secret protection may be influenced in circumstances where the innovation may not meet the statutory requirements necessary for patent protection; the technology has a short shelf life; protection of the asset may be needed immediately; the costs of obtaining a patent on the innovation is prohibitive; the owner of the intellectual capital may not want to make a public disclosure of the information; the asset cannot be easily reverse engineered; there is concern that some of the patent claims which may be granted may be met with a credible IPR petition and; there are cost constraints involved in terms of resources available for anticipated enforcement litigation.

They added, “In these situations, companies may well decide to forego patent protection and implement a strategy designed to maximize trade secret protection for these intellectual assets.”

So, how can businesses maximize protection of intellectual assets using patents and trade secrets?

“We believe that the securing of patent rights generally remains the strongest form of intellectual property protection available to innovators,” Ryan and Radack said. “However, if it is determined that pursuing a patent is not the best solution under the circumstances, affirmative steps need to be taken to properly maintain information as a trade secret.”

Today, it is imperative that businesses utilize appropriate confidentiality, non-compete and non-disclosure agreements for employees, suppliers and customers which make clear the existence of trade secret information and the duty to maintain the confidentiality of such information. State laws vary with respect to the permitted scope and enforceability of such agreements.

They said, “Businesses need to make the use of such agreements mandatory and, if these agreements are already in use, update current forms to maximize the protections available within the confines of existing laws.”