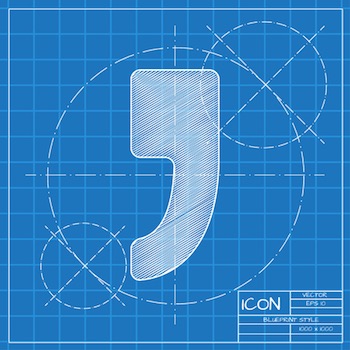 The purpose of the comma and how the comma might change the meaning of the sentence was debated when the America Invents Act (AIA) was enacted in 2013. Because of a comma, the meaning of the Act was debated and was interpreted at least by the U.S. Patent and Trademark Office and at least one district court to overturn existing case law in relation to whether secret offers for sale would qualify as on-sale bar to patentability. Also, the comma was used to interpret the meaning of a list of items as discussed below. As such, as patent attorneys, being aware of the effect on the meaning of a sentence by adding or removing a comma in a patent application or patent claim would be prudent.

With respect to the AIA, the specific statutory provision affected by the comma was AIA 35 U.S.C. § 102(a)(1) which states that:

The USPTO promulgated rules that explained their interpretation of § 102(a)(1). They interpreted the “, or otherwise available to the public” phrase as also modifying the “on sale” phrase in AIA § 102(a)(1) so that a secret offer for sale is no longer a bar to patentability under the new statute. See MPEP 2152.02(d).

At least one District Court opinion has also followed the interpretation of the phrase “, otherwise available to the public” as also modifying the “on sale” phrase consistent with the USPTO. Helsinn v. Dr. Reddy’s and Teva (D.N.J. 2016).

Because of the focus given to the comma in this widely discussed “on sale” issue, awareness should be raised for the use of the comma in drafting patent applications and especially in drafting patent claims. A frequent claiming practice used in many patent application is to list optional parts within a group. For example, the patent application may recite “by way of example and not limitation, it is also contemplated that the following materials may be used to fabricate the device: X, Y, Z and other [insert characteristic of the material] material.” In doing so, the patent drafter should be aware that the last phrase may also modify the items in the list that come before it.

3Form, Inc. v. Lumicore, Inc. (Fed. Cir. 2015, nonprecedential) is an example of how the court interpreted the patent because of the comma. In particular, the court interpreted the claimed phrase “the object splits, cracks, or otherwise compresses into an unnatural conformation.” In doing so, the court found that the phrase “unnatural conformation” modified not only “compression” but also modified “splitting” and “cracking” in the same sentence. This was all due to the comma used in the sentence. In fairness, the patent description made clear that the splitting and cracking arose from compression so the claim construction was consistent with the patent disclosure. But the court noted that the “most natural reading of this clause was that ‘otherwise compresses’ is a catch-all that sweeps in other deformative acts, including those specifically introduced earlier in the series–splitting and cracking.

The words that we, as patent attorneys use are important and ever more so in a patent application. For this reasons, it would be prudent to be aware that utilizing a comma can change the meaning of a sentence or phrase. Patent counsel should be aware that the presence or absence of the comma in a list may affect the way that the list is interpreted and make a conscious decision to either add or remove the comma based on the desired end result intended by the patent drafter. Don’t let the comma have an unintended consequence. To make the meaning of the list clear, the patent drafter may want to consider adding an additional sentence to indicate whether the last item in the list does or does not modify the items in the list that came before it, or change the structure of the language to make the meaning more clear.