Diversion of USPTO user fees is a tax on innovation 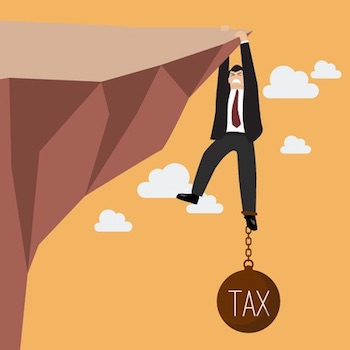 User fees fund our patent system. The patent system turns ideas into assets. Those assets are used to secure financing and gain access to markets. Financing and market access fuel the rise of new industries, businesses, and jobs. Regrettably, however, those user fees are frequently diverted to fund other, unrelated government agencies and programs, which amounts to a tax on innovation. 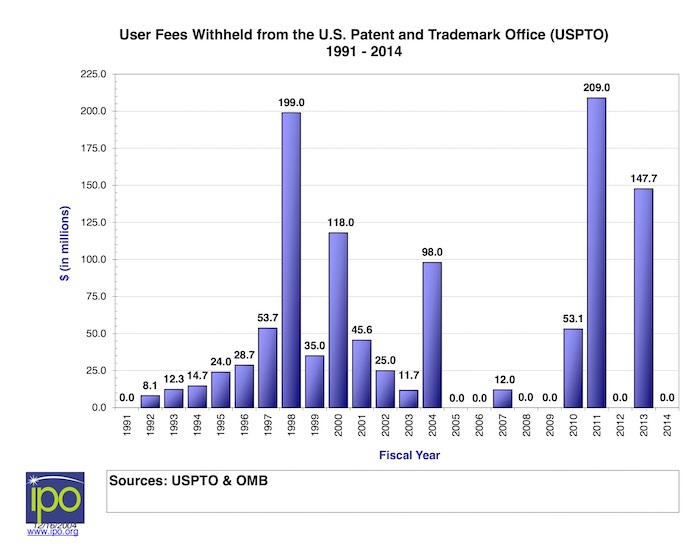 Despite the best of intentions, the AIA has failed to eliminate the pernicious effects of the existing appropriations process and fee diversion. Even though its “excess” funds are set aside, access and use of those funds remains under the control of Congressional appropriators. Thus, the USPTO lacks discretion in the use of those funds. This undoubtedly impairs the ability of the USPTO to invest strategically in the personnel and equipment needed to improve quality of examination and drive down pendency.

Further, under the current regime, the USPTO is subject to sequestration imposed by the Budget Control Act of 2011. In a 2013 letter to President Obama, the USPTO’s Patent Public Advisory Committee made the following observation:

The fee setting authority provided within the AIA accorded the Office the ability to raise fees by 15 percent and to address the mounting issues in Information Technology and the examining corps. Unfortunately, this was short-lived as the Sequester negated the intended impacts of these new user-generated fees. While we understand that these are the collateral damages associated with the Sequester, we respectfully ask that the Office be allowed to access the fees that it generates, or, at the very least, be provided access to those fees at some point in the very near future.[1]

In combination, the effects of sequestration and the restrictions on access to the “excess” fees fund impair USPTO efficiency and effectiveness. It stands to reason that the USPTO will find it increasingly challenging to maintain its high standards of examination, keep pace with the many changes in the system (including those imposed by the AIA itself), and reduce pendency.

Further, at the August 2015 meeting of the Patent Public Advisory Committee (PPAC), Director Lee announced that the USPTO may be brought into the Department of Commerce Shared Services initiative. That initiative would consolidate certain HR, IT, and procurement functions throughout the Department of Commerce. The IP user community has expressed concern over this initiative. Among other things, it has the potential to subvert the authority of the Director as to the acquisition, selection, and use of crucial resources. This initiative might very well be a further, and hidden, burden on the innovation ecosystem, and a covert tax on those availing themselves of the rights granted by the US Patent and Trademark Office. It is difficult to see how the USPTO can tackle the many challenges before it in terms of patent quality and pendency by decreased, rather than increased, access to critical resources.

The most effective approach to ameliorate those challenges would be to take the USPTO out of the appropriations process, and give it greater access to the funds that users pay into the system. Not only will this free up the USPTO to plan strategically for the long term, it will restore confidence in the user community that the funds being paid into the system are going to support the services that fuel innovation.

The approach found in the STRONG Patents Act (S. 632) to end fee diversion by statute, and to give the Director of the USPTO greater discretion and access to those funds, is a prudent and practical approach that will serve those ends.