What is a Trade Secret? 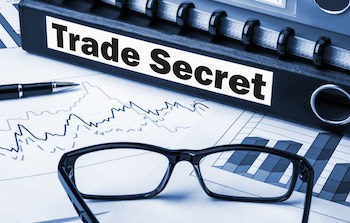 Let’s start with understanding what a trade secret is.

A trade secret is defined as any valuable business information that is not generally known and is subject to reasonable efforts to preserve confidentiality. Generally speaking, a trade secret will be protected from exploitation by those who either obtain access through improper means, those who obtain the information from one who they know or should have known gained access through improper means, or those who breach a promise to keep the information confidential. While virtually every business has at least some trade secrets, they are quite fragile because they protect information and resources that are secret, which necessarily means that protection is lost if and when the secret becomes publicly known. For that reason, when other forms of intellectual property protection are available, such as copyright or patent protection, one should carefully consider the wisdom of relying only on trade secret protection.

For example, let’s say you own a home cleaning business. For years you have advertised in your community and over time have developed a loyal customer base. If a competitor were to enter your geographical area how much could they save by not having to advertise in a broad way, but instead focus only on your customers who have already shown a willingness to hire someone to clean their home? That customer list for a competitor would be worth a lot, and if they were to siphon off customers from you it would cost you a lot. Therefore, that customer list needs to be protected as a trade secret.

If you must disclose information about a trade secret to a third party, perhaps information relating to an invention, particularly prior to having a patent application pending, you should absolutely use a Confidentiality Agreement. We have several free sample agreements that you can use and modify as necessary. Similarly, you should make sure your employees sign agreements promising to keep your trade secret business information confidential and not to use it for their own benefit even after they have stopped working for you. This is called a non-compete agreement. State law varies with respect to what you can put into a non-compete agreement, so you should consult an employment lawyer in your state to help you draft the proper language. It will cost you a little up front to do it right, but save you a lot later because if you are making money in business you can be certain others will try and enter your market and frequently those others are former employees.

information, including a formula, pattern, compilation, program device, method, technique, or process, that: (i) derives independent economic value, actual or potential, from no being generally known to, and not being readily ascertainable by proper means by, other persons who can obtain economic value from its disclosure or use, and (ii) is the subject of efforts that are reasonable under the circumstances to maintain its secrecy.

The Uniform Trade Secrets Act defines “improper means” to include “theft, bribery, misrepresentation, breach or inducement of a breach of duty to maintain secrecy, or espionage through electronic or other means.”

Remedies for infringement of a trade secret include damages, profits, reasonable royalties, and an injunction. With respect to damages the Uniform Trade Secrets Act explains:

(b) If willful and malicious misappropriation exists, the court may award exemplary damages in the amount not exceeding twice any award made under subsection (a).

(a) Actual or threatened misappropriation may be enjoined. Upon application to the court an injunction shall be terminated when the trade secret has ceased to exist, but the injunction may be continued for an additional reasonable period of time in order to eliminate commercial advantage that otherwise would be derived from the misappropriation.

(b) In exceptional circumstances, an injunction may condition future use upon payment of a reasonable royalty for no longer than the period of time for which use could have been prohibited. Exceptional circumstances include, but are not limited to, a material and prejudicial change of position prior to acquiring knowledge or reason to know of misappropriation that renders a prohibitive injunction inequitable.

(c) In appropriate circumstances, affirmative acts to protect a trade secret may be compelled by court order.

Attorneys fees are also available under the Uniform Trade Secret Act if the misappropriate is willful and malicious, or if a motion to terminate an injunction is made in bad faith. Some statutes also provide for enhanced damages and attorneys fees in certain circumstances.