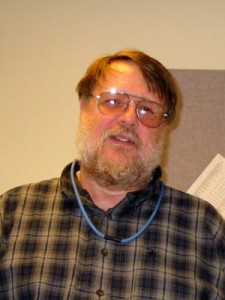 As of 2015, there were 4.35 billion e-mail accounts registered by Internet users all over the world and an estimated 2.59 billion active e-mail account users, according to e-mail research firm The Radicati Group. In that same year, a whopping 205 billion e-mails were transmitted every day, on average. Texting and many other forms of communication have become prevalent as we travel slowly into the exciting future of the Information Age, but electronic mail was a very early method of communicating on computer networks and the primary means of Internet communication for decades.

The list of living legends in the history of the development of the Internet sadly lost a member on Saturday, March 5th, with the passing of Ray Tomlinson. Tomlinson is widely regarded to be the primary father of e-mail communications and is the reason why most of us use the ‘@’ symbol nearly everyday. Tomlinson’s ability to engineer a solution to the problem of keeping the lines of communication open among colleagues separated by great distances earned him a spot in the Internet Hall of Fame along with the rest of the first class inducted into that hall in 2012.

Tomlinson’s e-mail innovation came in the early 1970s, during a time when computers were still massive machines that could easily take up entire rooms. Tomlinson had already graduated from Rensselaer Polytechnic Institute and the Massachusetts Institute of Technology before his 1971 hire by the Boston engineering firm Bolt, Beranek and Newman, now a subsidiary of Raytheon Company (NYSE:RTN) known as BBN Technologies. BBN became a major early developer of the ARPANET, the precursor to today’s Internet, when it was awarded a contract to develop the network from the Advanced Research Projects Agency (ARPA), now the Defense Advanced Research Projects Agency (DARPA), a week before Christmas of 1968.

Early in his time with BBN, Tomlinson was tasked to find intriguing ways of using ARPANET in order to improve the interaction that occurs between humans and computers. Tomlinson conceived of a way to use ARPANET, however, to improve person-to-person communication. At this point in history, voicemail was still more than a few years away from being made widely available to consumers, so when one person tried to call another and the other party didn’t pick up, any important messages couldn’t get through. Tomlinson created a messaging platform on ARPANET which allowed one user to transmit a text message to another user over the network, providing communications without requiring both parties to be physically present at the time that the message was sent.

Tomlinson’s major electronic mail innovation was the development of the SNDMSG command to transmit text communication across digital networks. The SNDMSG command was designed to send correspondence directly to a targeted recipient computer, the world’s first such kind of networked messaging program. Tomlinson’s Internet Hall of Fame entry also lists a number of other developments in network electronic mail including the development of a mail transport agent, setting the standard format for e-mail and creating a protocol for moving e-mail between machines.

Tomlinson transmitted the first electronic mail messages across computers connected to ARPANET in 1971. He typed in what he later remembers as a string of gibberish characters and phrases input into a Teletype KSR-33 terminal from the BBN-TENEXB machine to the BBN-TENEXA machine at his BBN facilities. Photos of the facility show the two machines standing adjacent to each other but the only actual connection between the two was through the ARPANET network.

Another interesting aspect of Tomlinson’s legacy is the fact that his decision to include the ‘@’ symbol in e-mail address is the single biggest reason why that symbol is typed more than one billion times per day. Reports indicate that Tomlinson needed a symbol that separated the user name from the host machine name and the use of the ‘@’ symbol lent itself nicely to the easily understood computer syntax of “user at host.”

Tomlinson’s discovery does not mark the first time that an electronic message system was used in a computing context, but previous methods involved the sharing of messages and other files through remote terminals connected to a central disk on which the information was stored. Obviously, this poses some issues in scalability; there would be no Internet like we know it today if each individual computer had no ability to connect to computing resources outside of its own central disk.

In 1973, the first standards regarding e-mail were proposed and again Tomlinson was instrumental at that moment in time. He had been previously involved in meetings for enhancing the standard communications protocol known as file transfer protocol (FTP) so that it could enable e-mail communications. FTP would be the primary protocol through which electronic messages would be sent until the adoption of the simple mail transfer protocol (SMTP) in 1982. E-mail standards for ARPANET were finalized in 1977.

The development of electronic mail technologies involves many other names as well. In 1978, Eric Schmidt, who would go on to be the CEO of Google for a period of 10 years between 2001 and 2011, devised a network called Berknet as part of his master’s thesis at the University of California, Berkeley. Berknet supported up to 26 hosts and included file transfer and e-mail capability, one of the earlier intranet networking services available. In 1988, Microsoft released its first version of Microsoft Mail for the Mac OS, enabling communications among users of AppleTalk Networks.

Today, the Internet has matured much beyond the capabilities of the original ARPANET but e-mail remains such an incredibly integral aspect of computer networking services. With the birth of the file attachment in 1992 through the adoption of the multipurpose Internet mail extensions (MIME), e-mail users were allowed to transmit audio, video and other files through electronic mail transmissions. Hotmail, the first HTML-based e-mail service and one of the first not tied to a particular Internet service provider, was established in 1996. Currently, the world’s most popular e-mail service is Google’s Gmail, which had a total of 900 million users as of May 2015, 75 percent of which were accessing mail through their mobile devices.

Of course, as with virtually any important scientific or technological tale of accomplishment, there is also a note of controversy. Whenever the media talks about “the inventor of e-mail,” claims are made by V. A. Shiva Ayyadurai that he actually invented e-mail when he who wrote a software program titled “EMAIL” at the age of 14 for the University of Medicine and Dentistry of New Jersey. Ayyadurai reportedly copyrighted the term “email” in 1982, but that obviously couldn’t have happened given that names, terms and phrases are not copyrightable. Notwithstanding, arguments that Ayyadurai actually invented the first electronic messaging service implemented over a computer network are often debunked in the media whenever they come out. Still, with the passing of Tomlinson, there have been a fresh round of appeals on behalf of Ayyadurai, who in a statement released on March 8, 2016, continues to say that “there is no credible evidence that modern email was first invented by Mr. Tomlinson.”

Two things stand out in the the “dispute” over who invented e-mail. First, the technical community and media both seem to find no dispute at all, with near universal agreement that Tomlinson was the inventor of e-mail. Second, while Ayyadurai continues to claim there is no evidence Tomlinson played any part in inventing e-mail and seeks to take the credit all for himself, Tomlinson was known for his humility. Indeed, in a 2002 interview when asked about his place among the greatest inventors of all time, Tomlinson explained that “any single development is stepping on the heels of the previous one and is so closely followed by the next that most advances are obscured.”

Standing on the shoulders of giants is how generations of inventors create often mind boggling innovations. There is little doubt that one of those giants in the Internet age was Ray Tomlinson.