Each week in the Federal Circuit Review, we succinctly summarize the preceding week of Federal Circuit precedential patent opinions. We provide the pertinent facts, issues, and holdings. Our Review allows you to keep abreast of the Federal Circuit’s activities – important for everyone concerned with intellectual property. We welcome any feedback you may provide.

A Patent Owner Must Show They Are Entitled to Amended Claims In an Inter Partes Review, Including in View Of All Prior Art of Record, and Known to the Patent Owner

Microsoft challenged the validity of a patent owned by Proxyconn in an Inter Partes Review (IPR).  The Patent Trial & Appeal Board held that all claims of U.S. Patent No. 6,757,717 were unpatentable, except claim 24.  The ‘717 Patent claimed systems and methods for speeding up data transmission in a packet-switched network.  The claimed method called for a computer to receiving and cache the data along with a key associated with that data.  A transmitting computer would first send a key.  If the receiving computer had data with a matching key, it would not request that the data again.  If the receiving computer did not have data with a matching key, the receiving computer would request transmission of the data.  In some embodiments, a third intermediary computer could interface with the sending and receiving computes and also cache data.  Microsoft appealed the Board’s determination that claim 24 is patentable.  Proxyconn cross-appealed the unpatentability of the remaining claims, the Board’s use of the broadest reasonable interpretation standard, and the Boards’ denial of Proxyconn’s motion to amend several claims.

First, the Federal Circuit summarily rejected Proxycon’s challenge to the use of the broadest reasonable interpretation standard in view of In re Cuozzo Speed Techs., LLC, a decision issued after briefing in this case.  There, the Federal Circuit had affirmed the use of the broadest reasonable interpretation standard in IPR proceedings.  However, even under this standard, the Court reversed the construction of several claim terms.  First, the phrase “two other computers” required that the two computers be in addition to a previously-recited caching computer, in contrast to the Board’s interpretation.  Likewise, the Federal Circuit disagreed with the Board and found that use of the term “sender/computer” and “receiver/computer” were not broad enough to encompass intermediaries.  Because the Board had misconstrued these terms, the unpatentability of the claims using these terms was reversed.  The Federal Circuit affirmed the patentability of claim 24 because the Board was correct in holding that the step of “searching for data” was not broad enough to read on a reference which taught comparing a data key to a single piece of stored data—the step of “searching” required at least two data objects to be searched.

Second, the Federal Circuit affirmed the Board’s application of the “DRP” reference to anticipate several claims.  In DRP, a system was described where a remote server stored an index which contained content identifiers uniquely associated with particular pieces of data.  A local computer could download the index, and compare the content identifiers with corresponding identifiers of locally-stored data.  The local computer could then update the locally-stored data by only downloading the pieces of data where the content identifiers did not match. The challenged claim contained a limitation that a computer “receive[] a response signal from said [local computer] at said [remote server], said response signal containing a positive, partial, or negative indication signal for said digital digest.” The Court agreed with the Board that a local computer’s request to update locally-stored data read on the “response signal,” and, thus, the reference anticipated several claims.

Third, the Federal Circuit affirmed the Board’s denial of Proxyconn’s motion to amend.  Motions to amend claims in IPR’s are subject two regulations under the AIA.  The motion has the burden of proof to establish that it is entitled to the request for relief, and the motion may be denied if the amendment does not relate to a ground of unpatentability in the IPR or it seeks to broaden the claim.  The Board had previously also issued an “informative” decision in Idle Free Systems, Inc. v. Bergstrom, Inc. in which it explained that a patentee must show that the amended claims are patentable over the pending grounds of unpatentability, all prior art of record, and all prior art known to the patentee in order to prevail on a motion to amend.

(i) construed the newly added claim terms;
(ii) addressed the manner in which the claims are patentable generally over the art;
(iii) identified the closest prior art known to it;
(iv) addressed the level of ordinary skill in the art at the time of the invention; or
(v) discussed how such a skilled artisan would have viewed the newly recited elements . . . in light of what was known in the art.

Proxyconn argued to the Federal Circuit that the Board had applied a standard our-tside of the current regulations. The Federal Circuit affirmed the Board and held that denying the motion to amend on grounds outside the current regulations was a permissible adjudicatory rulemaking, informing patentees on the necessary requirements for motions to amend.  Further, the prior regulation provided a non-exhaustive list of reasons why the Board may deny a motion to amend, which the Board was free to enlarge.  The Federal Circuit expressly agreed with the Board’s reasoning for the extensive requirements to amend in IPR’s.  Specifically, the amended claims would not be subject to any further examination, and, thus, the burden should fall to the patentee to show it was entitled to the amended claims.

On June 19, 2015, the Federal Circuit reversed and remanded an Eastern District of Virginia decision regarding the construction of several claim terms in a patent (USPN 6,356,836) pertaining to real-time traffic data. Te district court held that TomTom had not infringed..

The case began in 2011 when Adolph first accused TomTom of infringing a related European patent. TomTom then filed a declaratory judgment action in the Eastern District of Virginia seeking a judgment of invalidity and non-infringement of the counterpart U.S. patent. In February 2015, the district court construed four terms:

Based on the court’s constructions, Adolph stipulated to non-infringement, and the parties requested entry of final judgment.

The Federal Circuit then reviewed the claim constructions de novo. First, the Federal Circuit found that the district court incorrectly construed “generating and updating data” – a term from the preamble – as a limitation. Ordinarily, if a preamble “recites essential structure or steps, or if it is ‘necessary to give life, meaning, and vitality’ to the claim,” then the preamble can limit the scope of a claim. The Federal Circuit found that the “generating and updating data” term did not provide such life, meaning or vitality, rejecting an argument that it served as the antecedent basis for other claims. 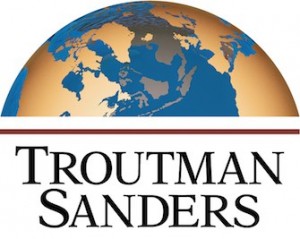 Second, the Federal Circuit analyzed whether the district court incorrectly construed “destination tracking system of at least one mobile unit” based on a misunderstanding of the prosecution history. TomTom argued that during prosecution Adolph disclaimed an initial map database whereas Adolph argued that the patentee merely stated that such a database was present but not required. The Federal Circuit agreed with Adolph and found that the district court’s construction that the tracking system of the claims “does not contain” an initial map database was incorrect.

Third, the Federal Circuit found that the district court incorrectly construed “node” to mean an “intersection, origin, destination, or point at which the vehicle changes direction by more than a given predetermined value in a grid or road network.” Adolph argued that a node is simply a geographic location, and the Court agreed, focusing primarily on disclosures in the specification referring to individual points or geographical coordinates.

Williamson sued Citrix Online for infringement of USPN 6,155,840, which claims methods and systems for distributed learning using computer systems linked by a network to provide a “virtual classroom” environment. The district court construed the graphical display limitations (“graphical display representative of a classroom” and “first graphical display comprising…a classroom region”) as requiring “a pictorial map illustrating an at least partially virtual space in which participants can interact, and that identifies the presenter(s) and the audience member(s) by their locations on the map.” The district court also concluded that “distributed learning control module” was a means-plus-function term even though the claims did not use the word “means.” The court further found that the specification “failed to disclose the necessary algorithms for performing all of the claimed functions.” Williamson conceded that based on the district court’s construction, claims 1-7 and 17-24 were not infringed and that claims 8-16 were invalid. The parties stipulated to final judgment, and Williamson appealed.

On appeal, the Federal Circuit agreed with Williamson that the district court improperly imported “pictorial map” limitation into the claim for the graphical display limitations. The claim language itself contained no such limitation. Additionally, nothing in the intrinsic record indicated that the applicant intended the claims to have such a limited scope. “To the contrary, the embodiments and examples in the specification of classroom metaphors relating to ‘maps’ are consistently described in terms of preference.” The Court therefore vacated the stipulated judgment of non-infringement of claims 1-7 and 17-24.

With respect to “distributed learning control module,” the Court expressly overruled precedent that “established a heightened bar to overcoming the presumption that a limitation expressed in functional language without using the word ‘means’ is not subject to § 112, para. 6.” The Court also overruled the strict requirement of “a showing that the limitation essentially is devoid of anything that can be construed as structure.” The Court instead applied the standard of “whether the words of the claim are understood by persons of ordinary skill in the art to have a sufficiently definite meaning as the name for structure.” When the claim lacks the “means” term, “the presumption can be overcome and § 112, para. 6 will apply if the challenger demonstrates that the claim term fails to ‘recite sufficiently definite structure’ or else recites ‘function without reciting sufficient structure for performing that function.”

Applying this standard, the Court first noted that the claim limitation was the entire passage “distributed learning control module for receiving communications transmitted…and for relaying the communications…and for coordinating the operation the operation of the streaming data module.” In addition, words such as “module,” “mechanism,” “element,” and “device” may be used in a claim in a way “that is tantamount to using the word ‘means’ because they ‘typically do not connote sufficiently definite structure” and therefore may invoke § 112 para. 6.” Here, the Court found the term “module” invoked § 112 para. 6 because “it sets forth the same black box recitation of structure for providing the same specified function as if the term ‘means’ had been used.” Further, the court found that the specification failed “to disclose corresponding structure.” The Court therefore affirmed the judgment of invalidity of claims 8-16 as indefinite.

Judge Newman dissented. According to her, the statute provides a clear signal for means-plus-function claiming – the use of the phrase “means for”. By detracting from this statutory signal, she believed that the result would yield inconsistency and “further inroad into stability of claim construction.”