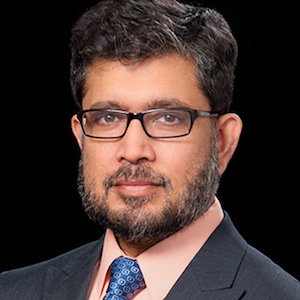 For more information or to contact Sanjeev, please visit his LinkedIn profile.

Teaching Away, Commercial Success, and Blocking Patent Doctrines All Under the CAFC Spotlight

In The Chemours Company FC, LLC v. Daikin Industries, Ltd., Nos. 2020-1289, 2020-1290 (Fed. Cir. July 22, 2021) (“Chemours v. Daikin”), the Federal Circuit clarified three doctrines involved in the determination of obviousness: teaching away, commercial success, and blocking patents. While all three panel judges agreed that the Patent Trial and Appeal Board (“Board”) misapplied the commercial success and blocking patents doctrines, they disagreed as to the Board’s application of the teaching away doctrine. In contrast to the Board, the majority found evidence of teaching away in the prior art. But Judge Dyk, dissenting, found no such evidence and called the majority’s determination an impermissible expansion of the doctrine that now encompassed a reference’s mere preference for a particular alternative.

Section 156 of the Hatch-Waxman Act provides for restoring some of a patent’s term consumed during clinical testing and Food and Drug Administration (FDA) review of a New Drug Application (NDA) for a product covered by the patent. The extension afforded under Section 156 is of great importance to a drug manufacturer given that development of a new drug from discovery through FDA approval often takes a decade or more (10-15 years), leading to the loss of a significant portion of the term of a patent covering the drug. The dispute in Biogen International Gmbh v. Banner Life Sciences LLC, No. 2020-1373 (Fed. Cir. April 21, 2020) (Biogen v. Banner) centers around the very meaning of the term “product” as used in Section 156.

Disclosure-Dedication Rule: An Effective Tool Against Infringement Claims Under the Doctrine of Equivalents

The doctrine of equivalents allows a patentee to raise a claim of infringement even when each and every element of the patented invention is not identically present in the allegedly infringing product/process. The doctrine is aimed at preventing an infringer from gaining the benefit of a patented invention by making insubstantial changes. Disclosure-dedication doctrine is a bar to the doctrine of equivalents. Under the disclosure-dedication doctrine, when a patentee discloses subject matter but does not claim it, the patentee dedicates the unclaimed subject matter to the public and cannot recapture it through the doctrine of equivalents. The public can then practice the unclaimed subject matter without fear of infringement.Eagle Pharmaceuticals Inc. v. Slayback Pharma LLC, No. 2019-1924 (Fed. Cir. May 8, 2020) (“Eagle Pharm”) is the most recent Federal Circuit case involving this doctrine. In Eagle Pharm, the Federal Circuit considered whether a patentee can avoid dedication on the ground that the disclosure occurred in an embodiment distinct from the claimed invention. The court answered the question in the negative.

The Federal Circuit recently found that a method for preparing an extracellular DNA fraction from a pregnant human female and using it for analyzing a genetic locus involved in a fetal chromosomal aberration was not directed to a natural phenomenon, and thus eligible for patenting. Illumina, Inc. v. Ariosa Diagnostics, Inc., No. 2019-1419 (Fed. Cir. March 17, 2020) (“Illumina v. Ariosa”). The decision includes a dissent. Appreciation of the reasoning of both the Majority and the Dissent is essential to understanding the current state of the debate on subject matter eligibility of processes involving natural phenomenon. The all-important question in such cases centers on how to determine whether such an invention is directed to a judicial exception. Stated differently, when does an invention that uses a natural phenomenon turn into a patent-eligible process rather than being directed merely to the natural phenomenon?

When can an inherent property add patentable weight in the context of obviousness? Over the years, the Federal Circuit has shed light on this question in a number of cases. Persion Pharmaceuticals v. Alvogen Malta Operations Ltd., Docket No. 2018-2361 (Fed. Cir. Dec. 27, 2019) (Persion v. Alvogen) is the most recent decision to address this question. In Persion, the Federal Circuit affirmed the conclusion of the U.S. District Court for the District of Delaware that asserted claims of U.S. Patent Nos. 9,265,760 (“the ’760 patent”) and 9,339,499 (“the ’499 patent”) are invalid as obvious because the feature at issue was inherent in the prior art.

To seek relief in Federal Court, a plaintiff must demonstrate a personal, legally protectable interest in the outcome of the dispute for which relief is being sought, i.e., must demonstrate standing. The legally protectable interest may be under threat because of a government conduct. In patent disputes, the plaintiff may be an inter partes review (IPR) petitioner who has challenged a patent and is dissatisfied with the final written decision of the Patent Trial and Appeal Board (PTAB) regarding upholding of patent claims by the PTAB. Here, the decision upholding the claims would be the government conduct complained of. The dissatisfied petitioner may appeal to the Federal Circuit and, to prove standing, allege that it is injured because the decision upholding the claims reduces its ability to compete with the patent owner. If the petitioner has no current interest in practicing the claims, would it have standing? No, it would not, according to the Federal Circuit in Avx Corporation v. Presidio Components, Inc. 2018-1106 (Fed. Cir. May 13, 2019) (“Avx Corp.”), where this scenario played out. The court explained that although “competitor standing” can be found to challenge government actions in certain situations, this was not one of them, as the petitioner was unable to demonstrate any present or nonspeculative interest in engaging in conduct even arguably covered by the claims at issue. Avx Corp. at 9.

An inter partes review (IPR) petitioner appeals the final written decision of the Patent Trial and Appeal Board (PTAB) as to claims upheld but is found to have no standing, as there is no present indication that the challenger would face a patent infringement suit in future. Under these circumstances, would the IPR statutory estoppel provision, 35 U.S.C. § 315(e), prevent the petitioner from asserting the challenges it brought against the upheld claims if the patent owner were to assert those claims against the petitioner in future? Note that under these circumstances, if estopped, the petitioner would have sought judicial review, but the merits of the challenges would not have been reviewed by an Article III court. This was one of the questions before the Federal Circuit in Avx Corporation v. Presidio Components, Inc. 2018-1106 (Fed. Cir. May 13, 2019) (“Avx Corp.”). Although the court declined to answer the question, as there were no adversarial presentations on this question, it clarified that the operation of estoppel was not a foregone conclusion under these facts, which, the court indicated, may fall under one of the exceptions to issue preclusion.

Determining When a Printed Publication is Publicly Accessible

Twice during the last year, the Federal Circuit found itself clarifying the meaning of public accessibility of a printed publication for the purposes of prior art under 35 USC §102. In one case, the court affirmed, and in the other, reversed the ruling of the lower tribunal. Each ruling originated from decisions of the Patent Trial and Appeal Board (PTAB). The factual contexts of the two cases are quite different. One relates to whether the relevant public had access to a catalog distributed at an event with restricted attendance. GoPro, Inc. v. Contour IP Holding LLC.  2017-1894, 2017-1936 (Fed. Cir. July 27, 2018) (“GoPro”). The other concerns the ability of a person to find a document in a library by means of an electronic search. Acceleration Bay, LLC v. Activision Blizzard Inc., 2017-2084 (Fed. Cir. Nov. 6, 2018) (“Acceleration Bay”). Neither situation is uncommon. As the Federal Circuit explained, whether the target audience would have been interested or had expertise in the subject matter of the event in which the publication was distributed is not by itself dispositive of the public accessibility inquiry. GoPro at 8. Also, where an electronic search is concerned, the test for public accessibility is not simply whether a document had been indexed.