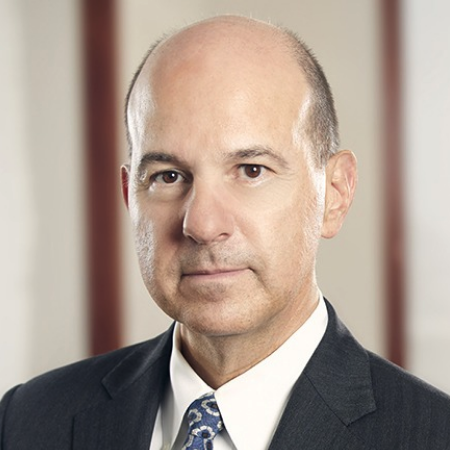 From 2009 to 2013, Mr. Kappos served as Under Secretary of Commerce and Director of the U.S. Patent and Trademark Office (USPTO). In that role, he advised the President, the Secretary of Commerce and the Administration on IP policy matters. Mr. Kappos led the Agency in dramatically reengineering its entire management and operational systems and its engagement with the global innovation community. He was instrumental in achieving the greatest legislative reform of the U.S. patent system in generations through passage and implementation of the Leahy-Smith America Invents Act, signed into law by President Obama in September 2011.

Prior to leading the USPTO, Mr. Kappos held several executive posts in the legal department of IBM, the world’s largest patent holder. From 2003 to 2009, he served as the company’s chief intellectual property lawyer. In that capacity, he managed global intellectual property activities for IBM, including all aspects of patent, trademark, copyright and trade secret protection and exploitation. During his more than 25 years at IBM, he also served in a variety of other roles including litigation counsel and Asia Pacific IP counsel, where he led all aspects of IP protection, including licensing, transactions support and M&A activity for the Asia/Pacific region.

Mr. Kappos serves on the Boards of Directors of the Partnership for Public Service, the Center for Global Enterprise and the Intellectual Property Owners Education Foundation and on the Advisory Board for C-IP2. He is the Chair of the Advisory Council of the Naples Roundtable, and the U.S. Chair of the U.S.-China IP Cooperation Dialogue. He is also an Adjunct Professor at Cornell Law School, where he teaches legal advising for the start-up general counsel.

Healthcare costs in the United States continue to rise, placing an ever-increasing burden on patients and government payer programs. Popular discourse blames patented drugs as the culprit for these rising costs. In a move that previously would have been unthinkable, policymakers have even called upon the Department of Health and Human Services to exercise a mechanism known as Bayh-Dole “march-in” rights, to break the patents on drugs that the private sector has spent billions developing, in order to lower their prices. But this fixation on patents as a major driver of America’s medical spend is misplaced.

The current unreliability of patent-eligibility law, documented thus far here, here and here, has also created undue burdens on litigants and the courts. In this final installment, we detail how the current unreliability burdens litigants and the courts and how it is a fundamental threat to U.S. competitiveness and national security. Patent infringers now routinely raise Section 101 as a defense, often merely as a strategy to complicate and prolong the litigation, rather than as a good-faith defense with a likelihood of success. For example, one analysis found that, from 2012 to 2014 (when Alice was decided), Section 101 was raised in just two Rule 12(b)(6) motions across the country each year. In the year after Alice, that number rose to 36 motions, and by 2019, accused infringers were filing over 100 such motions each year.

Systemic-level studies and data regarding impact on investment and innovation, as detailed in Part II of this series, are not the only way to demonstrate the substantial harm that the current state of patent eligibility has inflicted on the U.S. innovation ecosystem. Other robust evidence shows that current Section 101 law has harmed innovation by removing the incentives to develop and commercialize particular inventions of public importance. As another form of harm, the vagueness and breadth of the Alice/Mayo framework have also enabled accused infringers to transmogrify Section 101 into a litigation weapon in inappropriate cases that has created unnecessary burdens and costs on innovators and the courts.

The muddled state of patent eligibility law has direct and significant negative consequences for U.S. R&D investment, and for innovation in key fields of medical, economic, and strategic importance to the United States and its citizens. Uncertainty reduces R&D investment, as has been well-documented, and reliable patent protection mitigates uncertainty and generates increased R&D investment. As we explained in Part I of this series, the experts overwhelmingly agree on these points.

Patent eligibility law in the United States is in a state of disarray that has led to inconsistent case decisions, deep uncertainty in the innovative, investment and legal communities, and unpredictable outcomes in patent prosecution and litigation. These facts have been extensively documented in multiple sources, including: the statements of all 12 active judges of the nation’s only patent court, the U.S. Court of Appeals for the Federal Circuit (confirmed prior to October 2021); the findings and reports of the Executive branch across all recent Administrations; the bi-partisan conclusions of Congressional committees; a robust body of academic studies; and at least forty separate witness statements at the 2019 hearings on this issue before the Senate Committee on the Judiciary Subcommittee on IP, including statements from advocates that oppose Section 101 reforms.

On Monday,, March 2, an Amici Curiae Brief in Support of the Petition by American Axle was filed by Senator Thom Tillis, Honorable Paul Michel and Honorable David Kappos. The three amici conclude that they are “all convinced that section 101 is gravely damaging our country’s ability to succeed in the race for global innovation leadership, and all convinced that the solution to the dilemma lies with the Court taking up the American Axle case.”

As judges, former judges and government officials, legal academics and economists who are experts in antitrust and intellectual property law, we write to express our support for your recent announcement that the Antitrust Division of the Department of Justice will adopt an evidence-based approach in applying antitrust law equally to both innovators who develop and implementers who use technological standards in the innovation industries. We disagree with the letter recently submitted to you on January 24, 2018 by other parties who expressed their misgivings with your announcement of your plan to return to this sound antitrust policy.

Book Review: Patents After the AIA: Evolving Law and Practice

The treatise presents both practical and strategic advice regarding the preparation, prosecution, evaluation, enforcement, and litigation of U.S. utility patents after the passage of the AIA and effectively conveys the material in a well-organized fashion. Detailed coverage of U.S. patent law, including pre-AIA context and associated rules and guidelines, are incorporated. Particularly impressive are the “Practical Tips” the authors include in highlighted areas on many pages. Numerous graphs, tables, and pictorial illustrations assist readers’ comprehension of the material. Each chapter begins with a highly detailed Table of Contents, subdivided for ease of use. The authors write clearly and include helpful cross-references to case law, USPTO practice matters, legislation, and primary and secondary sources.

Past Events with David Kappos

Webinar: Patent Holdout and the Quest for Balance in SEP Licensing – Sponsored by InterDigital

Webinar: The Role of IP Managers in Promoting Innovation – Sponsored by Similari

Inter Partes Review: Best Practices and a Look Into the Data