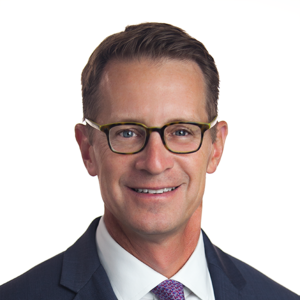 Chris Israel is a Senior Partner at American Continental Group and also the co-lead of the firm’s technology and intellectual property group.

Prior to ACG, served in the George W. Bush Administration as Deputy Chief of Staff to the Secretary of Commerce and later becoming the first U.S. International Intellectual Property Enforcement Coordinator.

Chris works with a diverse range of clients including some of the largest and most innovative companies in the world, and collaborates with top venture capitalists and innovative startups to pursue a policy agenda that has led to improvements in tax policy, investments in R&D and strengthening patent protection.

Maintains a leadership profile working on IP and innovation issues and has been a frequent public speaker and has testified before Congress multiple times both as an Administration official and since he left public service. He was previously named one of the 50 “Most Influential People on IP” by Managing Intellectual Property magazine.

Served as Executive Director of the musicFIRST Coalition during the lead up to the passage of the landmark Music Modernization Act. During this time named to Medium’s inaugural “Power 10” list of music policy leaders.

Worked under great mentors early in my career, including supporting then-CEO of Time Warner Gerald Levin to develop the Global Business Dialogue on E-Commerce a ground-breaking global organization of CEOs from the U.S., EU and Asia that developed industry best practices on matters such as online privacy, cross border data flows, and online taxation.

Prior to Time Warner, served on Capitol Hill as a legislative aide to U.S. Representatives Jan Meyers (R-KS) and Todd Tiahrt (R-KS).

B.A. from the University of Kansas and an M.B.A. from The George Washington University.

Chris Israelis a partner at , one of Washington’s top government affairs and strategic consulting firms. Chris is an accomplished public and private sector executive with senior-level appointments by the President of the United States, service on Capitol Hill and a senior-level experience within a Fortune 50 company.A frequent speaker on IP and innovation issues, Chris was named one of the 50 most influential people in IP by Managing IP Magazinein 2006. He was also the first U.S. Coordinator for International Intellectual Property Enforcement, appointed to the position in July 2005 by President Bush.

In celebration of last month’s World IP Day, Senate Judiciary Committee Intellectual Property Subcommittee Chairman Patrick Leahy expressed his support for a determined effort to encourage more individuals and small companies across this country to invent new technologies and products. He also noted the need for the U.S. patent system to incentivize this effort. The Alliance of U.S. Startups and Inventors for Jobs (USIJ) strongly supports Chairman Leahy’s important objective of empowering startups and inventors, and we frankly think it has been underappreciated for many years…. However, we are concerned with one point raised by Senator Leahy without providing much detail – that the prior Administration took “steps to undermine the Leahy-Smith Act.”

Washington Insiders Say Farewell to 2020 and Look Ahead to 2021

As we thankfully see 2020 fading into the rear-view mirror and all look forward to a hopefully much better 2021, we want to take a moment to reflect on what the past year brought us and how the stage is set for another very fluid and consequential year for intellectual property policy. In times like these, it is clear that leadership matters more than ever. During some of the most challenging times our country has faced, there were a number of places where we saw strong leadership result in tangible progress. This year has already shown us a dramatic first few days. Beyond the tragic events in the U.S. Capitol, we saw the somewhat unexpected shift of power in the Senate to Democratic control based on the election of both Rev. Raphael Warnock and John Ossoff in Georgia. It is clear that the new Congress and the new Biden Administration will face huge challenges before we approach anything close to “normal” in any sense. That said, when it comes to IP, what can we expect?

Past Events with Chris Israel