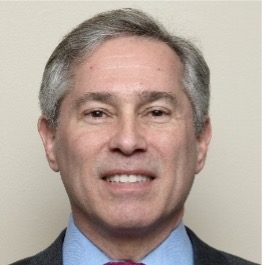 Bob Zeidman is the creator of the field of software forensics and the founder of several successful high-tech Silicon Valley firms, including Zeidman Consulting and Software Analysis and Forensic Engineering. He is an inventor, with 25 patents, and an expert witness, having consulted on over 250 IP lawsuits. His latest venture is Good Beat Poker, a new way to play and watch poker online. He is the author of textbooks on engineering and intellectual property as well as screenplays and novels. His latest novel is the political satire Animal Lab, a modern sequel to George Orwell’s classic Animal Farm.

Can a Human Patent a Space Alien’s Invention?

The 56th anniversary of the first broadcast of Star Trek just passed on September 8. I recently moderated a panel discussion at the Star Trek convention in Las Vegas, titled “Patents in the Future,” where I asked one of my favorite patent questions, one that most patent attorneys get wrong. If I find an alien invention and figure out how it works, can I patent it? I usually get the impatient answer “no” because I didn’t invent it—isn’t that obvious? But actually that’s not correct. I can get a patent.

The Supreme Court is Set to Hear a Copyright Case with Big Implications for U.S. Tech Innovation

The U.S. Supreme Court (SCOTUS) is set to hear Andy Warhol v. Lynn Goldsmith in October. It will be the latest in a series of cases the Court has taken on over the last decade-plus that promise to change U.S. innovation as we know it. The case will be heard on the heels of other controversial SCOTUS decisions that have drastically changed the legal landscape, with rulings that transfer power from the federal government to the individual states (Dobbs v. Jackson Women’s Health Organization) or that reduce federal oversight altogether (West Virginia v. EPA). It has also put limits on specific executive powers and plans to rule soon on affirmative action. Not getting as much attention, but arguably equally important, are some recent and not-so-recent decisions that have changed the landscape of the rights of authors and inventors, and the upcoming Warhol case, which may effectively remove them altogether. Unfortunately, many people, including politicians and academics, don’t understand—or refuse to recognize the importance of—intellectual property rights for the advancement of civilization.

Clarifying the U.S. Approach to Copyright and Plagiarism

Copyright is one of the most important intellectual property rights for any individual in America. The power to grant protection of copyrights “by securing for limited Times to Authors and Inventors the exclusive Right to their respective Writings and Discoveries” is given to Congress in Article 1, Section 8 of the U.S. Constitution. As an author and computer programmer, I find that many of my colleagues misunderstand these rights and the protections that they afford. For this reason, I think it is important to clear up some misunderstandings in the recent IP Watchdog article, “A Question of Morals: The U.S. Approach to Plagiarism, ‘Moral Rights’, and Copyright Infringement” by Dave Davis.

Many articles are coming out about how the recent decision in Oracle America v. Google is going to destroy the ability to create and protect software in the United States. The latest doomsday prophet is Jie Lian in his IPWatchdog article entitled Oracle v. America: Fair or Unfair. As a longtime programmer and an expert in software copyright law, I can tell you that the Federal Circuit got it right, and the decision helps software developers and encourages software development because it leaves in place the copyright protections that have existed at least since the Software Copyright Act of 1980. I am sure that most of us can agree that software development has skyrocketed since 1980.

RPost Does Not Meet Any Definition of ‘Patent Troll’

RPost has been unfairly described as a patent troll. In fact, RPost is a privately held cybersecurity technology company that has been in operation since 2000. For at least the past two years, RPost has been listed as representative of vendors in Gartner’s Market Guide for Electronic Signature… Microsoft promotes RPost on its partner website for offering “an Outlook add-in that puts advanced email capabilities in the hands of any Microsoft Outlook or Office 365 user.” Its RMail product was even favorably reviewed and recommended by the American Bar Association.

So what about the ZeniMax v. Facebook case? While you read many reports that make fantastical claims, it is important to remember that software copyright has been accepted and understood by the legal community as well as any law can be. Software copyrights have been formally codified since 1980, though copyrights on written works have been accepted since the founding of our nation. Nonliteral infringement is a long-standing and universally accepted result of copyright law and a legitimate reason for finding software copyright infringement. Was the verdict in this case correct? That is a different question entirely separate from whether software can be copyrighted and whether the legal theories were sound, but without facts to the contrary, it seems perfectly reasonable to assume that the jury made a correct decision.

Not Getting the Truth about the FBI, Apple, the San Bernardino Terrorists, and Hacking an iPhone

The FBI is not asking for a backdoor to the Apple iOS. Apple says that the FBI wants Apple to create a new version of the iOS that has a backdoor that allows bypassing security on the devices. If true, this is a preposterous request and it would be illegal, so I don’t believe it’s the case. A new OS would not allow the terrorist phone to be hacked. In fact, it would have no effect whatsoever on any existing phone that already had an older, secure OS. This is more likely a red herring that Apple is using to garner publicity and show that it is protecting customers from the big, bad government.

Why Libertarians Should Support a Strong Patent System

Libertarians believe in property rights and government protection of those rights as one of the few necessary requirements of government. Ownership of property and free markets leads to competitive production and trade of goods, which in turn leads to prosperity for all of society. Intellectual property is property like other forms of property, and so government must protect IP as it protects other forms of property because it too leads to competition and trade and prosperity. Libertarians should encourage a strong patent system and object to any “reforms” that limit intellectual property ownership or introduce more government regulation than is required.