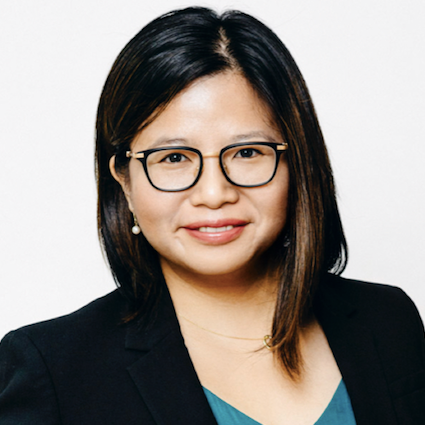 Amy Hsiao is Chair of the Asia Trademark & Anti-Counterfeiting Practice of Adsero IP, where she focuses her practice on advising Western companies on trademark, copyright, and international business transactions in China and other Asian countries.  Amy has pursued cases through all levels of China’s system and had achieved over 100 opposition wins.  She has worked with policy makers from the U.S. and Europe on trademark arbitrations, criminal counterfeit seizures, and product recalls.  She often assumes the role of a business advisor because of her ability to articulate differences between Eastern and Western systems and to turn large volumes of raw data into meaningful, actionable branding strategies.

Amy has drunk hot tea in August in Shanghai with AIC and PSB officials to push for raid actions.  She has worked through freezing blizzards in Beijing to win landmark cases and set important precedents in China’s unfair competition law.  Because of her wide array of IP experience, she was selected by China’s former Deputy Secretary-General of China’s Trademark Association as the only Western attorney to work on China’s very first trademark textbook for the Western world.

Amy is a unique blend of both Western and Chinese cultures.  As one general counsel put it: “China is a wild west; IP strategies are like a whack-a-mole game.  Often, the advice from counsel offers little guidance to business.  Amy is the rare exception.  She does not just say, ‘this is how China does it,’ she actually tells you why, and then provides legal strategy and steps that make sense.  I can now finally have an intelligent conversation with my business executives.”

Metaverse Trademark Filings in China: Protecting Brands While the Law Catches Up

As the concept of a unified “metaverse” is gaining traction, savvy brand owners are shifting their focus to securing rights in this emerging sector. In pursuit of intellectual property (IP) rights, individuals and corporations are turning to metaverse trademark filings to provide protection for goods and services in the virtual world. As of the summer of 2022, the China National Intellectual Property Administration (CNIPA) has received more than 16,000 applications that either contain the word “METAVERSE” (in English or its Chinese translation: “YUAN YUZHOU,” or both) or that include descriptions of goods and services in the virtual world, or both. These applications were filed by individuals as well as companies (big and small, both foreign and domestic). The rejection rate for traditional trademark applications in China is typically high, around 60-70%, at least in the first instance. However, the rejection rate for these new metaverse applications is even higher, hovering around 80%.

With their creative minds, marketing and advertising folks never disappoint in coming up with brilliant ways to distinguish their goods and services from the competition – for example, Tiffany’s robin’s egg blue and Hermes’ orange. This type of marketing genius allows one to immediately recognize a brand without even seeing the word “Hermes” or knowing how to pronounce it. On the flip side, these ideas are prime targets for copycats. After all, by simply changing the jewelry box color to the exact pantone shade of Tiffany’s turquoise blue, a seller could immediately quadruple his/her revenue by profiting from consumer confusion without having to increase the inventory quality or spend a dime on marketing. The question then is: is it possible to protect a color (or color combination) in all jurisdictions by registering it as a trademark?

For months now, the news has been plastered with updates on COVID-19, the novel coronavirus that has upended lives and trickled into near every facet of the modern experience. Across the political aisle, consumers and producers are questioning the current level of reliance on Chinese production for drugs, ventilators, and masks. Despite these concerns, most manufacturing alternatives, including India, are still working to reestablish normalcy, making China even more indispensable. Realistically, China is and will remain the dominant player for outsourcing production for at least the next five years. Now that Chinese factories are producing close to their full capacity, foreign investors should refocus their attention to newfound legal issues that may complicate the supply chain.

Know the Risks Before Licensing Unregistered Trademarks in China

Despite the tough talk in Washington D.C., the ability to expand your business internationally to countries such as China is exciting. But what are the steps? How do you do it and what are the issues? Some of the most common starting points include contracting an advertisement agency to run a $2 million marketing campaign on WeChat, opening an online store at JD or TMALL, and/or finding a retailer/distributor to sell your products in exchange for a percentage of each sale. But here’s the main question: What if your trademark is not registered in China?

Doing business in China is exciting and potentially lucrative; however, there are “hidden” traps. Most of these hidden traps have been extensively discussed in the Western world – for example, China’s unique subclass system and its massive counterfeiting issue. One area in which we haven’t seen a lot of discussion but has certainly triggered some headaches is the idea – or rather, the requirement – that a business should “register” its website with the Chinese government.

Past Events with Amy Hsiao