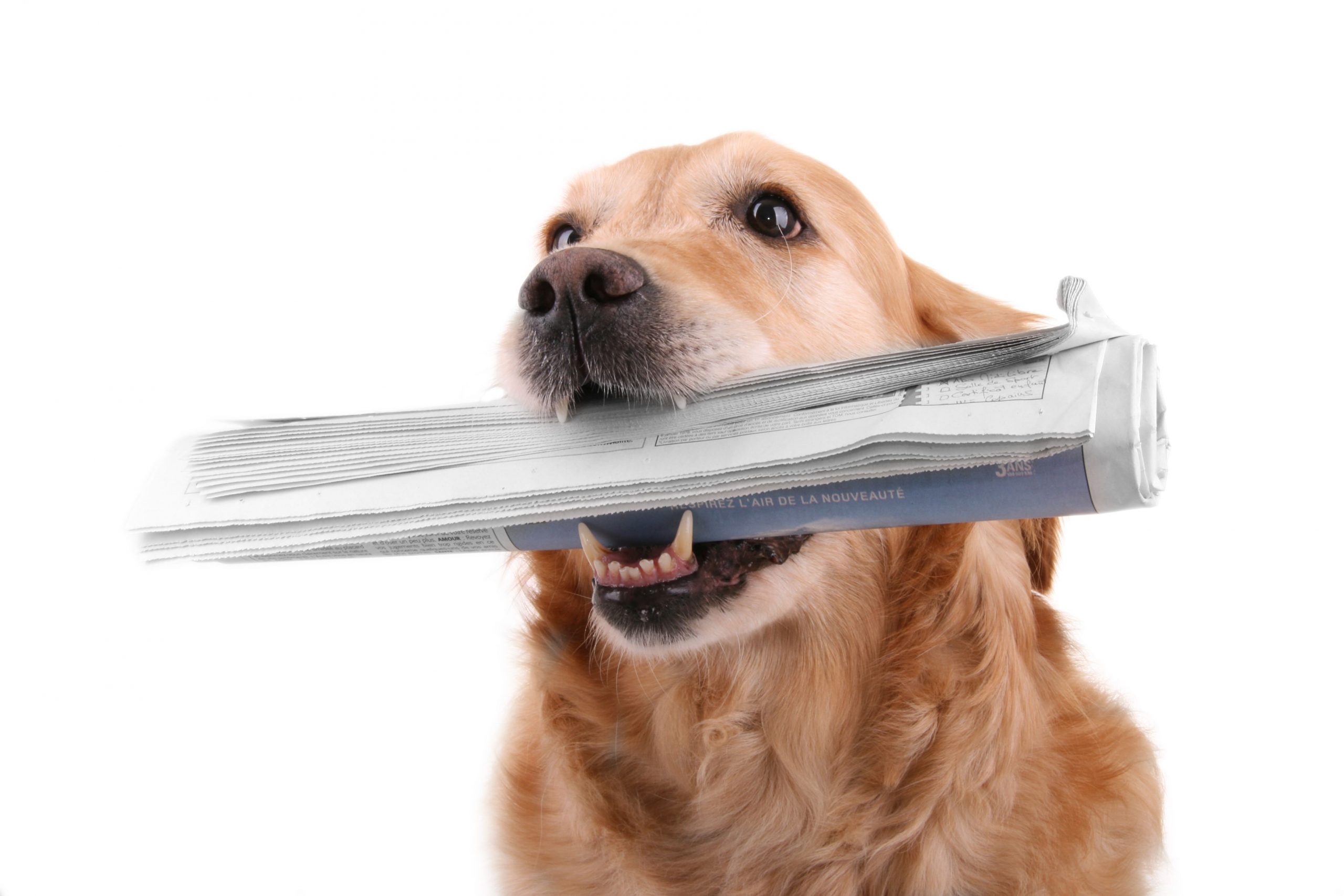 This week in Other Barks & Bites: Judge Goldberg of the District of Delaware denies Moderna’s motion to dismiss patent claims against its COVID-19 vaccine over arguments that those claims should be filed against the U.S. government; The USPTO and FDA publish a Federal Register Notice seeking public input on collaboration efforts; IBM and the USPTO announce a partnership on AI-driven IP demonstration tool; the USPTO issues the only extension to the public comment period on the agency’s RFC regarding initiatives to improve robust and reliable patent rights; the Federal Circuit rules that Uniloc has standing to pursue its patent infringement claims against Google, while finding that collateral estoppel from a previous case against Apple prevented Uniloc from pursuing claims against Motorola and Blackboard; the governments of Mexico and Switzerland question the need for extending the TRIPS waiver to COVID-19 therapeutics and diagnostics; and Spotify’s Will Page issues his annual report on the state of global music copyright, finding that the global market was valued at $39.6 billion during 2021.

CAFC Nixes Uniloc’s Standing in Two of Three Appeals, Google Still Faces Patent Claims – On Friday, November 4, the U.S. Court of Appeals for the Federal Circuit issued a pair of precedential decisions in appeals by patent owner Uniloc from district court rulings that Uniloc lacked standing to pursue patent infringement claims because of a prior license. In Uniloc 2017 LLC v. Google LLC, the Federal Circuit found that Uniloc’s non-exclusive license with Fortress was terminated by agreement prior to Uniloc’s patent suits against Google, eliminating Fortress’ ability to sublicense the patents-in-suit and maintaining standing for Uniloc. In Uniloc USA, Inc. v. Motorola Mobility LLC, involving appeals from patent suits against Motorola and Blackboard, the Federal Circuit applied collateral estoppel from a previous Uniloc appeal against Apple to find that Uniloc’s grant of a right to sublicense to Fortress eliminated standing against the appellants in that case. Circuit Judge Alan Lourie offered additional views in the Motorola Mobility decision to note that, while he agreed that Uniloc lost the present appeal because it didn’t appeal the decision in favor of Apple, patent owners don’t lose the right to sue infringers just because they have granted the right to sublicense the patent to a separate entity.

USPTO and FDA Solicit Public Input on Agencies’ Collaboration – the United States Patent and Trademark Office (USPTO) and the Food and Drug Administration (FDA) announced Friday that they have issued a Federal Register Notice advertising a joint public listening session and requesting written comments on areas for collaboration and engagement between the agencies. In a July 6 letter to the FDA, the USPTO outlined a number of ways to improve collaboration between the two agencies. “To facilitate stakeholder feedback on these initiatives, this notice includes questions on various collaboration topics,” said Friday’s announcement. The full text of the notice is available on the USPTO-FDA collaboration initiatives webpage.

Judge Goldberg Rules That Moderna, Not U.S. Government, Must Face Vaccine Patent Claims – On Wednesday, November 2, U.S. District Judge Mitchell S. Goldberg of the District of Delaware entered an order denying defendant Moderna’s motion to dismiss patent infringement claims filed by Arbutus Biopharma and Genevant Sciences over Moderna’s COVID-19 vaccine. Judge Goldberg disagreed with Moderna that the U.S. federal government should stand as the defendant for the patent claims asserted against sales of Moderna’s COVID-19 vaccine to the U.S. government.

Rep. Jordan Asks USPTO’s Vidal About West Virginia’s Impacts on Agency Rulemaking – On Tuesday, November 1, Representative Jim Jordan (R-OH) sent a series of letters to heads of Executive Branch agencies, including Kathi Vidal, Director of the U.S. Patent and Trademark Office, asking Vidal and others to provide information on agency rulemakings and policy changes in response to the U.S. Supreme Court’s 2022 ruling in West Virginia v. Environmental Protection Agency. Jordan is seeking information on the statutory authority of the USPTO for ongoing rulemaking proceedings in light of West Virginia’s application of the major questions doctrine in striking down an energy generation system-shifting approach in the EPA’s Clean Power Plan that was not based upon clear congressional authority with the Clean AIr Act for such an approach.

Mexico and Switzerland Question TRIPS Waiver Extension, Find No Shortage of COVID-19 Treatments – On Tuesday, November 1, the governments of Mexico and Switzerland sent a communication to the World Trade Organization (WTO) questioning the need to extend the waiver to international IP obligations under the Agreement on Trade-Related Aspects of IP Rights (TRIPS) from COVID-19 vaccines to COVID-19 therapeutics and diagnostics. The Mexican and Swiss governments cited data showing that IP rights are not providing a barrier to accessing treatments and that logistics issues and a lack of demand were instead leaving a great amount of treatments idle and undistributed.

CAFC Says Claim Term Definition Not Limited by Patent Incorporated By Reference – On Tuesday, November 1, the U.S. Court of Appeals for the Federal Circuit issued a precedential decision in Finjan LLC v. ESET, LLC in which the appellate court reversed the Southern District of California’s invalidation of Finjan’s asserted patent claims for indefiniteness under 35 U.S.C. § 112. The Federal Circuit found that the district court had erred in limiting the definition for the claim term “downloadable” in the asserted patents according to a definition for that claim term from a patent incorporated by reference into the asserted patent, noting that while such definitions can provide context, “incorporation by reference does not convert the invention of the incorporated patent into the invention of the host patent.”

First Copyright Registration for Work Partially Created by AI Faces Potential Cancellation – On Friday, October 28, artist and artificial intelligence (AI) researcher Kristina Kashtanova reported receiving a notice from the U.S. Copyright Office notifying her that the registration for her graphic novel Zarya Of The Dawn, partially created by AI and the first such work registered by the Office, faces potential cancellation. The notice also asked Kashtanova to provide additional information regarding the degree of human involvement in the creation of her graphic novel.

Ninth Circuit Finds No Private Cause of Action Under Nevada’s Video Streaming Franchise Law – On Friday, October 28, the U.S. Court of Appeals for the Ninth Circuit issued a ruling in City of Reno v. Netflix, Inc. in which the appellate court affirmed the district court’s grant of Netflix’s motion to dismiss claims that Netflix and Hulu owed franchise fees under Nevada’s Video Service Law. The Ninth Circuit found that Nevada’s state law does not provide a private cause of action to file a lawsuit for a declaratory judgment that Netflix and Hulu are subject to the Video Service Law.

USPTO Announces Only Extension of Comment Period on Robust and Reliable Patent Rights – On Thursday, November 3, the U.S. Patent and Trademark Office issued a notice in the Federal Register announcing that it would be extending the deadline for the public comment period on the agency’s request for comments regarding initiatives to ensure the robustness and reliability of patent rights until February 1, 2023. The USPTO’s notice indicates that this will be the only extension of this comment period.

USITC Issues LEO in Section 337 Investigation of Electrolyte Containing Beverages – On Wednesday, November 2, the U.S. International Trade Commission (USITC) announced that it had decided to issue a limited exclusion order against several defaulting respondents from Mexico in a Section 337 proceeding initiated by Houston, TX-based CAB Enterprises and Sueros y Bebidas Rehidratantes S.A. de C.V. of Mexico into certain electrolyte containing beverages with packaging and labeling infringing the trademarks of those companies.

Copyright Suit Against Mariah Carey’s “All I Want For Christmas Is You” Dropped – On Tuesday, November 1, plaintiff Andy Stone filed a notice of voluntary dismissal in the Eastern District of Louisiana, terminating a copyright lawsuit he filed in June of this year alleging that Mariah Carey’s holiday blockbuster hit “All I Want For Christmas Is You” infringed the copyright to Stone’s 1989 single of the same name released by his band Vince Vance and the Valiants.

IBM, USPTO Announce Partnership on AI-Driven IP Demonstration Tool – On Monday, October 31, information tech giant IBM and the USPTO announced that the two entities would be partnering on testing and implementing the IBM IP Advisor with Watson Demonstration System, which will utilize AI tools to help inventors better identify relevant prior art when assessing the patentability of their own inventions.

Apple Sues to Overturn USPTO’s Rejection of “Smart Keyboard” Trademark – On Friday, October 28, consumer tech giant Apple filed a lawsuit in the Eastern District of Virginia against the U.S. Patent and Trademark Office to challenge the agency’s rejection of a trademark application filed by Apple to cover the branding of its Smart Keyboard iPad accessory.

Moderna Issues Downward Revision to Guidance After Supply Chain Issues Reduce Vaccine Sales – On Thursday, November 3, pharmaceutical firm Moderna announced that it was revising its 2022 sales guidance downward from initial expectations of $21 billion down to the $18 billion to $19 billion range due to supply chain issues that are pushing some deliveries of COVID-19 vaccines into 2023.