OpenSky/VLSI Parties Battle it Out in Briefs to Vidal

“[B]ecause VLSI published the proposal to the board and the media and made allegations of fraud, extortion, and other false allegations, the public narrative has attempted to paint OpenSky as a party taking inappropriate actions…. The true inquiry should be into whether VLSI committed misconduct….” – OpenSky brief 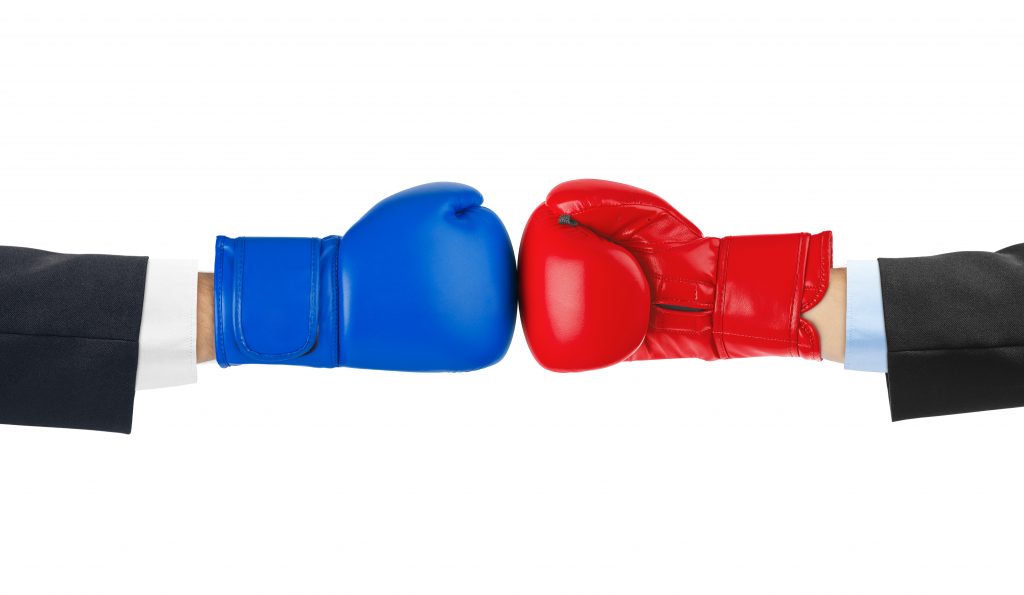 Late last week, the parties to the U.S. Patent and Trademark Office (USPTO) Director Review of the Patent Trial and Appeal Board (PTAB) institution decisions in OpenSky Industries, LLC v. VLSI Technology LLC, IPR2021-01064 and Patent Quality Assurance, LLC v. VLSI Technology LLC, IPR2021-01229, filed their opening briefs. While OpenSky vehemently denied any abuse of the PTAB system, VLSI said the cases force the USPTO to answer the question “whether the Office should allow itself to be used to facilitate extortion.”

Vidal announced in June that she would sua sponte review the Institution Decisions in the two cases because they “[raise] novel issues of law and policy, as well as issues of particular importance to the Office and the patent community.” She then requested amicus briefing in the cases in July.

The petitioners involved in the two cases were incorporated after Intel was found to have infringed VLSI’s patents in district court and have no discernable business operations beyond challenging VLSI’s patent claims. The two entities’ petitions were also nearly identical to inter partes review (IPR) petitions previously filed by Intel that had been rejected by the USPTO. Intel has now been joined as a party to both Director Review proceedings.

A late February email from OpenSky’s attorneys to VLSI’s counsel that was submitted as documentation in a separate IPR proceeding showing that OpenSky offered to ensure that its expert witness would not appear for a scheduled deposition in exchange for cash payment, contingent upon the PTAB approving a motion for joinder filed by Patent Quality Assurance (PQA).

In late April, Senators Mazie K. Hirono (D-HI) and Thom Tillis (R-NC) sent a letter  to Vidal to express their concern over the PTAB decisions to institute in the two cases. “The facts and circumstances around these proceedings suggest petitioners [OpenSky] and [PQA] brought the proceedings to manipulate the [USPTO] for their own financial gain,” explained the letter.

However, in her announcement about Director Review, Vidal found no clear error in the decisions to institute the IPRs and explained that no further briefing would be allowed as to the merits of the unpatentability challenges. The substantive IPR challenges will continue and have not been stayed as she continues her review, which is now limited to policy questions associated with what authority she has (if any), in the event she finds there is an abuse of process that is inconsistent with the objectives of the Office and the America Invents Act (AIA).

At least one amicus brief was filed last week by an inventor who suggested Vidal make her authority to sanction PTAB abuse clearer via the rulemaking process. Ramzi Khalil Maalouf said that Vidal should change the language of Rule 37 CFR 42.12(a)(6)) to indicate that the PTAB “shall” rather than “may” sanction abuse of the post grant process.

For its part, Intel denied any relationship with or knowledge of OpenSky or PQA prior to their filing of the IPRs against VLSI in its briefs, and warned Vidal that she should not allow VLSI to escape PTAB review due to any sanctionable conduct she may find either of those entities took part in. Intel alleged that the patents at issue in the cases are part of a “get rich quick scheme” conducted by Fortress Investment Group LLC, which formed VLSI as a shell entity with the specific goal of asserting low value patents via serial litigations. “Indeed, across five district court actions that it has filed to date against Intel in three different states, VLSI has sought a staggering amount of more than $20 billion in damages,” explained Intel in each of its briefs. Intel further accused VLSI of engaging in “venue gamesmanship” and benefiting from the Board’s Fintiv policy to avoid institution of its petitions.  Ultimately, Vidal should use the existing process for determining sanctions in PTAB cases, which considers “the scope of accused conduct, harm to the moving party, and the proportionality of possible sanctions,” and impose any sanctions deemed warranted “in a way that does not affect the Board’s ability to issue a final decision on the merits under the existing IPR schedule,” Intel’s brief said. It added: “Indeed, delaying resolution of the merits would only further reward VLSI for its own conduct…and help Fortress continue its broader quest to convert a host of invalid, never-used patents into windfall ‘lottery tickets’ against Intel.

VLSI: This is Extortion

In its brief in the OpenSky proceeding, VLSI detailed OpenSky’s alleged misconduct in offering to throw the IPR in exchange for a cash payment and said that IPR petitions filed by entities like OpenSky against patents that are the subject of a damages verdict “should presumptively be denied, or terminated if instituted, absent compelling proof they were filed in good faith and not for extortion.” VLSI urged Vidal not to let OpenSky and similar entities “weaponize the IPR process for financial gain.” The brief detailed how OpenSky repeatedly made cash demands of both Intel and VLSI, and said its conduct demonstrates that it clearly abused the IPR process in direct contradiction to the goals of the USPTO and the AIA. VLSI said the IPR should be terminated and the institution decision vacated, ending “the morass this case has become” once and for all. The brief also warned that allowing Intel to proceed in OpenSky’s stead would be an invitation to “future opportunists to collude with otherwise time-barred parties to enjoy a second bite at the apple after money changes hands in secret.”

Regarding the PQA IPR, VLSI also accused PQA of being in violation of three Director’s Orders governing the review, since it did not produce or log internal documents and of operating in secrecy, refusing to allow “any insight into its members, business plans, reasons for forming, [or] profit distributions.” Similarly to the OpenSky brief, VLSI claimed that the IPR should be “terminated and rendered void ab initio,” calling the proceeding “rotten from its inception.” It added: “Anything less will encourage others to follow this same path to the patent system’s detriment.”

Finally, in its defense, OpenSky told Vidal that the perceived misconduct it is being accused of actually originated from a purposely misconstrued account of the negotiations by VLSI. In fact, VLSI made the first offer for settlement, and OpenSky’s subsequent outreach, and specifically the emails that are at the heart of the misconduct allegations, merely “built on” more than six months of pursuit by VLSI of OpenSky to terminate the proceeding, said the brief. OpenSky explained:

Yet, because VLSI published the proposal to the board and the media and made allegations of fraud, extortion, and other false allegations, the public narrative has attempted to paint OpenSky as a party taking inappropriate actions….

The true inquiry should be into whether VLSI committed misconduct by making its settlement proposal and then misconstruing a response in hopes of obtaining rehearing, POP review, or Director review, all in violation of the parties’ NDA.

The real question is whether VLSI engaged in misconduct by creating such a false narrative, said the brief. Furthermore, with respect to Vidal’s question asking whether OpenSky could be subject to claims of infringement or has plans to develop and infringing product, OpenSky said those questions are irrelevant:

There is no standing or policy requirement for seeking an inter partes review…. OpenSky has not attempted to perform an infringement analysis. OpenSky does not know what products were accused of infringement in the lawsuit that VLSI brought against Intel. However, in view of the exceedingly large amount of damages that were assessed against Intel, it appears likely that a large number of Intel products were accused of infringement. If OpenSky has a computer product that contains one of these Intel products that were found to infringe, it is possible that OpenSky could be accused of infringing the ‘759 patent, e.g., through “use” of the product per 35 U.S.C. §271(a). [citations omitted]

The brief added that OpenSky has actually already accomplished one of its key goals for bringing the petition, which was to call attention to the problematic policy of discretionary denial under Fintiv. Ultimately, however, it was VLSI, and not OpenSky, that engaged in abuse of process by violating a non-disclosure agreement to release only an excerpt of a conversation, thereby painting a false narrative of events in an effort to have the IPR, and subsequently, the Director Review, terminated, said the brief.