“The use of so-called ‘anti-suit’ injunctions is an insult to American companies and the rule of law.” – Senator Thom Tillis 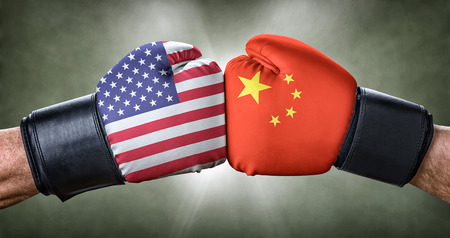 A bipartisan group of five U.S. senators have introduced a bill to amend Chapter 28 of Title 35 of the U.S. Code to include language that would “combat corrupt Chinese Courts from issuing ‘anti-suit injunctions,’” according to a joint press release issued by the senators today.

Senators Thom Tillis (R-NC), Chris Coons (D-DE), Tom Cotton (R-AR), Mazie Hirono (D-HI), and Rick Scott (R-FL) introduced the bill on March 8. An anti-suit injunction is an injunction issued by a foreign court to limit the rights of parties to pursue litigation in U.S. courts. In December 2020, for example, after Ericsson sued Samsung in the Eastern District of Texas, Samsung filed a lawsuit in Wuhan seeking to enjoin the proceedings in Judge Rodney Gilstrap’s court. Ericsson was not given advance notice of the Wuhan lawsuit, or the broad antisuit injunction requested, and an injunction was issued early in the morning on Christmas day, December 25, 2020. Ericsson ultimately won that battle when Gilstrap issued an order enjoining Samsung from taking any action to interfere with Ericsson’s U.S. FRAND lawsuit. Former U.S. Court of Appeals for the Federal Circuit (CAFC) Chief Judge Paul Michel backed Ericsson in the case, while his cohort, former CAFC Chief Judge Randall Radar, took a different approach.

The “Defending American Courts Act” would deter such behavior in the first place by imposing penalties on parties seeking to enforce such injunctions in U.S. forums. “It prohibits these bad actors from seeking review of the relevant patent at the Patent Trial and Appeal Board, and if they are found to have infringed the patent, the bill requires certain presumptions that make enhanced damages and attorney fees more likely,” explains the press release.

Specifically, the bill would add the following language:

“(1) the infringement is willful when determining whether to increase damages under section 284; and

“(2) the action is exceptional when determining whether to award attorney fees under section 285.

“(c) Patent Trial and Appeal Board.–In determining whether to institute a review under chapter 31 or 32 with respect to a patent, the Director shall decline to institute such a review if the petitioner, real party in interest, or privy of the petitioner has asserted an anti-suit injunction in any tribunal of the United States seeking to restrict a claim for infringement of the patent on the basis of the anti-suit injunction.

This provision would not apply if the subject of the anti-suit injunction consents to be bound by it.

The bill also calls for a study to be conducted by the Under Secretary of Commerce for Intellectual Property and Director of the United States Patent and Trademark Office (USPTO) to 1) examine the importance of patents to U.S. technological leadership and 2) the harms of anti-suit injunctions. The report would be due no more than one year from the date of enactment of the Act.

Commenting on the bill, Tillis said that China’s “attempt to make Chinese courts the world arbiter of intellectual property must be stopped.” He added:

Hirono said that the U.S. patent system “is under attack” and that the bill “would reclaim the jurisdiction of American courts by introducing strong disincentives for any person that seeks to enforce a foreign anti-suit injunction.”

In a separate statement sent to IPWatchdog, Liren Chen, President and CEO of InterDigital, said the company “continue[s] to applaud Senator Tillis’s clear leadership on key IP issues.” Chen called the uptick in anti-suit injunctions “a worrying trend,” and said “we cannot leave it to foreign courts without due process to set global royalty rates for intellectual property granted in the U.S. and elsewhere.”