“This is perhaps the perfect case for Judge Gilstrap to state the obvious: an innovator headquartered in Texas has a right to litigate in Texas where they do business and where the defendant similarly does business, period.” 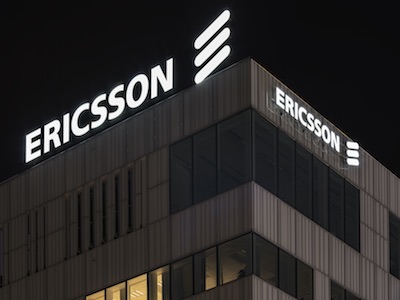 Yesterday, Judge Rodney Gilstrap of the United States Federal District Court for the Eastern District of Texas issued a temporary restraining order against Samsung in a FRAND (fair, reasonable and non-discriminatory licensing rates) lawsuit filed by Ericsson on December 11, 2020. The Order gives Samsung until January 1, 2021 to file any opposition to the continuation of the temporary restraining order, and gives Ericsson until January 5, 2021 to respond if, or more likely when, Samsung, files an objection.

At first glance to the trained eye this seems shocking, but as is so often the case in the world of standard essential patents (SEPs) and FRAND, there is much more than meets the eye.

Why would Judge Gilstrap give Samsung only until January 1 to respond? That seems unnecessarily Grinch-worthy unless he just wants to ruin whatever new year celebration COVID-19 will allow Samsung’s attorneys to otherwise be enjoying. But if you look at what provoked the issuance of this temporary restraining order you will see that after Ericsson sued Samsung in the Eastern District of Texas, Samsung filed a secret lawsuit in Wuhan seeking to enjoin the proceedings in Judge Gilstrap’s court. Ericsson was given no advance notice of the Wuhan lawsuit, or the broad antisuit injunction requested until it was issued early in the morning on Christmas day, December 25, 2020. So, Ericsson’s Christmas present from Samsung was an injunction from Wuhan for a proceeding they weren’t informed about. Merry Christmas!

Samsung’s attempt to divest Judge Gilstrap of jurisdiction over this case dealing with a worldwide telecommunications innovator that is literally headquartered in Plano, Texas is beyond egregious even for the contentious world of patent infringement litigation. Even worse, the selection of Wuhan as a venue by Samsung is duplicitous and hypocritical. Ericsson’s Emergency Application for Temporary Restraining Order summarizes the issue well:

The Wuhan court is an odd choice, as neither Ericsson nor Samsung have a strong connection there. Wuhan is not a corporate home to either company. China is Samsung’s 30th largest market for cellular devices, behind both Canada and Poland. None of the parties’ licensing negotiators reside in Wuhan, and none of the parties’ licensing negotiations had any connection to Wuhan. It is particularly surprising that Samsung, a Korean company, would file a suit in China to seek a FRAND adjudication. Less than two years ago, Samsung told a U.S. federal court, on the public record in a hearing in a breach of FRAND case, that Chinese courts are “antithetical to the United States judicial system,” “inquisitorial,” have “no due process requirements,” and that as a result, Samsung could not receive a “full and fair FRAND determination.”

Chinese courts cannot render fair justice in FRAND cases, but they are preferable to Judge Gilstrap. That is the self-interested logic of Samsung.

Let’s just acknowledge what is happening— anti-lawsuit injunctions and anti-injunction lawsuits run amok in the SEP world. While these are not new procedural tools, they have become far more popular in recent years, particularly within the SEP space, and particularly with respect to FRAND licensing disputes in the telecommunications industry. China is the home to a great many of these anti-injunction lawsuits, a fact that should surprise no one. China is trying to interfere with justice around the world.

China has been on a march toward becoming a global hegemony. Businesses and political leaders around the world, blinded by the size of the Chinese economy, have looked the other way as they have outsourced manufacturing, given away intellectual property to competing Chinese companies in exchange for access to Chinese markets, cut favorable trade deals that create inequitable tariffs, turn a blind eye to currency manipulation and refuse to hold the Chinese accountable for polluting the planet based on some misguided belief that China is a developing country like Nigeria, the Philippines, Qatar, or Turkey, when China has a larger GDP than the United States when adjusted for purchasing power and will by 2028 have a larger economy than the United States.

Something Must Be Done

Sadly, we obviously cannot look to political leaders and the vast majority of business leaders to confront the growing Chinese hegemony. Unless federal district court judges want to become nothing more than glorified filing clerks and magistrates for the People’s Republic of China, something must be done to address the growing plague of these types of anti-lawsuit injunctions. This is perhaps the perfect case for Judge Gilstrap to state the obvious: an innovator headquartered in Texas has a right to litigate in Texas where they do business and where the defendant similarly does business, period. There is no legitimate, justifiable or even plausible reason to allow Wuhan or anywhere else in China, or any other court around the world, to divest the Eastern District of Texas of its jurisdiction or to supplant proper venue.